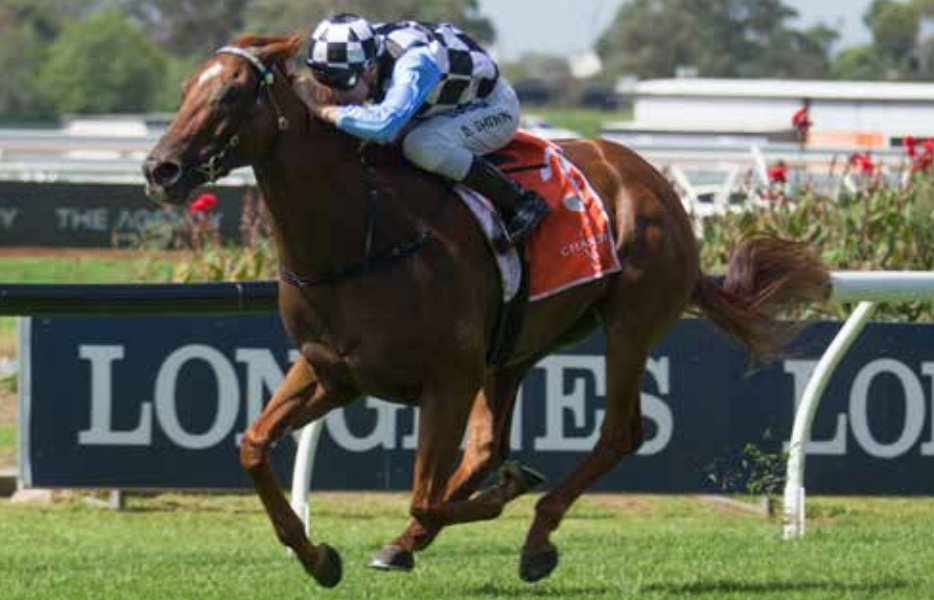 Meticulous planning to gain a Group 1 credit for valuable broodmare prospect I Am Excited (Snitzel) could come to fruition in the $750,000 Black Caviar Lightning Stakes (Gr 1, 1000m) at Flemington tomorrow.

Prominent breeder James Ferguson said the time-honoured sprint provides the perfect opportunity for the dual Group 2 winner to enhance her credentials at the elite level.

“We have no doubt she is a Group 1 mare and they are the races we are specifically targeting this autumn,” Ferguson told ANZ Bloodstock News, whose family’s Bell River Thoroughbreds part-owns the five-year-old.

The winner of six races and $758,325 in prize-money, I Am Excited has yet to be placed in the highest company but still rates as an outstanding breeding proposition.

Her dam, Lady Beckworth (General Nediym), has also produced the Group 3 victor Flippant (Hinchinbrook), while Lady Beckworth is herself a half-sister to Regard (Zabeel), who is the dam of two of the best fillies of their generation in Atlantic Jewel (Fastnet Rock) and Commanding Jewel (Commands).

“Even if she can run a place on Saturday it will add a lot to her value,” Ferguson said.

Straight course specialist Nature Strip (Nicconi) dominates betting for the Lightning but the event is far from a one-act affair, according to Ferguson.

“Funny things can happen in small Group 1 fields,” he said.

“My father (Andrew) was involved in He’s No Pie Eater and I can vividly remember watching him win his first Group 1 as an 80-1 chance.”

He’s No Pie Eater (Canny Lad) caused a boilover with Zac Purton aboard in the 2007 Chipping Norton Stakes (Gr 1, 1600m) at Warwick Farm before winning the Rosehill Guineas (Gr 1, 2000m) at a much shorter price three weeks later.

I Am Excited proved herself to be a giant-killer when she upstaged Redzel (Snitzel) in the Victory Stakes (Gr 2, 1200m) at Eagle Farm last April.

Ferguson has advised punters to overlook I Am Excited’s four subsequent failures, including two in Melbourne in the spring.

“She had some issues last year and the only time we had her right was when she beat Redzel,” he said.

“Her last campaign was a write off but she is back with a bang.”

Warwick Farm trainer David Pfieffer has primed I Am Excited for her first-up assault with two barrier trials at Randwick.

“She’s had a couple of trials and David has kept her fresh for the 1000 metres,” Ferguson said.

“It’s probably short of her best distance but when the speed is on she can unleash a devastating turn of foot.

“And there looks to be plenty of pace in the race.”

I Am Excited meets only six rivals in a select line-up tomorrow, with the septet boasting combined earnings of more than $24 million in prize-money, topped by dual Everest (1200m) winner Redzel on $16,093,500.

Nature Strip is unbeaten in four starts at Flemington, with his latest appearance resulting in a devastating all-the-way win in the $2 million VRC Sprint Classic (Gr 1, 1200m) on November 9.

I Am Excited could cap off a huge week for Bell River Thoroughbreds, which achieved outstanding results at the Inglis Classic Yearling Sale in Sydney.

“It was a phenomenal result,” Ferguson said.

“We started planning for this three years ago and to see it come off was extremely rewarding.”