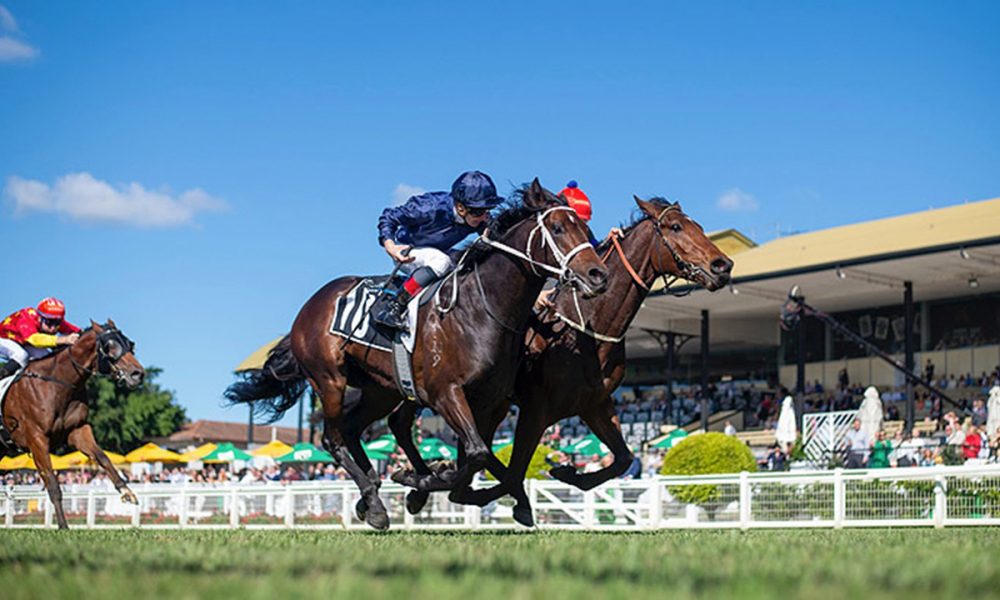 Several planets aligned to push a rare array of thoroughbred blue blood to the winning post in a number of major races last weekend, in a vote of confidence to those adages about putting the best to the best.

There were too many to limit a review to just one, but a fair place to start is the regally-bred – and regally-priced – Political Debate (So You Think), a dogged winner in The Phoenix (Listed, 1500m) at Eagle Farm.

The surging So You Think (High Chaparral) might just have the favourite in a two-year-old Group 1 when the Chris Waller-trained $900,000 yearling lines up in the JJ Atkins (Gr 1, 1600m) at the same track this Saturday. Victory could also nudge the Coolmore stallion back to first on the general sires list, in a close struggle as Yarraman’s I Am Invincible (Invincible Spirit) also chases his first title.

The 15-year-old So You Think has sired only three two-year-old stakes winners among his 41 overall – one at Group 2 and two Listed – and has only had two juvenile top-tier starters. That suggests a testament to the mix with Kiwi mare Nakataan (Zabeel) in the creation of Political Debate, and further proof of the potency of one of So You Think’s strongest nicks – Zabeel (Sir Tristram).

Nakataan herself came close to Political Debate’s yearling price, when sold for $800,000 at Karaka in 2013. But she became only a moderate performer on Australian tracks for Team Hawkes and the Hayes-Dabernig yard, with one Kilmore Benchmark 58 win and seven placings from 15 starts.

As the prices associated with her would suggest, however, there’s a good bit of class in the pedigree. Nakataan’s dam was Destined (Danehill), bred by Khalid Abdulla’s Juddmonte Farms and imported to New Zealand in 2006. Her first foal was Galileo’s Destiny (Galileo), a $230,000 Karaka 2009 yearling who went to South Africa to record two Group 1 placings – including second in the SA Derby (Gr 1, 2450m) – and five other black-type minors.

Destined’s fourth mating produced Nakataan, but the one before, with Iffraaj (Zafonic), yielded the outstanding Fix, New Zealand’s three-year-old filly of the year in 2013, the winner of three Group 2 races with a further five Group placings, including a second in the NZ Derby (Gr 1, 2400m). She later sold for $1.25 million at the Gold Coast broodmare sale in 2015 and was exported to Ireland, where she’s had two foals of each kind by Galileo (Sadler’s Wells), and a 2021 colt by Frankel (Galileo).

Political Debate was bred by the Hunter Valley’s famed Kia Ora Stud, David Paradice and Steve McCann, who acquired Nakataan after her retirement from racing in 2016. Her first offspring were a filly and a colt by All Too Hard (Casino Prince). Weona Karioi and Quorum fetched $30,000 and $200,000 at successive Inglis Classic sales, but have shown little in NSW and Hong Kong respectively. But paydirt was struck in handsome style with her third mating, with So You Think, in the colt who turned many heads at Easter last year, falling after a spirited battle to Hermitage Thoroughbreds and Coolmore’s Tom Magnier.

Political Debate fits a So You Think pattern, with Zabeel mares his second-best nick on the score of 22 winners from 27 runners, and his equal-top (with Redoute’s Choice) going by four stakes-winners, chief among them dual Group 1 victor Think It Over.

“Nakataan was a little disappointing on the track but she had a very good pedigree, and you can see from the bloodlines she looked destined to make it,” Kia Ora’s bloodstock and breeding manager Shane Wright tells It’s In The Blood.

“So You Think is not so much known for his two-year-olds, and the pedigree isn’t a hugely precocious pedigree either. But Nakataan does have a very strong pedigree the whole way down. And being a Zabeel mare, there’s not too many of them left going now, so to have one is very good, especially given her pedigree.

“And for So You Think to have a favourite for a two-year-old Group 1, it just shows the ability this horse could have.

“Political Debate was just the most magnificent type of horse – a stand-out colt at that sale; so well made, very correct and sound, so much quality and a massive loose action. Every good judge in the place was bidding on him.

“But for these two-year-olds to have ability is one thing, but to have the temperament to get there at his age is another, and he’s shown he has it in spades. And the word is he’ll be an even better three-year-old.”

Nakataan’s subsequent Deep Field (Northern Meteor) filly fetched $280,000 at Easter this year, bought by Phil Cataldo Bloodstock. Wright reports that filly now has a “magnificent” weanling full brother, and that it’s very likely Nakataan will return to So You Think this spring, having missed to him late last year.

On the other hand the filly extended a female line with a rich history. She’s the fourth foal of the unraced Invisible Coin (Redoute’s Choice), whose full sister out of Christchurch (Caerleon), was Cheeky Choice, winner of the Flight Stakes (Gr 1, 1600m) and the Tea Rose Stakes (Gr 2, 1500m) in 2006, and twice Group 1-placed. In turn, Cheeky Choice’s daughter Bit Of Cheek (More Than Ready) has thrown Blondeau (I Am Invincible), winner of the Takeover Target (Listed, 1200m) at Gosford last month.

The Team Snowden-trained filly is of course highly valuable as a member of the last crop of the late, great Deep Impact (Sunday Silence) who, incidentally, has 12 winners and two stakes-winners from 18 Australian runners this season.

But she’s also from a royal female line, being by Al Anood (Danehill).

The David Hayes-trained mare won at Caulfield and Adelaide’s old Cheltenham track and was Listed-placed at Morphettville. But she has built a far stronger record at stud as the dam of Pride Of Dubai (Street Cry), the dual two-year-old Group 1 winner who has sired seven stakes winners himself, chief among them being Group 2 and dual Group 3 winning sprinter, Bella Nipotina.

And it says much for the longevity of the rising 19-year-old Al Anood that her first named foal, back in 2009, was the More Than Ready (Southern Halo) gelding Al Aneed, a Listed winner at Caulfield in 2012.

Ghaanati’s Irish second dam Eljazzi (Artaius) has a significant Australian claim to fame. She threw Rafha (Kris), winner of the Prix de Diane (Gr 1, 2100m) in 1990, who in turn left Invincible Spirit (Green Desert), sire of 43 stakes-winners worldwide, and best known in these parts for the deeds of his son, the aforementioned super stud I Am Invincible.

And lastly, another Flemington winner from Saturday, Alverdun (Dundeel) was also bred to succeed. She’s the fifth named foal of Alverta (Flying Spur), who won the STC Coolmore Classic (Gr 1, 1500m) in 2010 among five stakes wins and is a half-sister from the American taproot mare Grilse (Rahy) to Aerobatics (Exceed And Excel), winner of three stakes races at Caulfield and Hawkesbury.

Trace along Alverdun’s female line and you hit fourth dam It’s In The Air (Mr. Prospector), an outstanding 1976 drop who won five Group 1s in the US among nine stakes wins, while also recording a further 13 black-type placings.