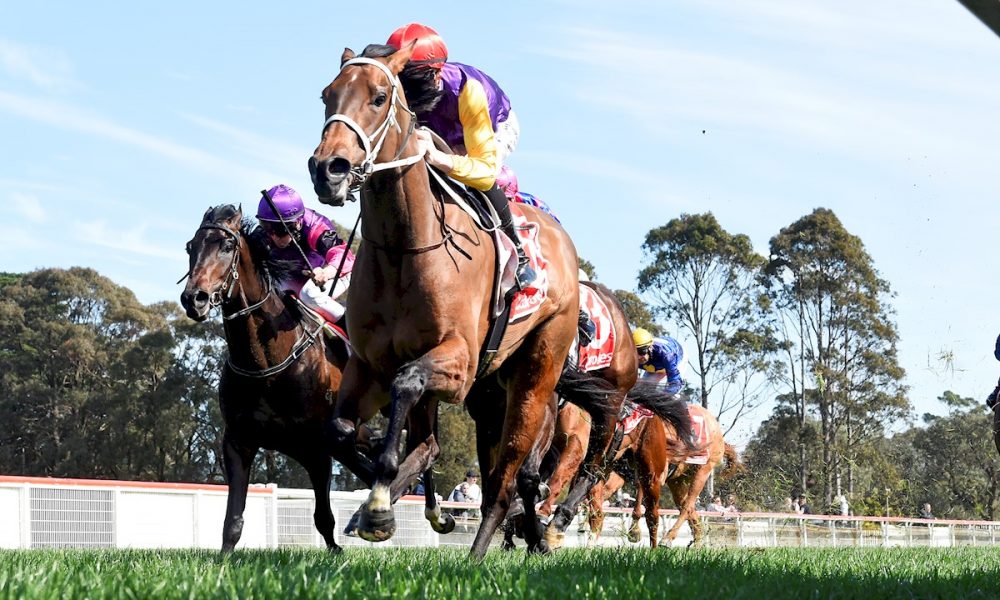 3 f I Am Invincible – Bonaria by Redoute’s Choice

I Am Invincible (Invincible Spirit) filly Bonheur made heads turn when winning a 1200-metre maiden plate by one and a quarter lengths at Moe on Tuesday.

Confidently ridden by Jye McNeil, the daughter of Yarraman Park stallion I Am Invincible beat Black Samurai (Shamus Award) with a further head back to Miss Sassy (Written Tycoon) in third.

“It’s good to get a result in those colours for Robert Anderson and the team at Widden as they stayed in her along with other bunch of good owners,” Busuttin said.

“Her mum [Bonaria] got better with age. I think she will get out over a bit further and be a nice 1600-metre filly no doubt, but it’s good to get the win out of the way today.”

A $975,000 purchase for her trainers from last year’s Magic Millions Gold Coast Yearling Sale out of the Widden Stud draft, Bonheur runs for an ownership group that includes Anderson and Widden Stud, where she was foaled and raised.

Bonheur is the second winner out of the Group 1-winning Redoute’s Choice (Danehill) mare Bonaria, who was also bred by Robert Anderson and foaled and raised at Widden.

The mare has an unnamed two-year-old filly by Zoustar (Northern Meteor) and a yearling filly by Pierro (Lonhro), but missed last spring. I Am Invincible stands for a fee of $247,500 (inc GST).