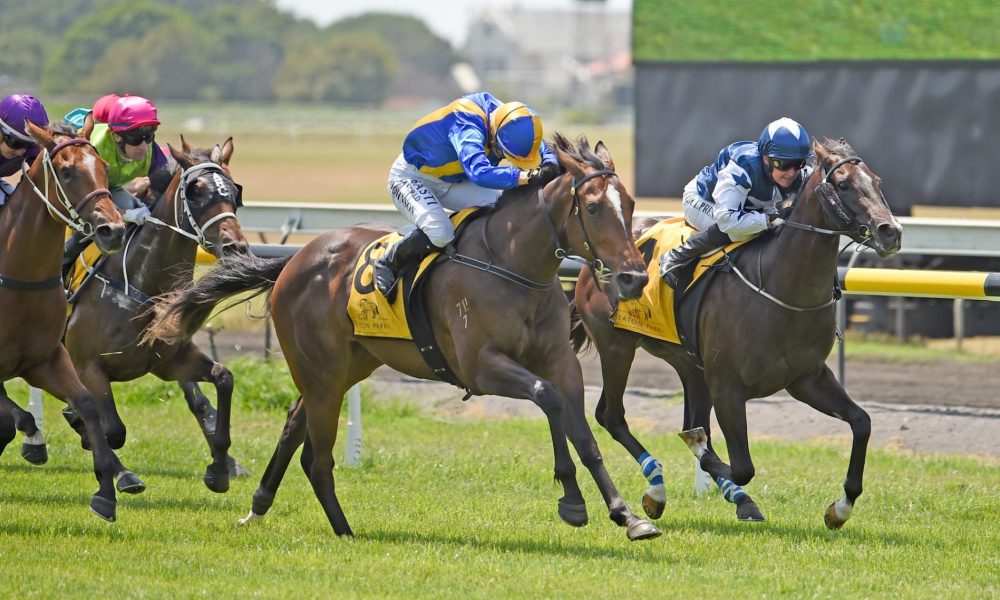 She was four deep early in the run and still three deep at the 800 metres before finding a spot on the fence. Taking closer order from the 600 metres, she moved out at the top of the straight, balanced, and went after the leader.

Between runners, she levelled up at the 50 metres and was going too well at the line to win by a long–neck.

The third foal out of the stakes-placed mare Cassie May (Red Clubs), Bonita Aurelia was purchased from the draft of Wentwood Grange as a weanling for $500 at the Karaka May Sale by AG & CM Trestrail.

Cassie May is out of the unraced mare Losers Weepers (Keeper), who herself is a sister to the stakes-placed Shock and a half-sister to Group 3 runner-up Vereza (Zabeel).

Further down the page is Sudden (Boucher), the Blue Diamond Stakes (Gr 1, 1200m) placegetter and dam of 1992 champion two-year-old in Australia Burst (Marauding).

“Her win is very encouraging and there are more to come,” he said.

Sweynesse’s first crop are two-year-olds and he was also represented the previous week at Ellerslie by Dragon Queen, who finished a promising fifth in the Karaka Million (RL, 1200m).