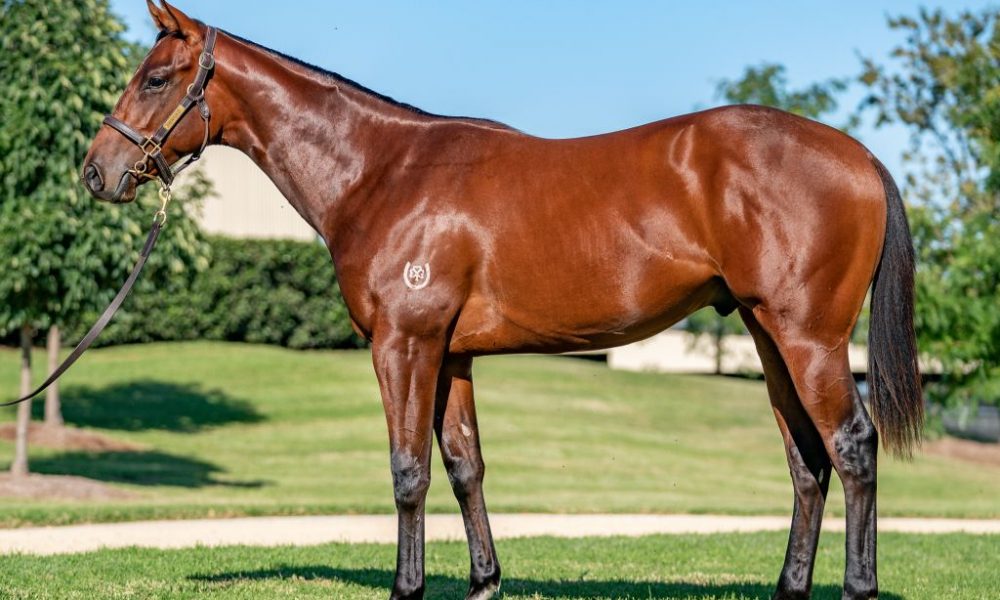 Bourbon Flyer (Flying Artie) emerged as a potential latecomer for next month’s Golden Slipper Stakes (Gr 1, 1200m) when he made a deep impression with a first-up win on the Kensington track in Sydney on Wednesday.

Trained by John Thompson and sent off at $6, Bourbon Flyer showed a professional attitude under Hugh Bowman, leading the ten-runner field into the straight before finding plenty for pressure as the tempo increased. Challenged in the closing stages, he put a length and a half between himself and runner-up Syracuse (Sebring) in the Stud & Stable Staff Awards Plate (1100m), coping well with the Soft 7 track and looking a juvenile with a bright autumn in prospect.

“He’s a very professional colt and has been from day one a very straightforward horse,” Thompson told Sky post-race as he confirmed Bourbon Flyer will be set for a Slipper trial at his next start.

“He has a good horse’s attitude and aims to please so there is more to come from him. We’ll have a throw at the stumps at one of those nice two-year-old lead-up races and see how we go. It’s up to him from here on.”

Bourbon Flyer’s victory was a significant one for his sire, Newgate Farm resident Flying Artie (Artie Schiller), who himself ran third in the 2016 Slipper prior to taking out the Coolmore Stud Stakes (Gr 1, 1200m). The exciting juvenile became his fifth individual two-year-old winner of the campaign, taking him to the head of the first season sire table by winners, one clear of barnmate Capitalist (Written Tycoon). Kitchwin Hills’ Sooboog (Snitzel) has also sired four individual victors, while fellow Newgate resident Extreme Choice (Not A Single Doubt) has three. Flying Artie stood for a fee of $16,500 (inc GST) in 2020.

Kentucky Miss, who was bought by Mula for $250,000 at the Inglis Australian Broodmare Sale last year, has a weanling sister to the pair and she was covered by I Am Invincible (Invincible Spirit) in December.

Kentucky Miss is herself out of four-time US winner Twelve Pack Shelley (Deputy Storm), who was twice successful at Listed level as well as being Grade 3-placed.