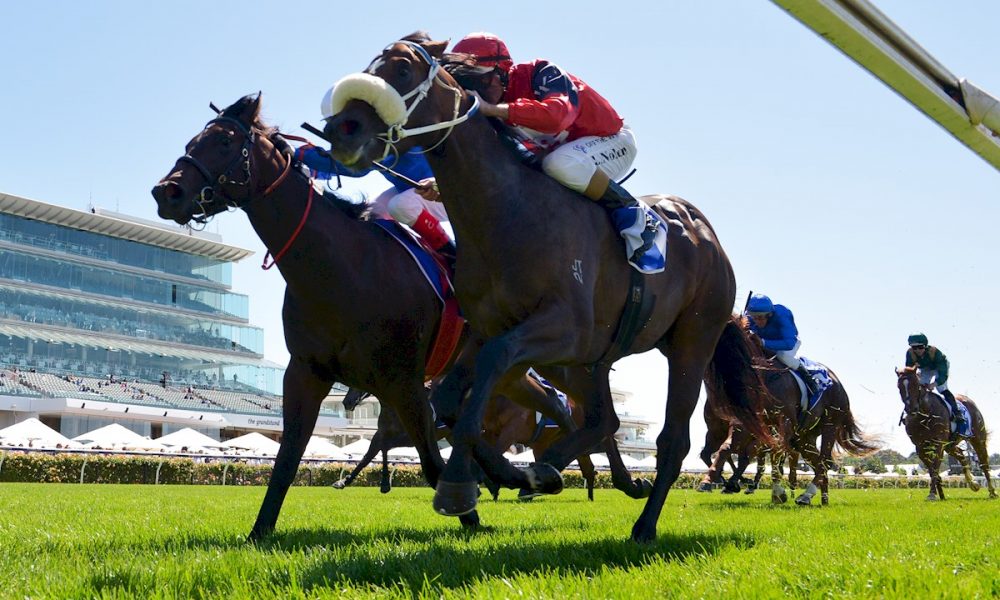 After what was a promising debut when placing second in the Debutant Stakes (Listed, 1000m) at Caulfield on October 9, Brereton (Zoustar) managed to break his maiden tag and did so at stakes level when winning the Maribyrnong Plate (Gr 3, 1000m) at Flemington on Tuesday.

His Group 3-winning dam Fuddle Dee Duddle (Red Ransom) was a high-class juvenile, placing twice at stakes level, and her two-year-old colt by Zoustar (Northern Meteor) battled bravely after being headed in the straight to score by a nose over Renosu (Exceed And Excel) with Le Gagneur (Shalaa) a further two and a quarter lengths back in third.

The Peter Moody-trained colt was ridden by Luke Nolen, who was winning a third consecutive Maribyrnong Plate after winning on Hard Landing (All Too Hard) in 2019 and Finance Tycoon (Written Tycoon) in last year’s renewal.

“Every horse when they come here the first time, or with every two-year-old, I show them the winning post,” Nolen told Racing.com.

“It is hard to get there in front most of the time but if they get there and have a look and don’t know how to go past it, then you’ve only got yourself to blame. It doesn’t always work, but I feel as though it does with the occasion.

“When I put one behind the saddle he showed good courage and tenacity. He’s got it all in front of him I feel and he’s done a good job today.”

The win also marked the first winner for the Victorian Alliance, a colts partnership led by Rosemont Stud, with Brereron one of three million-dollar colts purchased by the syndicate at their first foray into the yearling market this year.

A $1 million purchase out of the Widden Stud draft for his current owners at the Magic Millions Yearling Sale this year, Brereton is the fifth foal out of Fuddle Dee Duddle and is a brother to winner Boomps A Daisy and half-brother to winning All Too Hard (Casino Prince) gelding Hard Ransom.

Widden sire Zoustar has now sired 12 stakes winners this calendar year, including the Group 1-winning Zoutori, and stands this breeding season for a fee of $154,000 (inc GST).