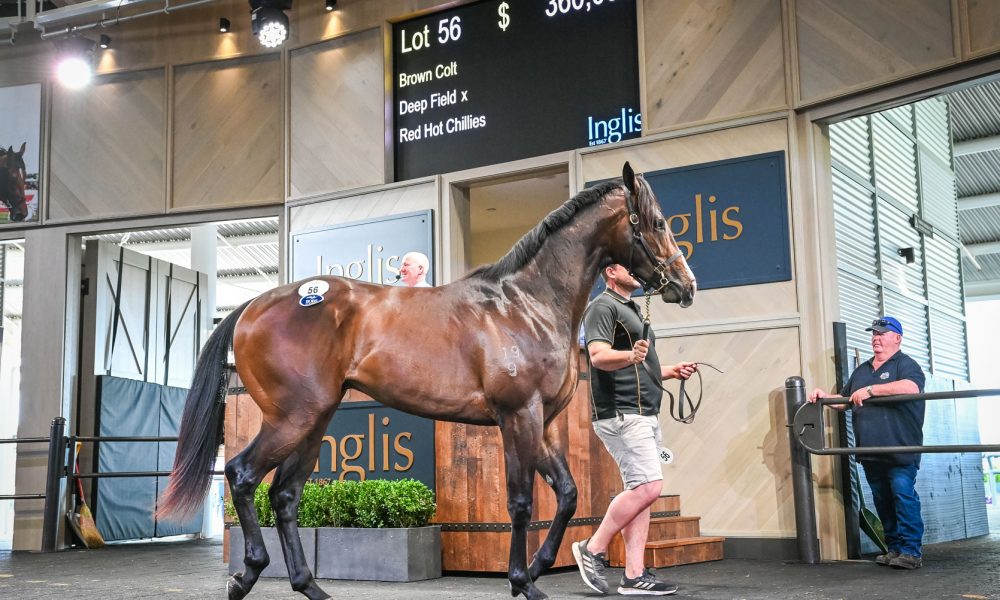 Australian interest was again high on the second day of the Tattersalls 2021 Autumn Horses In Training Sale as Trent Busuttin and Natalie Young added to their three buys at the Inglis Ready2Race Sale hours earlier, with the purchase of Bonneval, an improving gelding by Siyouni (Pivotal).

Catalogued as Lot 640, Busuttin, bidding online, went to 170,000 guineas (approx. AU$312,000) to secure the James Fanshawe-consigned four-year-old, that has won three of his nine starts to date and is currently officially rated 90.

The gelding has also not been out of the first three in seven starts this season for his Newmarket-based trainer, including two wins and a second on his last three starts.

The gelding will now move to Busuttin and Young’s Cranbourne-based stable in Victoria and represented the first signed-for purchase for the training duo at Tattersalls.

After purchasing an exciting lot on day one of the Tattersalls Autumn Horses In Training Sale, Australian Bloodstock were back in the market again on day two.

The Gleneagles (Galileo) gelding was consigned by Brian Meehan’s Manton Lodge Stables, with Rauscher going to 160,000gns to secure the lightly-raced three-year-old.

“I liked pretty much everything about this horse,” said Ronald Rauscher. “You need to when you are spending that sort of money!”

A winner of a novice contest on just his second start, he has put up some good efforts since moving into handicap company and was an easy winner on his latest start in a Class 3 race at Nottingham.

A four-year-old son of Charm Spirit, the gelding was officially rated 94 for James Fanshawe and is a three-time winner from 13 starts with a further three placings, including a solid second on his latest start in a Class 2 handicap at Goodwood.

The gelding is the fifth foal out of Listed-winning mare Shendaya (Danehill Dancer), who herself is a half-sister to the Prix Du Jockey Club (Gr 1, 2100m) runner up Shamkiyr (Sea The Stars).

A third Lot was also purchased late in the day by the syndicators as they went to 150,000 guineas (approx. AU$275,500) for the Sommerville Lodge-consigned Kettle Hill.

Another gelding by Gleneagles, the four-year-old is the third foal out of Listed-winning mare  Sentaril (Danehill Dancer), who herself is a half-sister to the Group 3 winner Enticing (Pivotal). Kettle Hill is a half-brother to the Sea The Stars (Cape Cross) gelding Magical Sight.

The action continues today for Day 3.