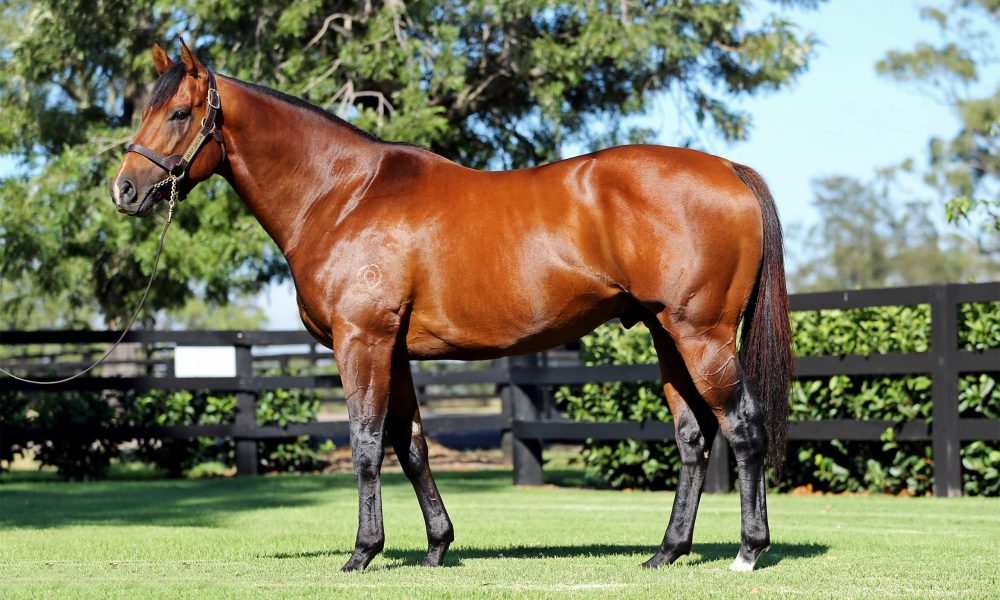 Another potential Magic Millions horse reared their head this week when California Deeply (Deep Field) showed up an impressive winner on debut at Warwick Farm in Wednesday’s Harry Angel @ Darley Plate over 1100 metres.

The Peter and Paul Snowden-trained colt went off the well-supported $4.60 second favourite under Kerrin McEvoy as the juvenile aimed to back up his 742-metre trial win at Randwick on November 23.

Breaking on terms from barrier 3, the two-year-old son of Deep Field (Northern Meteor) travelled kindly just behind the leaders throughout before being short of room heading into the final 300 metres.

Biding their time, the pair were more than good enough when the gap appeared 100 metres from home, with California Deeply quickening to score a half-length victory over Okataina (Savabeel) under hands and heels riding. The favourite Shalailed (Shalaa) was a further quarter-length back in third.

“He’s a nice little horse, very push-button,” Peter Snowden said following the win. “He was fairly forward, certainly not screwed right down but enough to run well today and he did that.

“There’s definitely improvement in the horse, he’s only a little nuggety bloke but he’s very genuine. He’s a Magic Millions colt so who knows, it’s a good start anyways.”

A $380,000 purchase for Marie Yoshida of Asian Bloodstock out of the Coolmore Stud draft at the Magic Millions Gold Coast Yearling Sale earlier this year, the colt is raced by prominent Hong Kong-based owner Howard Liang.

The Kingstar Farm-bred California Deeply is the third winner to come out of the Group 3-placed Murtajill (Rock Of Gibraltar) mare Murtle Turtle, also a winner at two, and is eligible to race in the Magic Millions Carnival next month.

Murtle Turtle was re-sold this year at the Magic Millions National Broodmare Sale for $180,000 to Merricks Station Ltd and Group 1 Bloodstock Ltd and foaled another colt by Shalaa (Invincible Spirit) this spring.

The mare also had a weanling colt by Extreme Choice (Not A Single Doubt) sell for $220,000 at the Magic Millions National Weanling Sale to Bevan Smith Bloodstock and Ferguson Bloodstock. He has been entered in February’s Inglis Classic Yearling Sale where he will be offered by Bell River Thoroughbreds as Lot 100.