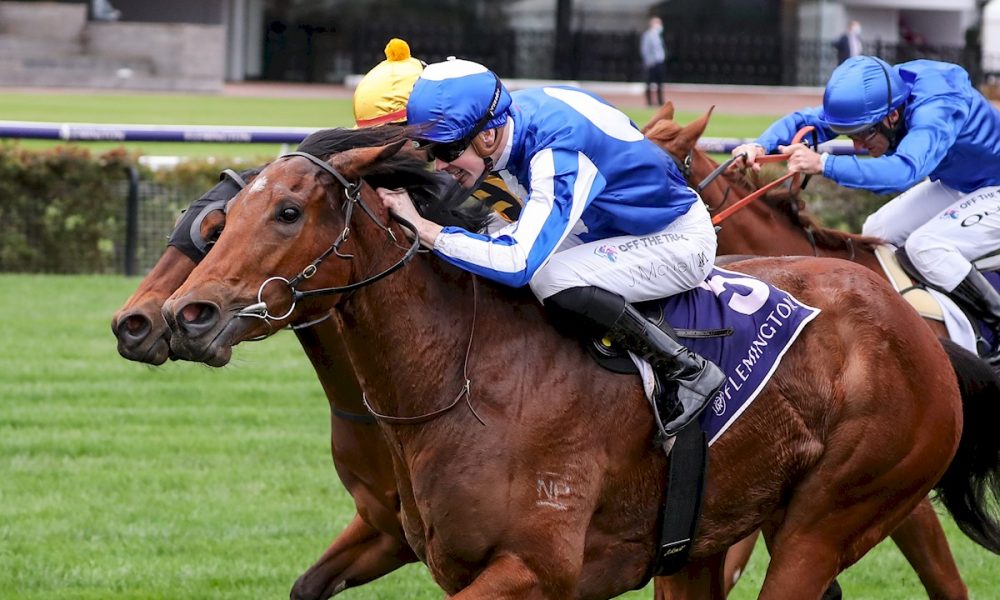 Noorilim Park to take chances in Manikato Stakes with three-year-old filly Crystal Bound, a product of their $1.3 million mare

Eleven years ago Noorilim Park’s Peter Carrick had a rush of blood at the Inglis Easter sale in Sydney. The Victorian businessman kept sticking up his hand as a Rich Hill Stud-offered filly by Zabeel (Sir Tristram) was paraded around the sales ring at Newmarket, but such was the competition, Carrick was forced to bid to $1.3 million to ensure the yearling was his.

The second highest-priced yearling of that year’s Easter sale, the filly would be named Crystalised, but she would not go on to any great heights on the racetrack, winning a Sale maiden and a midweeker at Sandown for trainer Anthony Freedman during a 15-start career.

But, more than a decade since the audacious purchase of Crystalised by Carrick and his son Glen, now running Noorilim Thoroughbreds at Arcadia near Shepparton in Victoria’s Goulburn Valley, the 13-year-old mare is on the verge of possibly repaying their enormous investment in the filly.

Crystal Bound (Not A Single Doubt), a three-year-old daughter and third foal out of Crystalised, will tackle tomorrow night’s Manikato Stakes (Gr 1, 1200m) at Moonee Valley at just her fifth start.

A six-length winner at The Valley in March at her first start, the filly broke the two-year-old track record in defeating subsequent McKenzie Stakes (Listed, 1200m) winner He’s Xceptional (Xtravagant). The Ciaron Maher and David Eustance-trained Crystal Bound returned at three to take out the Cap D’Antibes Stakes (Listed, 1100m) at Flemington prior to an on-pace third in the Thoroughbred Club Stakes (Gr 3, 1200m) at Caulfield on October 9 when beaten by stablemate Sneaky Five (Fastnet Rock).

The effort was deemed good enough for the stable to take their chances in the Manikato, a race which is deprived of the country’s best sprinters who raced in last week’s Everest (1200m).

“It is probably a limited Group 1 this year. It’s not the strongest edition we’ve seen for a while, so we thought we’d have a throw at the stumps and hopefully she can jump, lead and hold on with the 51 kilos,” breeder and part-owner Glen Carrick told ANZ Bloodstock News yesterday.

“She did disappoint us a bit last start, but I think it was more the hard track that day which didn’t help her.

“These Not A Single Doubts like a bit of cut in the ground, so I think The Valley suits. She’s had one start there and broke the two-year-old track record that day, which is a good sign.

“We’re going into this race with an open mind. We don’t expect her to win, but if she does it will be a bonus, that’s for sure.”

Carrick revealed the long association he and father Peter have had with Crystal Bound’s family after buying her mother in April 2010.

“We bought her (Crystalised) as a yearling. She cost us $1.3 million and she was obviously a well-bred filly by Zabeel,” Carrick said.

“The old man didn’t go into the ring with that much (money for her) anyway, but he can’t help himself and he went that bit harder in the ring and it might pay off in the end.

“It wasn’t looking good at the start, but hopefully Crystal Bound can turn that around for us. It would be great to have a Group 1 winner come off the farm.”

As her yearling price indicated, Crystalised had a pedigree to back up her conformation, being a a half-sister to 2008 South Australian Derby (Gr 1, 2500m) and Australasian Oaks (Gr 1, 2000m) winner Zarita (Pentire), Group 2 winner Run Like The Wind (Pins) and the well-travelled Joy And Fun (Cullen), a stakes-winning, Group 1-placed sprinter in Hong Kong and Dubai.

After her below expectation racing career, the Carricks retained Crystalised to breed with, and to date she has produced four fillies.

Her first foal, by Redoute’s Choice (Danehill), made $190,000 and is owned by Seymour Bloodstock’s Darren Thomas; her second, Crystal Dynasty (Tavistock), won her maiden at Donald last month after being withdrawn from a yearling and two-year-old sale; while Crystal Bound was bought by Maher and Eustace for $400,000. The Carricks retained a share in the filly.

Crystalised also has a yearling filly by Darley’s young sire Impending (Lonhro) who will be offered to the market in 2022.

“She is a nice filly who will be going to Melbourne Premier next year and she’s one of our nicest foals on the farm, so that is a positive,” Carrick said.

“Crystalised is going to Farnan this year, so hopefully she gets in foal and makes it a three-quarter (sibling) to Crystal Bound.”

Noorilim Park and Maher and Eustace will also team up with another horse by the pensioned Arrowfield Stud sire Not A Single Doubt (Redoute’s Choice), Easy Single.

Out of the Carricks’ mare Special Lover (Pins), a descendent of the potent Eight Carat (Pieces Of Eight) family, four-year-old Easy Single is set to line up in the Benchmark 78 Handicap (955m), the third heat of the 55 second challenge.

The gelding had 15 months on the sidelines after a second on debut as a two-year-old but has returned to win his past three starts, the most recent at Moonee Valley over 955 metres.

“He is by Not A Single Doubt as well. Because of the strathayr track, they like getting their toe in and they produce their best around it, I think,” Carrick said.

“He did have good ability as a young horse; it was just unfortunate that he got injured after his first start and had to have a bit of time off.

“(His mother) is out of the Diamond Lover family, so she is a very well-bred horse and she will be going to Snitzel this year.”