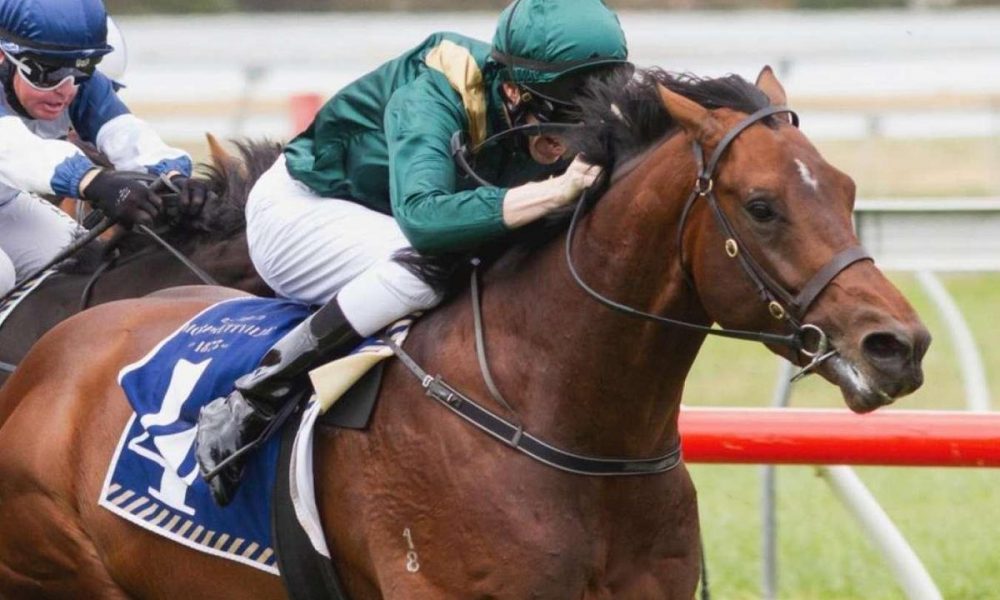 Cerberus (Dundeel) remained on track for the Victoria Derby (Gr 1, 2500m) with his breakthrough win in the Hill Smith Stakes (Listed, 1800m) at Morphettville last Saturday. The three-year-old had signalled his potential with a pair of third-placed efforts at Bendigo and Cranbourne in September and delivered at the third time of asking under Todd Pannell with a performance that suggested a further stamina test should suit.

The Anthony and Sam Freedman-trained galloper raced third-last in the field of eight, three wide, but was only four lengths off the lead with 800 metres remaining and rounded the home turn four deep but placed handily for a winning effort. Cerberus took his time to reach top gear but made gradual headway to edge ahead close home for a long-neck success over Jungle Magnate (Tarzino), with Max Fire (Star Turn) a half-length behind the winner in third.

“It was a tough performance, it’s never easy to sit wide and win like that, but he was strong to the line,” said Anthony Freedman. “I will get him home and see how he comes through the trip, but he could head to Moonee Valley for the Vase then back up into the Derby or potentially head straight to the Derby.”

James Harron went to $750,000 to purchase Cerberus out of the Magic Millions Gold Coast Yearling Sale in 2020, the colt having been offered by Mill Park Stud. Better known for securing speedier types, Harron could not have helped but be attracted by a page choc full of high-class performers. The family, shaped by Ecurie Wildenstein, features the Group 1 winners Volga (Caerleon), Vallee Enchantee (Peintre Celebre), Vespone (Llandaff) and Maid’s Causeway (Giant’s Causeway), as well as Melbourne Cup (Gr 1, 3200m) and Hong Kong Vase (Gr 1, 2400m) runner-up Purple Moon (Galileo), and Landfall (Myboycharlie), who as Rise High won the Sha Tin Trophy (Gr 2, 1600m) and was third in the Hong Kong Cup (Gr 1, 2000m).

Cerberus, who races for a James Harron Bloodstock ownership group, was bred by South Australian Hall of Famer Harry Perks’ Country Wide Breeding Syndicate and is the third foal and third winner out of his dam, Scarlet Moretta (Fastnet Rock), a winner of two races, at 1200 metres and 1540 metres, from 18 starts. The mare was a $300,000 Inglis Easter yearling and sold for $87,500 as a breeding prospect to Hancock Quality Bloodstock at the 2015 Inglis Great Southern Sale. She has a two-year-old by Churchill (Galileo) and a yearling by Tosen Stardom (Deep Impact).

The promising colt was the most expensive yearling by Dundeel (High Chaparral) sold in 2020 and he became his sire’s, who stands at Arrowfield Stud for a fee of $66,000 (inc GST), 16th individual stakes winner. Dundeel has produced six stakes winners to mares by Danehill-line stallions including the Group 1 winners Super Seth and Atyaab.