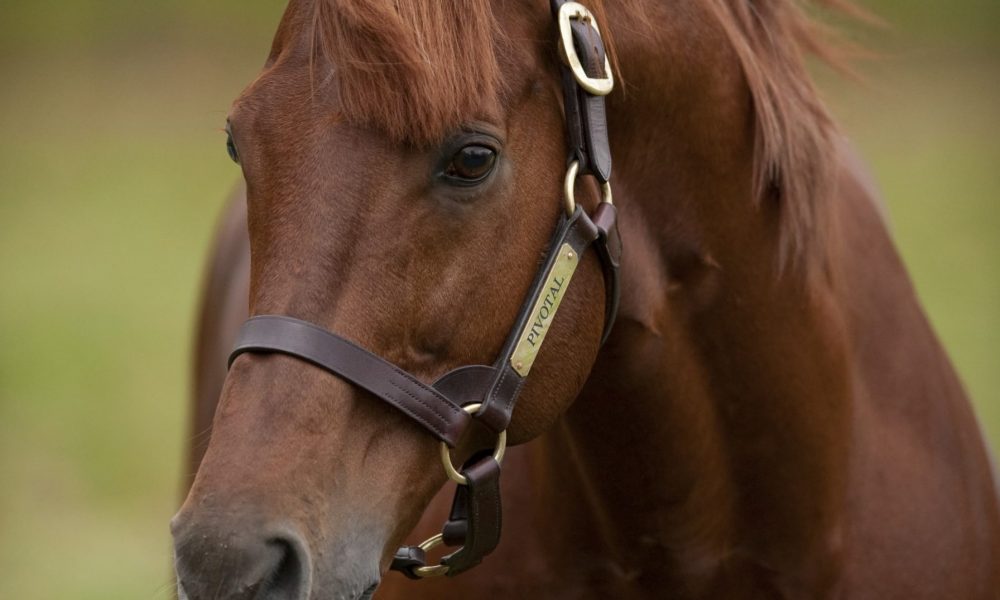 A phenomenal chapter for Cheveley Park Stud and for British bloodstock has come to a close as the Newmarket operation has announced the death of the stud’s great sire Pivotal (Polar Falcon) at the age of 28.

The son of Polar Falcon (Nureyev) stood for 24 consecutive seasons at Cheveley Park – following a racing career in which he won the Nunthorpe (Gr 1, 5f) and King’s Stand Stakes (Gr 1, 5f) – during which time he developed into one of the most influential stallions of the modern era.

He took up stallion duties at a fee of £6,000 and immediately proved popular with breeders, becoming a leading British-based first-season sire, and he soon sired his first British Group 1 winner in Nunthorpe Stakes winner Kyllachy.

The chestnut also made an impact as a sire of sires, with seven of his sons siring Group 1 winners, notably Siyouni, who has already produced the Robert Scarborough-bred St Mark’s Basilica and Sottsass, and Farhh, responsible for Queen Elizabeth II Stakes (Gr 1, 1m) hero King Of Change.

Siyouni has also made a significant impact on the Australian racing scene in recent years with notable winners including Todman Stakes (Gr 2, 1200m) winner Aylmerton and last season’s Without Fear Stakes (Listed, 1050m) winner See You In Spring.

He was retired from stud duties after the 2020 breeding season and remained at Cheveley Park.

Chris Richardson, managing director of Cheveley Park, said: “The story associated with the mighty Pivotal is truly extraordinary, considering he was the result of the very first covering for his sire, Polar Falcon. Thankfully, as a yearling, it was decided to retain him to race, rather than offer him for sale, as we did with the other yearling colts by Polar Falcon that year.

He continued: “Having covered a relatively small book of mares in his first year his resulting progeny excelled and inspired at all levels, which they have continued to do throughout his career, both domestically and internationally.

“On the world stage, Pivotal has excelled as a sire, a sire of sires and as a broodmare sire, to the highest level and all of us at Cheveley Park Stud have been so blessed to have been part of his life for 28 years.”

By Kitty Trice and Daniel Harrold

In this Morning Briefing