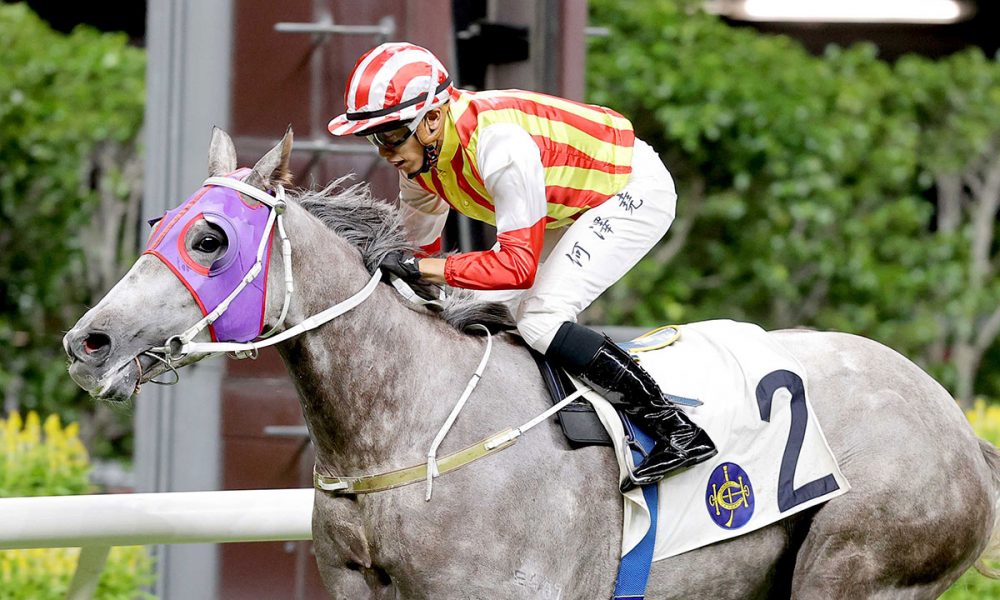 Cruz was elated at Circuit Elite’s (Mastercraftsman) effort to land the Class 5 Tai Hang Handicap (1800m) under Vincent Ho after the grey accelerated past his rivals near the 700-metre mark, sweeping to a two-length margin before Street Scream’s (Street Boss) tough victory under Matthew Chadwick in the Class 3 Chai Wan Handicap (1200m).

“Condition-wise, leading up to Sunday’s race, I’m very happy with everything California Spangle has done,” Cruz said. “He’s pretty tuned up for this race. It will be a small field and he shows a lot of speed and he’s going to do the same thing and go to the front again and try and dictate the race.”

Cruz will use the Celebration Cup – the first Group race of the 2022/23 season – to formulate plans for California Spangle, who emerged as one of Hong Kong’s most exciting talents last season with four wins and four seconds from eight starts while rising from 69 to 111 in the handicap.

“After this race on Sunday, I will talk with Zac [Purton] about whether we go longer in distance or shorter in distance. There’s a mile race on 16 October and then there’s a 1200-metre race a week after that.

“We haven’t decided yet, but we will talk after Sunday.”

Taking his seasonal tally to eight winners from only 29 rides, Purton underlined his confidence with a masterful ride aboard Telecom Fighters (The Brothers War) in the Class 2 Causeway Bay Handicap (1650m) for Me Tsui to continue his rich vein of form.

“He’s probably been rewarded for his consistency last season,” Purton said of Telecom Fighters, who has posted all five of his Hong Kong wins at Happy Valley.  “He always tries and he’s always there to be run down. I thought he was probably short of a run today but he got an easy lead and that helped. He was ‘gassed’ the last 150 [metres], but he kept trying – I’ll give him that – but he only just held on.”

After a luckless 2021/22 term, Pretty Queen Prawn rewarded Whyte’s patience with a clinical win in the Class 4 North Point Handicap (1000m) under Hewitson.

“He’s been probably one of the unluckiest horses in Hong Kong with the draws and circumstances,” Whyte said. “He deserved that win tonight. He got a gate [two] and obviously backing up from last week, Lyle gave him a great ride.

“He held Nextmodel out and he followed the leader [Super Commander] and he got a good suck into it. I’m just happy to have a winner for the owners.”

Hewitson and Whyte closed the meeting in triumphant fashion, striking with Durham Star in the Class 4 Quarry Bay Handicap (1200m).

Yee Cheong Warrior (Animal KIngdom) extended David Hall’s positive start to the season with a slender victory in the Class 4 Sai Wan Ho Handicap (1650m) under an inspired ride by Matthew Poon, who didn’t go around another horse in winning by a head over Charizard (onemorenomore).

“It was a great ride by Matthew, he hugged the rails and sometimes you need luck at Happy Valley,” said Hall after posting his third winner from only 12 runners so far this season.

Ruan Maia wasted little time in igniting his season, returning from suspension to lift Richard Gibson’s Fortune Hero (Starspangledbanner) to victory in the Class 5 Shau Kei Wan Handicap (1200m), giving both jockey and trainer their first successes of the campaign.