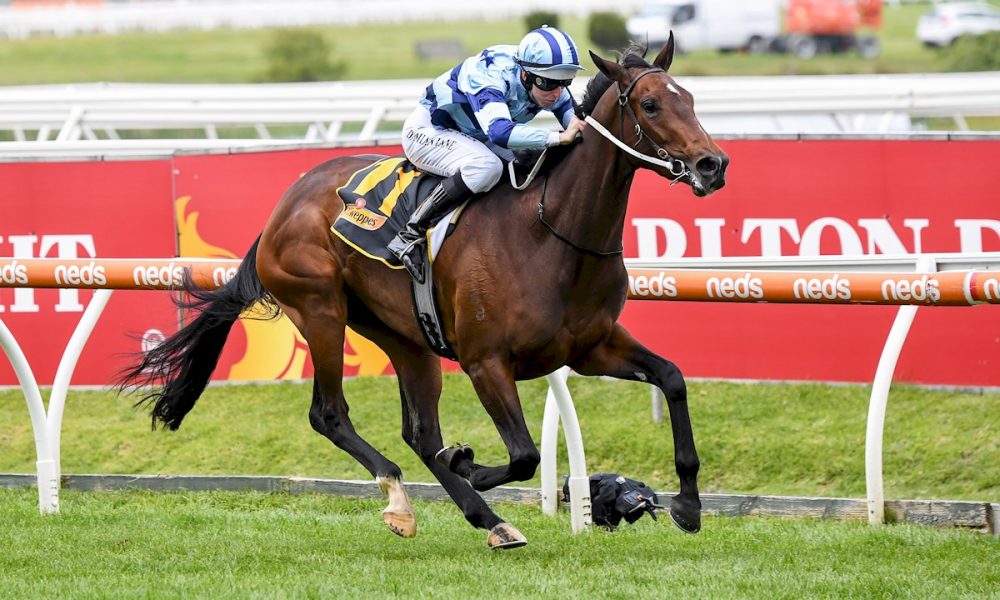 Daisies (Sebring) appeared to have booked her ticket to the VRC Oaks (Gr 1, 2500m) when she sealed a first career success with a classy performance in the Ethereal Stakes (Gr 3, 2000m) at Randwick last Saturday.

The filly, who is from the penultimate crop of her Golden Slipper-winning sire Sebring (More Than Ready), made her career debut as recently as September 9 but bloomed when stepped up over a distance of ground at her fourth outing. Her rider, Damian Lane, wise to a slackening pace, made a decisive move to take the lead at the 1000-metre point and the three-year-old kicked on to seal victory by a length and three quarters.

That breakthrough for the Mick Price and Michael Kent Jnr-trained filly followed a trio of useful performances in which she placed fourth in a 1200-metre Mornington maiden, fifth in the Thousand Guineas Prelude (Gr 2, 1400m), and sixth in the Edward Manifold Stakes (Gr 2, 1610m).

”I think she’ll go into the Oaks from here,” Price said after Saturday’s win. “We always wanted to go to 2000 metres which is why we didn’t run her in the Thousand Guineas. I thought she’s still learning, she’s not the quickest out of the gates but I did ask Damian, ‘get a man up’, put her nose in the ‘v’ and see if we can get a little bit tactical.

The Zabeel (Sir Tristram) comes through Daisies’ second dam, Empress Lily (Zabeel), who was third behind Serenade Rose (Stravinsky) in the 2005 VRC Oaks, and is herself a daughter of the triple Group 1-winning New Zealand champion Tycoon Lil (Last Tycoon), and a half-sister to the Australasian Oaks (Gr 1, 2000m) runner-up Estee (Redoute’s Choice).

Daisies was purchased by Sheamus Mills Bloodstock for $250,000 out of the Widden Stud draft at the Gold Coast Yearling Sale and races for a partnership that includes both consignor and buyer. Her sire, Sebring, stood at Widden Stud until his passing in early 2019.