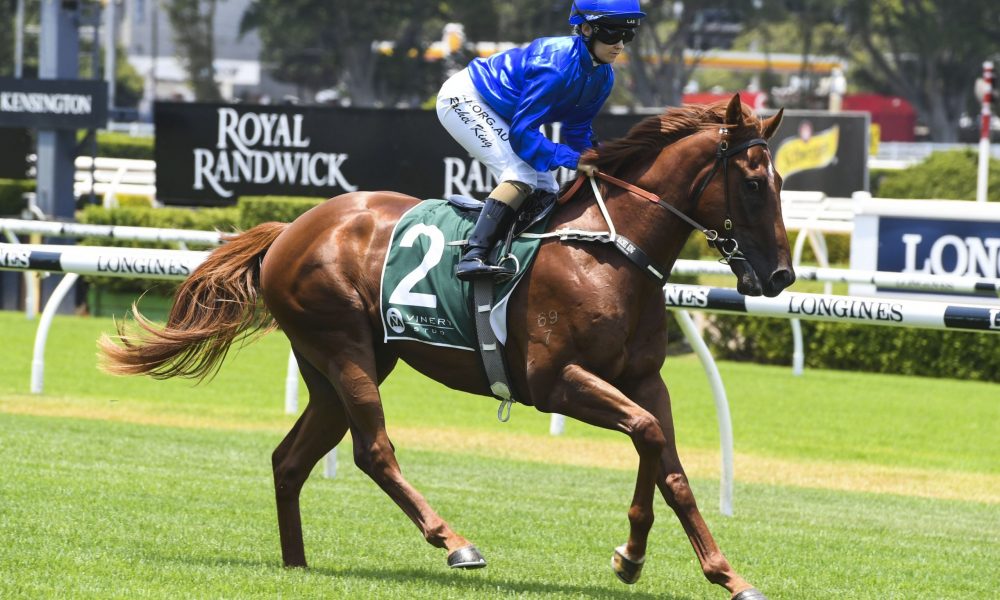 The common thread? All broke 1:04 for the Warwick Farm 1100 metres as two-year-olds. This fact, pointed out by leading form analyst Dominic Beirne on Twitter.

Even if the track was running incredibly fast – which looks likely given the other two-year-old winner at Warwick Farm, Forbidden Love (All Too Hard), also broke 64 seconds, although in slower time than the colt – it is still a performance that suggests Damaged is one to follow going forward.

In particular, the manner of Damaged’s two and a half length win over Mark Newnham’s debutant Codebreaker (Exceed And Excel) suggests that the Godolphin colt will be a horse to watch against better company.

“He’s pretty push button, which makes life really easy,” said British jockey Tom Marquand, who rode his first winner in the royal blue down under. “He showed the promise that he half teased he had. It’s always an honour to ride a winner for Godolphin.”

Damaged had stepped out for the first time on Boxing Day, finishing second behind the subsequent Group 3 placegetter Return With Honour (Fastnet Rock). He is next likely to head to the Kindergarten Stakes (Gr 3, 1100m) on the first day of The Championships.

She has produced six foals; five who have raced, with Damaged the fourth to win. Her best foal has been Shards (Medaglia d’Oro), winner of the Up And Coming Stakes (Gr 3, 1300m) in 2015; he continues to race in Singapore under the name Wonder BB, having also had the name Yulong Medal.