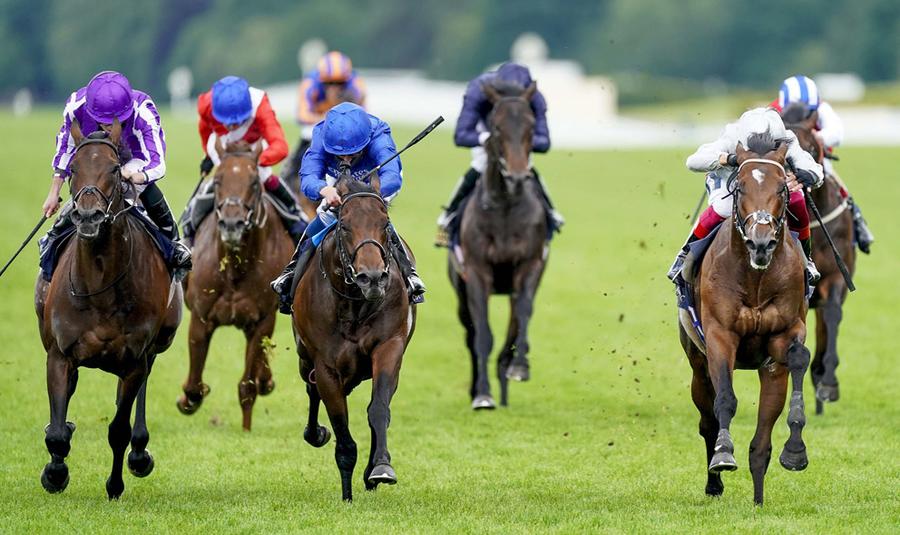 Multiple Group 1 winner Palace Pier (Kingman) has been retired and will take up stud duties at Darley’s Dalham Hall base in Newmarket from 2022.

Following yesterday’s announcement, the operation’s director of stallions, Sam Bullard, revealed there is a strong possibility the son of Kingman (Invincible Spirit) could shuttle to Darley Australia in the future.

“The first thing is that the welfare of the horse comes first, second and third. Nothing definitive will be decided until we know whether he is up to it in every way,” Bullard told ANZ Bloodstock News yesterday.

“In saying that, if there is a demand in the Australian market for one of our young horses then we would be keen to send it.

“Being the champion of Europe and the best miler in the world, I would think he’s going to be in demand everywhere. He’s got to get through the first weeks of covering here before he is subjected to anything like that. But certainly we would hope that it’s a possibility.”

Purchased by his trainer John Gosden for 600,000 guineas at Book 1 of the 2018 Tattersalls October Yearling Sale from the Highclere Stud draft, Palace Pier retires the winner of nine of his 11 career starts, with five of them coming at the elite-level and with prize-money earnings of £1,736,442 (approx. AU$3,195,029).

Unbeaten in his two starts as a juvenile, Palace Pier landed a handicap over a mile on his first start as a three-year-old before going to claim victory in the St James’s Palace Stakes (Gr 1, 1m) at Royal Ascot, beating Champion two-year-old Pinatubo (Shamadal) – who shuttles to Darley’s Kelvinside base – and Wichita (No Nay Never) in an exciting finish.

Palace Pier went on to win the Prix Jacques le Marois (Gr 1, 1600m) before a gallant effort when third in the Queen Elizabeth II Stakes (Gr 1, 1m) at Ascot on Champions Day on his final start at three.

Having been assessed as the the world’s leading miler of 2020 on the international classifications, the four-year-old returned to action this season when landing the Mile Stakes (Gr 1, 1m) at Sandown by eight lengths and went on to post a win over subsequent Group 1 winner Lady Bowthorpe (Nathaniel) in the Lockinge Stakes (Gr 1, 1m) at Newbury in May.

The John and Thady Gosden-trained entire was unlucky not to add a sixth Group 1 victory to his CV when running a brave second behind the unbeaten colt Baaeed (Sea The Stars) in the Queen Elizabeth II Stakes last Saturday.

Palace Pier is one of two winners out of the unraced Nayef (Gulch) mare Beach Frolic, who was herself purchased by Coolmore’s M V Magnier for 2.2 million guineas at the 2020 edition of the Tattersalls December Mares Sale.

“Palace Pier is a wonderful horse to look at – and he’s even more impressive in full flight,” said Bullard. “He’s dominated the hugely competitive mile division for two seasons. He’s a very rare talent and we are privileged to be standing him.”

Palace Pier will become the first son of Kingman (Invincible Spirit) to stand at Darley and should he end up shuttling to Australia he will be only the second son of the Juddmonte stallion available to breeders in the country, joining Calyx, who stands at Coolmore Australia.

King Of Comedy, a Listed winner and Group 1 runner-up in the UK, is standing his first season at Novara Park in New Zealand.

A fee for Palace Pier will be announced at a later date.