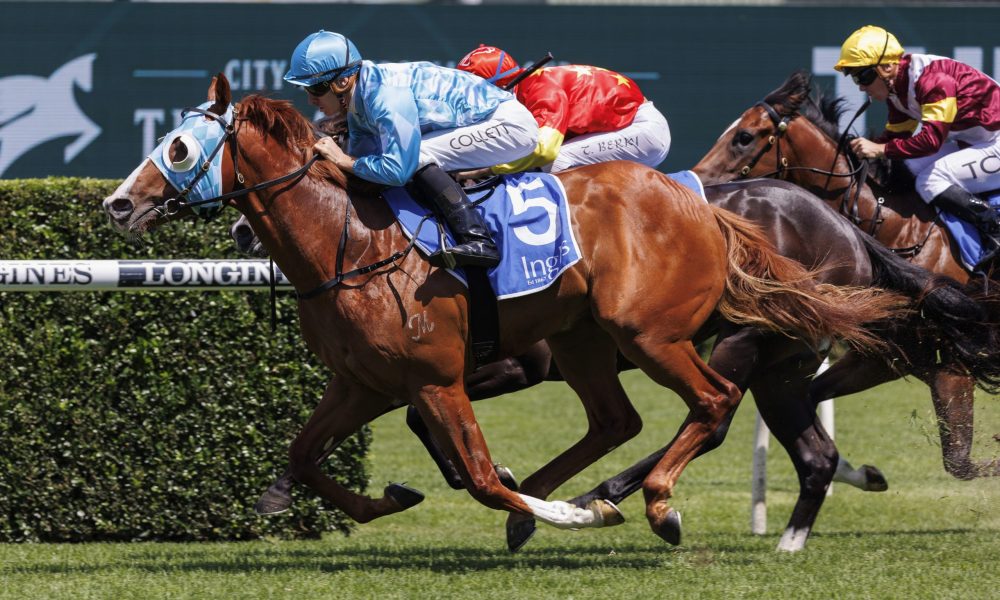 Showing the experience of his debut second at Cranbourne on November 13, El Padrino settled in fourth place upon breaking and moved closer to the leaders turning into the home straight, despite finding himself trapped wide under Jason Collett.

Continuing to make good progress, the $10 chance produced an electric turn of foot to beat previous winners Calgary Stampede (Snitzel) and Athletica (Exceed And Excel) by a long neck and a length respectively.

Stablemate and race-favourite Boldinho (Brazen Beau) finished another half-length back in fourth having had no luck in running. The win marked the second consecutive success in the $400,000 contest for Maher and Eustace after Acrobat (Fastnet Rock) scored in the race 12 months ago.

“Good horses win this race. She Will Reign won it and then won the Slipper, as did Mossfun, Wild Ruler and Extreme Choice have also won it and went onto win feature Group 1s as colts etc, so it’s a great race to win. It’s a formula that’s tried and true and now El Padrino joins the list,’’ said the stable’s assistant trainer Jack Bruce.

Bruce admitted that the Golden Slipper Stakes (Gr 1, 1200m) now had to be the target for El Padrino, and that the Inglis Millennium (RL, 1100m) back at Randwick on February 5 would provide as the ideal lead-up towards the feature race held in March.

“You’ve got to have a serious look at the Inglis Millennium with him now, with the prize-money on offer and it being a genuine lead-in to the Golden Slipper with some of the prize-money now counting too for Slipper qualification, so that’s the obvious consideration next,” Bruce said.

Bred by Peter Murray’s Murray Thoroughbreds, the colt was purchased by his trainer for $210,000 from the Three Bridges Thoroughbreds draft at the Inglis Premier Yearling Sale earlier this year.

El Padrino is the first and only foal to race out of the winning Fastnet Rock (Danehill) mare Misty Rock, who has most recently produced a filly by Brutal (O’Reilly), and who Murray purchased for $30,000 at the 2018 Inglis Melbourne Spring Thoroughbred Sale.

The two-year-old’s half-sister by Saxon Warrior (Deep Impact) was purchased by Paul Willetts Bloodstock Consultancy for $30,000 at the Inglis Sydney Weanling Sale and is set to be offered by Newhaven Park as Lot 274 at the upcoming Magic Millions Gold Coast Yearling Sale.