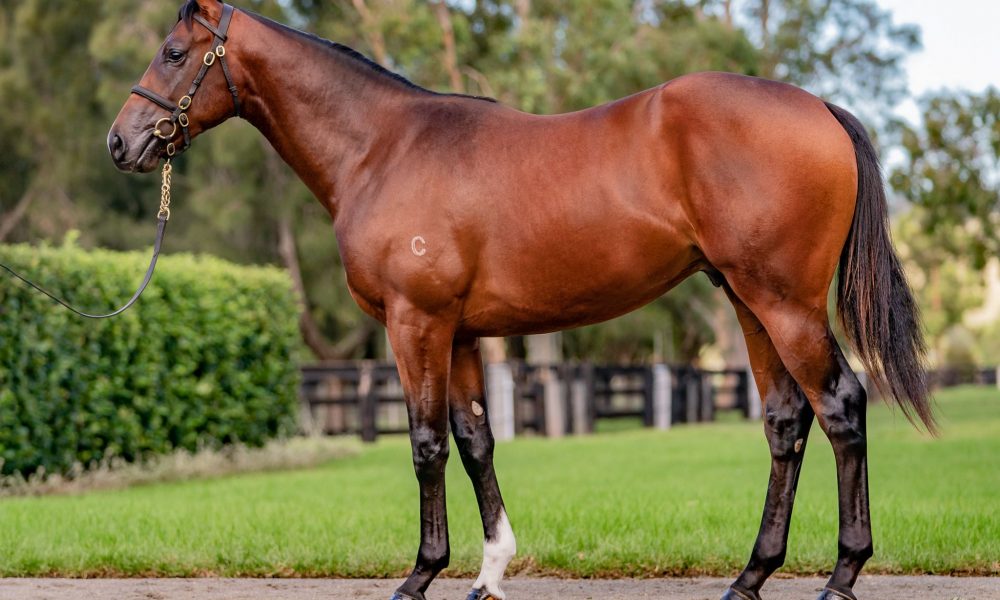 2 c I Am Invincible – Caveat by Elusive Quality

Tomorrow, Yarraman Park’s I Am Invincible (Invincible Spirit) will bid to become a Royal Ascot-winning sire when his Chris Waller-trained son Home Affairs again pits the best of the Australian sprint form against the rest of the world, when he takes on the Platinum Jubilee Stakes (Gr 1, 6f). On home turf earlier this week, the champion sire elect may have unearthed another future star to keep tabs of.

A $1 million yearling, the weight of expectation may be laden on Eponymous’ unwitting shoulders to emulate his fellow Coolmore-owned, Group 1-winning stablemate, and on debut on the Kensington track at Randwick he went some way to demonstrating he possesses the talent to do so.

Having made five trial appearances since January, the latest of which he won by more than four and a half lengths, Eponymous lined up in the TAB Plate (1100m) on Wednesday and vindicated the patient approach taken by the Waller team.

Settled behind the early speed by jockey Chad Schofield, Eponymous was peeled off heels entering the straight and once getting into stride in the closing stages he moved clear of his rivals to earn a length victory over the favourite Ramones (Zoustar), who finished ahead Sorgente (Headwater) on the bob of heads.

After returning to scale, Schofield said he believes there is plenty more to come from the exciting prospect.

“He’s just a stunning horse. He oozes quality and as soon as I got over his neck and cantered to the gates, I knew he’d be hard to beat. He’s got a lot of presence and he gave me a tremendous feel,” he said.

Bloodstock agent Andrew Williams signed the ticket for Eponymous on behalf of a Coolmore colts syndicate at last year’s Inglis Easter yearling sale, when he was put through the Coolmore draft.

Caveat has a yearling filly by Justify (Scat Daddy) and last year was put in foal to Coolmore stallion Pierro (Lonhro).