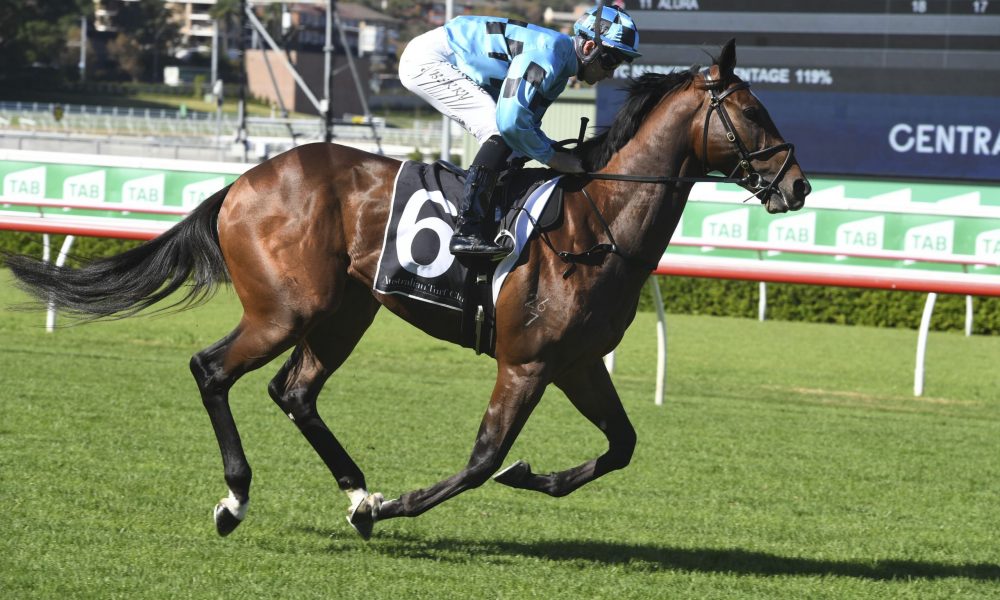 Ciaron Maher and David Eustace’s incredible season with juveniles has continued into the winter, as Equation (2 c Press Statement – Purcentage by Onemorenomore) provided the training partners with their 31st two-year-old win of 2019/20 in the Magna Grecia at Coolmore Australia Handicap (1100m) at Randwick-Kensington on Wednesday.

At just his second start, the Aquis Farm-raced colt was impressive in his maiden win, starting from the outside barrier in the nine-runner field and being trapped three-wide for most of the race, before moving up to the front runners around the bend and kicking clear in the final 100 metres to score by two and three-quarter lengths.

Equation was well fancied on debut at Randwick but weakened out of the race in the final stages however, Tommy Berry, who has ridden the son of Press Statement (Hinchinbrook) in both of his starts and trials this campaign, believes he is a colt on the up and will improve as a three-year-old.

“I was a bit deflated after his first start because I had a pretty big opinion of him, but when you go back and look at it, he probably ended up in the wrong part of the track because the fence was hot and he just got a little bit lost,” Berry said.

“He travelled much better for me today. He didn’t lose his compass coming around the corner. I was able to balance him up and hold him onto the straight.

“At home and in his trials he is one of the quietest young horses I have had anything to do with. That first run has switched him on and I think in time you will see a nice progressive young horse. He is probably more of a three-year-old and the best is yet to come.”

Equation joins a long list of two-year-old winners for Maher and Eustace this season, including Away Game (Snitzel), Prague (Redoute’s Choice) and Macroura (Snitzel), who lines up in tomorrow’s J J Atkins Stakes (Gr 1, 1400m).

Purchased by Aquis Farm at the Magic Million National Weanling Sale for $110,000 from the draft of Sledmere Stud, Equation is the second foal out of winning mare Purcentage (Onemorenomore), who in turn is a half-sister to Group 2 placegetter Spurrendous (Shamardal).