Every Rose sells for $1.3 million. How much for Avantage? 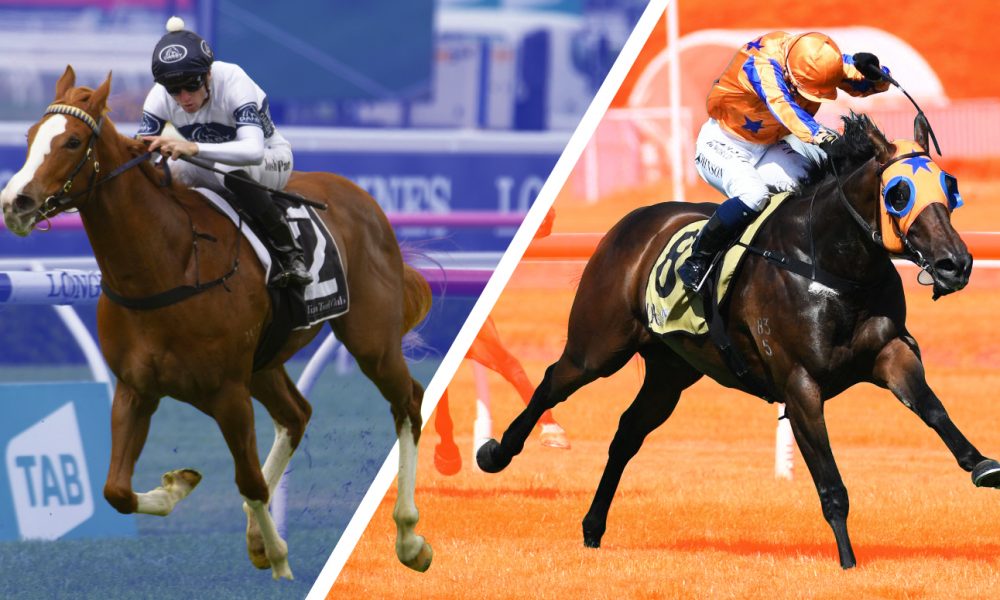 Group-winning sprinter Every Rose (Choisir) is the third racemare to make more than a million dollars through an online sale in less than a year, underlining the market’s insatiable appetite for elite broodmare prospects, and the world record for a digital auction could be broken next week when champion New Zealand mare Avantage (Fastnet Rock) is offered over the internet.

Te Akau principal David Ellis confirmed Avantage, who was the pre-post favourite for today’s Tarzino Trophy (Gr 1, 1400m) at Hastings, would be sold “within a week” but a decision on which company would conduct the prized auction of the brilliant six-year-old daughter of Fastnet Rock (Danehill) is yet to be made.

Ellis revealed yesterday that he had received private offers to buy the NZ$2.16 million prize-money earner in the past, but it is likely that she will be offered through a transparent online auction.

Every Rose to visit Written Tycoon

Meanwhile, Inglis held a special single-lot bespoke digital sale over two days to sell the Mark Newnham-trained Every Rose after her Darby Racing syndicate of owners made the call to retire her following her last-placed performance in the Sheraco Stakes (Gr 2, 1200m) at Kembla Grange last Saturday.

As expected, the sprinter came in for strong competition, particularly once she was placed “on the market” at the $800,000 mark and it was Hedge who landed the winning bid on behalf of a client.

“For me this year, probably for the first time, we have been pretty active at the top end of the market and it wasn’t the market where I have had a lot of exposure to prior to this year,” Hedge said last night.

“But doing the (Victorian colts) Alliance with Rosemont, we’ve spent a fair bit of time at that top end and when you look at a lot of the pedigrees and what the buyers are looking for at that end, more often than not, it’s these fast mares that are early and precocious and you want a good physique in front of you.

“That is clearly why everyone is trying to pick these horses up. They are trying to find these sharp, fast and strong horses and that’s pretty much what Every Rose was and I think that’s reflected in the price.”

Every Rose will be covered by Yulong’s Written Tycoon (Iglesia) this season, as is fellow Group-winning sprinter Fasika (So You Think), who Hedge bought online for $920,000 in August.

“When we found out that Every Rose was going online, straight away we were pretty familiar with the mare and we did some due diligence on her, we had a good look at her pedigree and analysed her racetrack performance,” Hedge said.

“For us, there’s some boxes that we look for when we are trying to buy these elite mares and she was really flawless. She was a good style of yearling when she was sold, she raced very early, she had speed, won a Gimcrack and then, even when you drill down on her form, she raced behind Farnan and King’s Legacy as a two-year-old and then when she won her Group race as a three-year-old, she has beaten Away Game and Hungry Heart and horses like that.”

Hedge’s client also has shares in Widden Stud’s champion sire Zoustar (Northern Meteor) and Every Rose could be covered by him in the coming seasons.

“With her pedigree the way it stacks up, being by Choisir, who has been a really effective broodmare sire, she just fits beautifully for Written Tycoon,” he said.

“It is just a really well balanced pedigree for him and she could also go to Zoustar down the track as he has reacted quite well with those Danehill-line mares as well.

“So, we just thought that she ticked all the boxes and we were really quite bullish about her.”

Vendor Scott Darby said his company had sold fillies off the track this year for a total nearing $3 million after Every Rose joined the syndicator’s Group-winning mare Greysful Glamour (Stratum) who made  $1.5 million at the Magic Millions National Sale in May.

“Inglis selling Funstar for $2.7 million and Fasika through their platform gave us great confidence to sell her now,” Darby said.

“It was well documented that she probably wasn’t supposed to sell until next year some time, but she’d had enough, according to her trainer, and to get a result like that is just incredible.

“We’ve got two colts to get to stud, nothing huge, but for race fillies, if you can get black type on the page, particularly early, geez they sell well. The market is just getting stronger and stronger. It has just got an appetite for these types of horses.”

Every Rose, who was bought from the 2019 Magic Millions Gold Coast Yearling Sale by Darby Racing and De Burgh Equine for $160,000, won the opening Sydney two-year-old race of the season, the Gimcrack Stakes, and she returned at three to also take out the Light Fingers Stakes for trainer Mark Newnham.

Newnham also trains Every Rose’s five-time winning half-brother Academy (Shamus Award) for Darby Racing while he also had the unraced Brooke’s Edge (Hinchinbrook) in his care before the syndicator sold her through Inglis Digital on Wednesday for $140,000 to Edinburgh Park’s Ian Smith.

Their dam, Couredge (Show A Heart), who is a blood sister to the stakes-winning Satsang and a half-sister to Group 2 winner Vintedge (Flying Spur) and Listed winner Youths Edge (Jeune), has an unraced two-year-old filly named Hell’s Fury (Hellbent) and a yearling colt by Exceed And Excel (Danehill).

Hell’s Fury is in training with Greg Hickman at Warwick Farm after he purchased her for $150,000 from this year’s Gold Coast stable from the Tyreel Stud draft.

Avantage’s career comes to an end

The shock retirement of Avantage, a Group 1 winner from 1200 metres to 2000 metres, was forced upon trainer Jamie Richards after a scan of a tendon confirmed their worst fears yesterday.

“We’re all absolutely gutted about Avantage but unfortunately this can happen in racing,” Richards said.

“We’d been very happy with her, but it became apparent when Nicole (Shailer) came back to work this afternoon that she had heat in her off-fore leg.

“We had the vet there to scan it immediately and she has a hole in the tendon and will be retired forthwith from racing.

“She’s been a wonderful mare who has achieved some incredible feats on the racetrack, and we can’t thank her enough for all the thrills and experiences she’s given us.”

Avantage, a daughter of the stakes-winning Zabeel (Sir Tristram) mare Asavant, is also a half-sister to the stakes-placed Asathought (So You Think), while her second dam Pins ‘N’ Needles (Pins) was a Group 3 winner in New Zealand’s South Island.

Ellis paid NZ$210,000 for Avantage from the 2017 New Zealand Bloodstock Karaka Yearling Sale after identifying her in The Oaks Stud draft.

“She has been an incredible horse for the stable, the staff have just done an incredible job looking after her and we are very proud.

“There is a lot of interest from all around the world with her and being such a good type she will make a great broodmare.”

In just three starts in Australia, Avantage won the Birthday Card Stakes (Gr 3, 1200m) at Rosehill and was also placed behind elite sprinter Classique Legend (Not A Single Doubt), last year’s The Everest (1200m) winner, in the Arrowfield 3YO Sprint (Gr 2, 1200m) in April 2019.

In some ways, the retirement of Avantage, just months after the career of stablemate and 14-time Group 1 winner Melody Belle (Commands) came to an end, closes the book on arguably Te Akau Racing’s most successful chapter.

In May, Ellis was on hand at the Magic Millions Gold Coast National Sale to watch Melody Belle, a mare he bought as a yearling on behalf of Fortuna Thoroughbreds’ John Galvin for NZ$57,500 at the 2016 Karaka sale, make $2.6 million through the ring. She was purchased by Yulong.