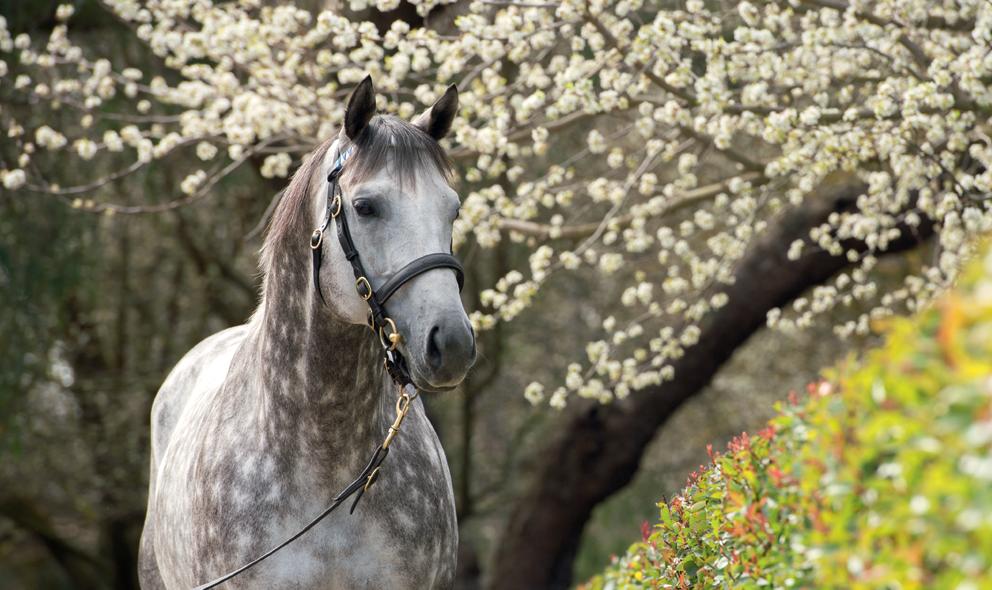 Frosted – Darley’s Frosted (Tapit) sired his first winner on Saturday as Inject (2 f ex Appealing Zophie by Successful Appeal) romped to a six-length victory in a five furlong maiden at Ellis Park on Saturday. A three-time Grade 1 winner in America, Frosted is due to have his first southern hemisphere runners this season. He will stand this season at Darley’s Northwood property for $22,000 (inc GST).

Territories – Darley shuttler Territories (Invincible Spirit) sired his ninth individual winner when Calcutta Cup (2 c ex Lorient by Champs Elysees) ran on well to get off the mark in a nursery over seven and a half furlongs at Chester on Friday. Group 1 winner Territories stands at Darley’s Kelvinside property in the Hunter Valley for a fee of $11,000 (inc GST) in 2020.

American Pharoah – Coolmore shuttler American Pharoah (Pioneerof The Nile) sired his tenth individual stakes winner when Pista (3 f ex Mohini by Galileo) continued her rapid progression through the ranks with a promising success in the Vinnie Roe Stakes (Listed, 1m 6f) at Leopardstown on Thursday. American Pharoah is back at Coolmore Australia again this spring at a fee of $55,000 (inc GST).

Arcano – Bonita Queen (2 f ex Siendra by Refuse To Bend) got off the mark at the fourth time of asking to comfortably win the Prix de la Vallee d’Auge (Listed, 1000m) at Deauville on Saturday and in the process provide Arcano (Oasis Dream) with his 15th individual stakes winner. Group 1-winning juvenile Arcano stood at Allevamento di Besnate in Italy for a fee of  €5,000 (approx AUD$8,250) in 2020.

Brazen Beau – Darley stallion Brazen Beau (I Am Invincible) sired his ninth individual stakes winner when North Pacific (3 c ex Up In Lights by O’Reilly) produced a dominant performance to take out the Up And Coming Stakes (Gr 3, 1300m) at Randwick on Saturday. Brazen Beau stands at Darley’s Northwood Park property in Victoria for a fee of $49,500 (inc GST) in 2020.

Galileo – The O’Brien family swept the podium in Wednesday’s Hurry Harriet Stakes (Listed 1m1.5f) with Aidan securing victory through odds-on favourite Laburnum (Galileo), who returned to the winners’ enclosure for the first time since her debut win at Gowran in June, with the filly most recently finishing fourth in the Irish Oaks (Gr 1, 1m4f). In doing so she provided a 324th stakes winner for her sire, Galileo (Sadler’s Wells).

Hurricane Cat – Three-year-old Hurricane Dream (3 c ex Shalimara by Siyouni), who was unbeaten at his first three starts, bounced back from a six-length defeat in the Prix du Jockey Club (Gr 1, 2100m) last month to claim a first stakes success in the Prix Nureyev (Listed, 2000m) at Deauville on Sunday. He became the 29th individual stakes winner for his sire Hurricane Cat (Storm Cat), who shuttled from France to Argentina and Chile and whose progeny includes six Group 1 winners.

Kodiac – Stepping up from her last start maiden win at Wolverhampton, Zoetic (2 f ex Zallerina by Zamindar) rose to the challenge and took out the St Hugh’s Fillies’ Stakes (Listed 5.5f) at Newbury on her fifth start, having been in the frame on her first three outings. Leading two-year-old sire Kodiac (Danehill), who is responsible for this year’s Royal Ascot Group-winning juveniles Nando Parrado and Campanelle, stands at Tally-Ho Stud in Ireland where his fee for 2020 was €65,000.

Night Of Thunder – Former Darley shuttler Night Of Thunder (Dubawi) sired his 16th individual stakes winner when Stormy Girl (3 f ex Refusetolisten by Clodovil) made all the running to take out Friday’s Flying Fillies’ Stakes (Listed, 6f) at Pontefract. Night Of Thunder shuttled to Australia for one season, covering 96 mares in 2016.