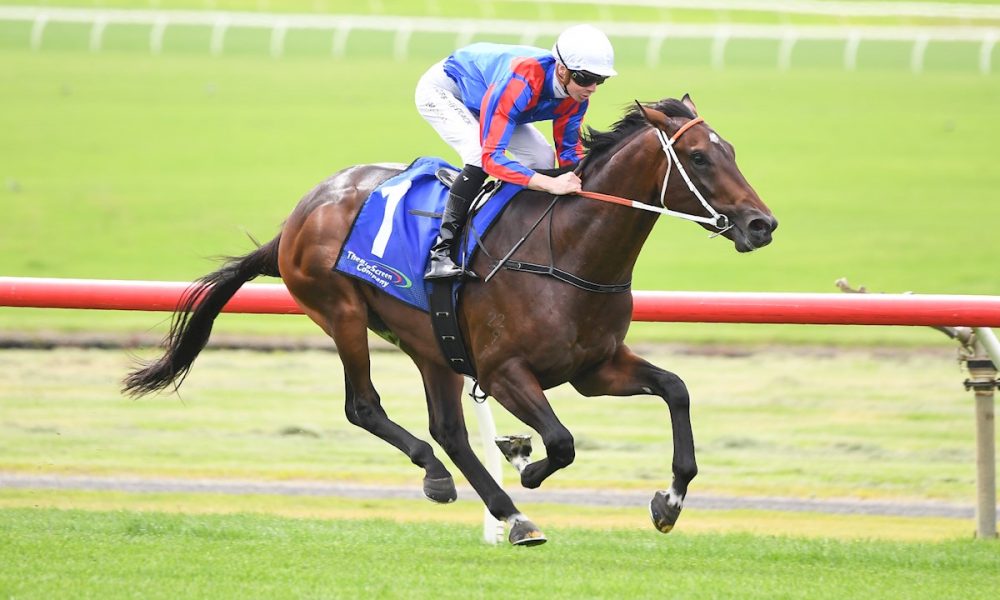 The Team Hawkes-trained Foujita San (Maurice) put in an impressive display at Sandown yesterday to score at the second time of asking, confirming the abundance of promise shown in his debut effort.

Having run a close second to the unbeaten Zamborghini (Zoustar) in that first outing at Moonee Valley, the son of Maurice (Screen Hero) skipped away from his rivals in yesterday’s The Big Screen Company Handicap (1400m).

After being wide early on in the small five-horse field, he took the lead at the 900-metre mark and then settled well for jockey Jye McNeil. Increasing his lead on passing the 300-metre pole, he then raced away to beat King’s Crossing (Almanzor) by five and three-quarter lengths with a further half-length back to Dream Hour (Dawn Approach) in third.

“I feel as though we saw the best of him on the big track,” McNeil said.

“He was going to win at The Valley, but he didn’t handle the turn, but he and the winner really did space the other runners. He has definitely come on with that race experience.

“He’s probably bred to get over a bit more ground, but then you don’t really know until you try it.

“The way he’s going about it I don’t know if they’ll be in a hurry to step him up, that could be a future thing, but we saw the best of him today.”

A $360,000 purchase by Mark Player’s International Thoroughbred Solutions from the Arrowfield Stud draft at last year’s Inglis Australian Easter Yearling Sale, Foujita San comes from a family that Team Hawkes have done well with in the past.

The two-year-old is the fifth winning foal from six to race out of the Redoute’s Choice (Danehill) mare Belle Giselle, herself a three-quarter sister to the stakes-placed Break The Vault (Redoute’s Choice), and a daughter of the Kenmare (Kalamoun) mare Mam’Selle Giselle, a sister to Baryshnikov and half-sister to Zabeel (Sir Tristram) and Significant Moment (Bletchingly), the dam of Crowned Glory (Danehill).