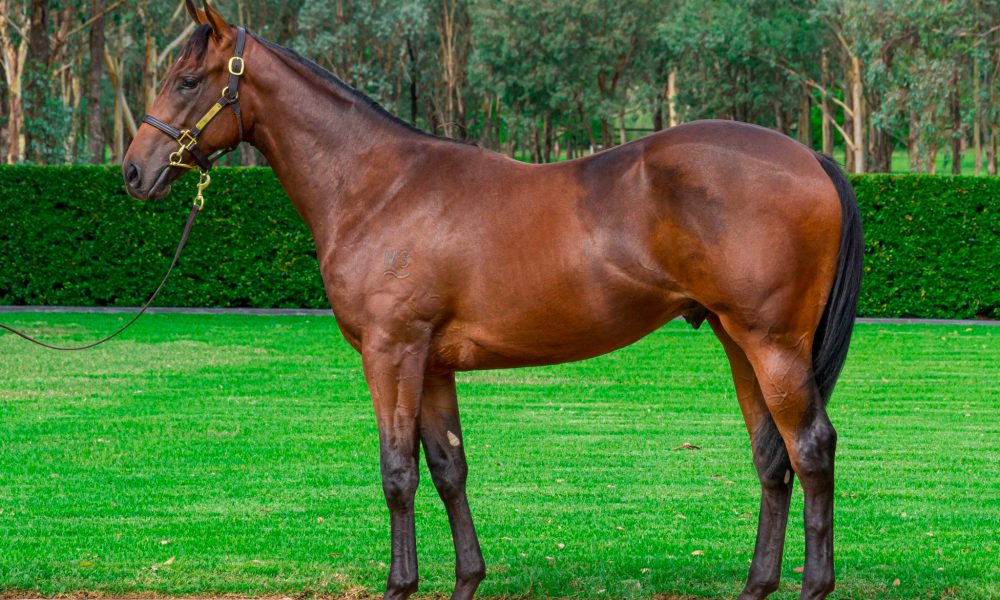 Chris Waller will be seeking a second win in the Canonbury Stakes (Gr 3, 1100m) today when he sends three contenders to Rosehill in search of the feature prize for two-year-old colts and geldings.

The once-raced Zambezi River (I Am Invincible), who was second in the Breeders’ Plate (Gr 3, 1000m) on debut in early October, is a worthy acceptor for the multiple Group 1-winning trainer, while Robusto (Churchill) remained in the Group 3 despite running a gallant third at Canterbury yesterday.

However, it is the newcomer Great Barrier Reef (I Am Invincible) that really catches the eye.

Purchased by Tom Magnier of Coolmore for $1.4 million at the 2021 Inglis Easter Yearling Sale out of the Kia Ora Stud draft, Great Barrier Reef won a barrier trial at Canterbury on November 30 in decisive fashion before then finishing sixth in a follow-up trial at Rosehill on January 17.

Just in front of the son of I Am Invincible (Invincible Spirit) was the Godolphin colt Sandpaper (Snitzel), who went on to give the form a timely boost when he won a Canterbury maiden over 1250 metres yesterday with a bit in hand.

“We saw him back on the farm – Kia Ora – a number of weeks ago,” Coolmore’s Tom Magnier told Racing.com after purchasing the colt in April.

“He’s a lovely type, and in fairness, Chris Waller and his team were really keen on him.”

Coolmore will be hoping for more success in the Southern Hemisphere this season after already enjoying victory in their sponsored race, the Coolmore Stud Stakes (Gr 1, 1200m), with $825,000 Inglis purchase Home Affairs (I Am Invincible), and a win in the Poseidon Stakes (Listed, 1100m) with $260,000 Magic Millions purchase Ranch Hand (Fastnet Rock).

“We’ve had Home Affairs and there’s a couple of horses there with Chris that are showing a bit of promise at the moment,” Magnier said.

“It gives you the confidence to come back to the well again.”

Great Barrier Reef is a regally-bred colt, being out of the two-time Group 1-winning mare Cosmic Endeavour (Northern Meteor) who has also produced the maiden winner L’Cosmo (Lonhro).

James McDonald will again partner Great Barrier Reef, this time from barrier three in the seven-runner contest. The colt is currently the well-supported $2 favourite, while being just an $11 chance for the Blue Diamond Stakes (Gr 1, 1200m) at Caulfield on February 26.