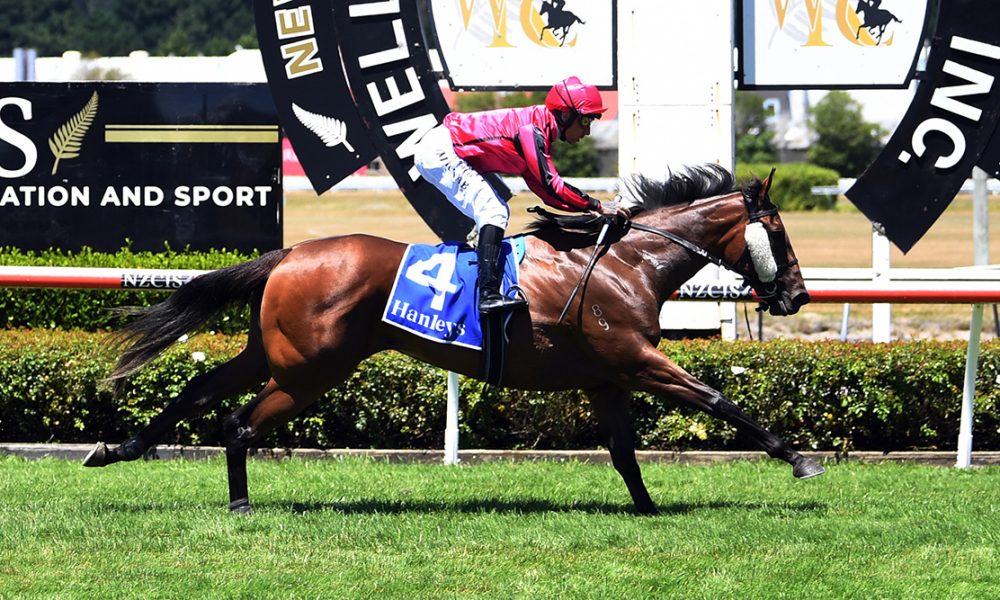 The Jamie Richards-trained Hanalei (Darci Brahma) proved far too good for her rivals when scoring in the Wellesley Stakes (Listed, 1100m) at Trentham on Saturday.

Having shown plenty of promise in winning two trials, Hanalei made her debut in a 1000-metre maiden at Te Aroha on January 3 where she was heavily backed but had to settle for second behind stablemate Maven Belle (Burgundy) after enduring a slightly unlucky passage.

With Michael McNab back in the saddle on Saturday, the two-year-old filly started as the $2.90 favourite after again receiving market support and dashed away in the final 200 metres to beat Charmario (Charm Spirit) by three and a quarter lengths with a further half-length back to debut winner Zaher (Proisir) in third.

“She’s always shown a lot at home but just needed the time to furnish,” Richards said.

“She is still very green, but I’m pleased with the way she was able to put them away in the finish.”

Bred and raced by Richard’s parents Paul and Leanne, along with their friends Bill and Sandra Duell, Hanalei is not eligible for the Karaka Million (RL, 1200m) and will instead be aimed at the Matamata Breeders’ Stakes (Gr 2, 1200m) next month.

“Mum and Dad bred her with their good friends, Bill and Sandra Duell, so I think I might be alright in the will for a little while longer,” Richards said.

“She has it all ahead of her, with the Matamata Breeders’ Stakes at home her next assignment.”

The sixth foal out of the Pyrus (Mr. Prospector) mare Lucrative, Hanalei is a half-sister to the gelding Cote De Beaune (Burgundy), who remains unbeaten after two starts thanks to a win in the preceding event for Richards and his owners, the Te Akau Grand Cru Racing Partnership.