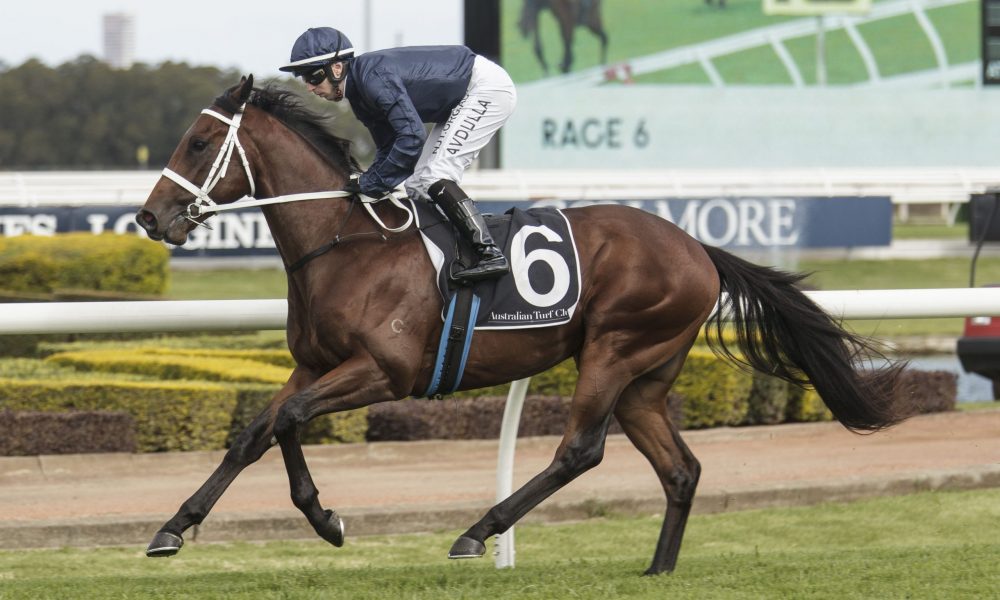 For the first time in nearly two decades, a son or daughter of an American Triple Crown winner is eligible for the Maiden Of The Week title by breaking through for their first victory in either Australia or New Zealand.

The last was the Kevin Robinson-trained Lawrence Clan, a son of 1977 Triple Crown hero Seattle Slew (Bold Reasoning), who won a 1300-metre maiden at Goulburn on April 3, 2001.

Ironically, it was under similar conditions over the same distance that this week’s Maiden Of The Week appeared.

Sent out the $1.70 favourite after a handy trial win in January, the Chris Waller-trained Head Of State demonstrated the talent that saw him given his opportunity in the $1 million Golden Gift (1100m) at his first start, racing clear to score by two lengths over reliable yardstick Wilsons Prom (Xtravagant) with Collier Bay (Capitalist) in third.

“That was pretty exciting for American Pharoah, I was lucky enough to meet the horse and his trainer (Bob Baffert) at Coolmore in America and it was a real highlight for me,” said Waller. “This is his first Australian winner, but it won’t be his last.

“Head Of State was a little bit green to my eye and wobbled around the bend a little bit. He’s probably not a natural on-pace horse, but he did everything right and let down strongly and he will take a lot of benefit from the win. We see him as a Sires, Champagne Stakes type of horse and if not he’ll be a Guineas horse in the spring.”

An $850,000 purchase from the Lime Country Thoroughbreds draft, on behalf of siblings Brad and Deanne Crismale, at last year’s Magic Millions Gold Coast Yearling Sale, being knocked down to Tom Magnier, Head Of State is the sixth named foal out of unraced mare Derelique (Danehill Dancer).