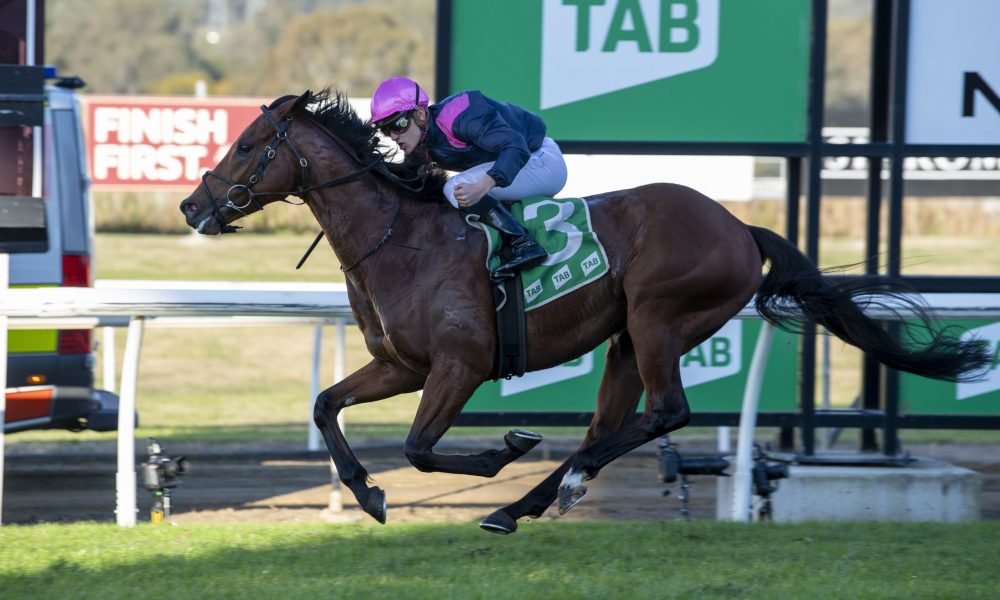 Breeding, as many shrewd judges say, may be mostly about the mares, but there are some serious heavyweight stallions in the ring when it comes to the pedigree of Holyfield.

The imperious victory for the Annabel Neasham-trained four-year-old helped push his sire’s lead over So You Think (High Chaparral) from a still catchable $323,000 on Saturday morning to a “get-in-the-queue” $511,000 by Wednesday night.

Having now won stakes races at two, three and four – taking a Sydney Group 3 in each of his first two seasons – Holyfield is among I Am Invincible’s 79 stakes winners worldwide, from 910 runners at 8.7 per cent, with seven of them coming in New Zealand and one in Hong Kong.

But a deeper dive into the Segenhoe Stud-bred Holyfield’s rich pedigree shows the gelding carries a powerful blend of siring greats, and one particularly potent combination.

What first strikes the eye is two 4Sx4D double-ups, of the great Danzig (Northern Dancer) and Australian titan Bletchingly (Biscay), both through different offspring.

Bletchingly has a gender-balanced presence in the female halves of sire and dam. I Am Invincible’s dam Cannarelle is by one of Bletchingly’s best sons in Canny Lad. Hurtle Myrtle’s second dam is a Bletchingly daughter in Winds Of Peace.

The blending of Danzig and Bletchingly has produced many stellar results, including the great Redoute’s Choice (Danehill) plus fellow Group 1 winners Shogun Lodge (Grand Lodge), Platinum Scissors (Danehill) and Special Dane (Danehill). And that quartet’s pedigrees only had one mention of each of those stallions, unlike Holyfield’s dual double-ups.

Moreover, what Holyfield’s pedigree achieves is to reunite a powerful trinity of sires. Rockefella, an influential 1941 British-bred by Hyperion, appears twice, both times through the dam of Invincible Spirit, Rafha (Kris), in a gender-balanced cross.

Bloodlines expert Jane Henning, of Pedigree Dynamics, has conducted extensive research into the Danzig-Bletchingly-Rockefella recipe, and says its strength likely dwells in the fact all three trace to the same mare, Lady Susan, an 1893 drop by the outstanding St Simon.

Henning notes having two legs of the trinity is still a major plus.

In Europe, the Danzig-Rockefella cross has produced such performers as Epsom Derby (Gr 1, 1m 4f) winner Erhaab (Chief’s Crown) and fellow Group 1 winners Danehill Dancer (Danehill), Tiger Hill (Danehill) and Johan Cruyff (Danehill), and the aforementioned Invincible Spirit. And while limited numbers of mares carry Rockefella in the southern hemisphere, their blend with Danzig-line stallions has spawned none other than the champion Sunline (Desert Sun), among a handful of worthies.

Meanwhile, mixing Bletchingly with Rockefella in Australasia has helped produce the likes of Group 1-winning full siblings Telesto, Bonanova and Fraternity – all by Star Way out of the Bletchingly mare St Klaire.

But best of all, it produced another runner who fancied a Group 1, or 14 of them, in Kingston Town, that most famous son of Bletchingly who had Rockefella in his maternal fourth generation.

In Holyfield’s case, Henning says, he’s been well served not only by having all three of Danzig, Bletchingly and Rockefella, but double-ups of the first two.

“I Am Invincible’s got the three, but it’s doubling up with Hurtle Myrtle giving another line of Danzig and another line of Bletchingly that looks particularly appealing,” Henning tells It’s In The Blood.

“The additional benefit of the double Bletchingly is that it’s through a son and a daughter. Within the first four generations, if you can sex-balance that individual, it seems to work better than going through male-male or female-female.

“The double Danzig comes through two sons, but Green Desert is one of the top three Danzig sons that works best with Danehill (Hurtle Myrtle’s grandsire). Danehill Dancer is another one, and Danzero. They tend to be sons that are atypical of the Danzig line. Conversely, there are other sons of Danzig who don’t seem to work with Danehill.

“Green Desert is quite a different type, and has certainly got a different kind of pedigree through the dam, to most Danzigs.”

But of course, let’s not forget the dam

Purchased as a broodmare for $1 million in 2012 as Segenhoe’s new owner Kevin Maloney sought to strengthen his breeding band, she had two more unplaced runs before being sent to More Than Ready (Southern Halo). This produced the small and underwhelming bush-winning mare Snow Sparkle.

Somewhat surprisingly, for a medium-sized specimen, Hurtle Myrtle’s next two matings produced over-sized offspring: Terwilliker (Pierro), a $300,000 yearling who was a city winner for Anthony Cummings; and a $420,000 Easter colt by Medaglia D’Oro who was bought by the Hong Kong Jockey Club but never raced.

Finally, in 2015, Segenhoe sent the mare to the Yarraman Park stallion who’d just finished 30th on the general sires list as a second season stallion, and who’d had a service fee bump to all of $55,000 – around a fifth of what it is now – I Am Invincible.

“We decided to send her to more of a speed stallion, and I Am Invincible tidied her up a bit, injected a bit more quality,” says Segenhoe assistant manager Brian Clarke. “And we really liked the mating on paper.”

So much so that Hurtle Myrtle was booked for a second cover from Vinnie before the first bore fruit. Thankfully, the first of the full siblings franked the thinking.

“She was a very good type, a beautiful foal, strong and short-coupled,” Clarke said.

She became Vamos Bebe, a $200,000 2018 Easter buy for Trelawney Stud, who defied some less than ideal x-rays and have reaped the rewards of a Listed win at Ellerslie over 1200 metres, plus two other wins and four placings from ten starts so far.

A year after her came full brother Holyfield, sold for $800,000 at the Magic Millions Gold Coast sale to Phoenix Thoroughbreds and Aquis, who first put him with Ciaron Maher before his transfer to Neasham early last year.

“He was a beautiful foal, a very good looking horse, a typical I Am Invincible, with a good head, good colour, and a strong build,” Clarke says of Holyfield, who’s now netted $700,000 in earnings.

Following Holyfield, Segenhoe has kept another speed-bred filly, by Not A Single Doubt (Redoute’s Choice), who’s about to start racing for Team Snowden as Graceful Force, a “very promising type”, according to Clarke, who’s placed in her two barrier trials.

Hurtle Myrtle’s yearling filly by Deep Field (Northern Meteor) sold to Bjorn Baker at the Gold Coast in January for what Clarke calls “a real bargain” of $240,000, while the 15-year-old mare is now in-foal to another speed sire in Capitalist (Written Tycoon).

Holyfield, like Vamos Bebe, continues a run of stakes winners from Hurtle Myrtle’s family, including his third dam, that Bletchingly daughter Winds Of Peace, who threw a Melbourne Listed winner in Whisper Bay (Royal Academy).

Trevor Marshallsea is the best-selling author of books on Makybe Diva, Winx, and Peter Moody.