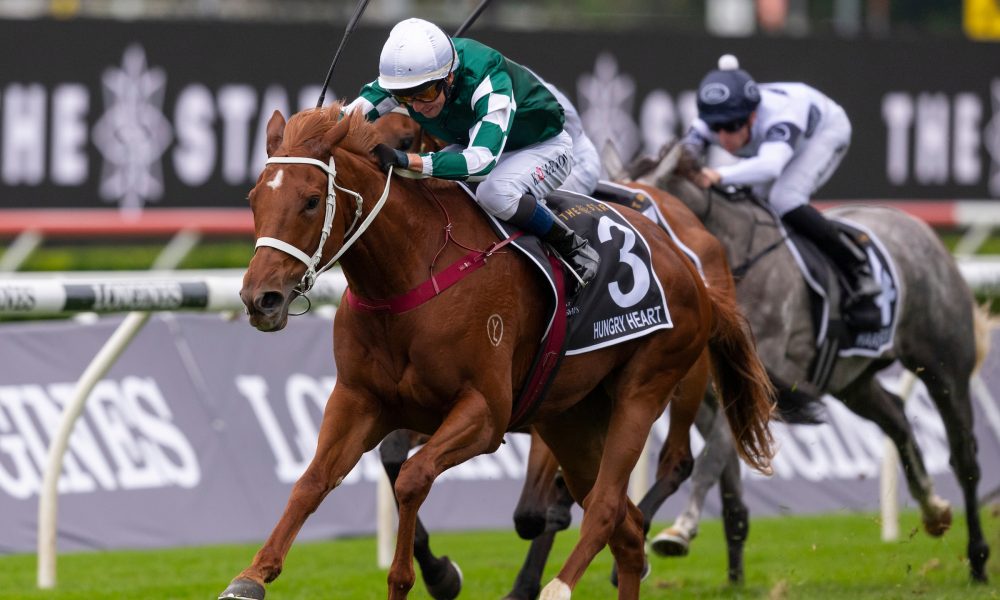 Two-time Group 1 winner Hungry Heart (Frankel) has been retired to stud by owners Yulong and will be now covered by their champion sire Written Tycoon (Iglesia) this breeding season.

Hungry Heart became the first Group 1 winner in Australia for Yulong Investments when she won the Vinery Stud Stakes (Gr 1, 2000m) as a three-year-old in 2021, a year in which she was named Champion Three-Year-Old Filly in Australia.

A winner of the Sweet Embrace Stakes (Gr 2, 1200m) at two, the Chris Waller-trained Hungry Heart then finished fifth in that season’s Golden Slipper (Gr 1, 1200m).

Having then won the Phar Lap Stakes (Gr 2, 1500m) first-up, her elite-level breakthrough came in the autumn of her three-year-old year when Hungry Heart ran out a brave winner of the Vinery Stud Stakes at Rosehill, before she added a dominant success the very next start in the Australian Oaks (Gr 1, 2400m) at Randwick.

Hungry Heart made nine starts at four, with her best effort when third in the Empire Rose Stakes (Gr 1, 1600m) at Flemington in October.

She retires with a record of four wins from 21 starts.

“Hungry Heart, having been raised at our Nagambie base, gives our team a great deal of confidence in our systems and the way we are raising our stock.

“We would like to thank Kerrin McEvoy, strapper Steph Laraud, Chris Waller and his entire team for everything they’ve done for Hungry Heart during her racing career.”

Hungry Heart will now join her dam, Harlech (Pivotal), who was a 60,000gns buy for Yulong from the Tattersalls July Sale in 2016, as part of their broodmare band.