‘If you tread water eventually you will drown, so you get bigger or you will go backwards’ 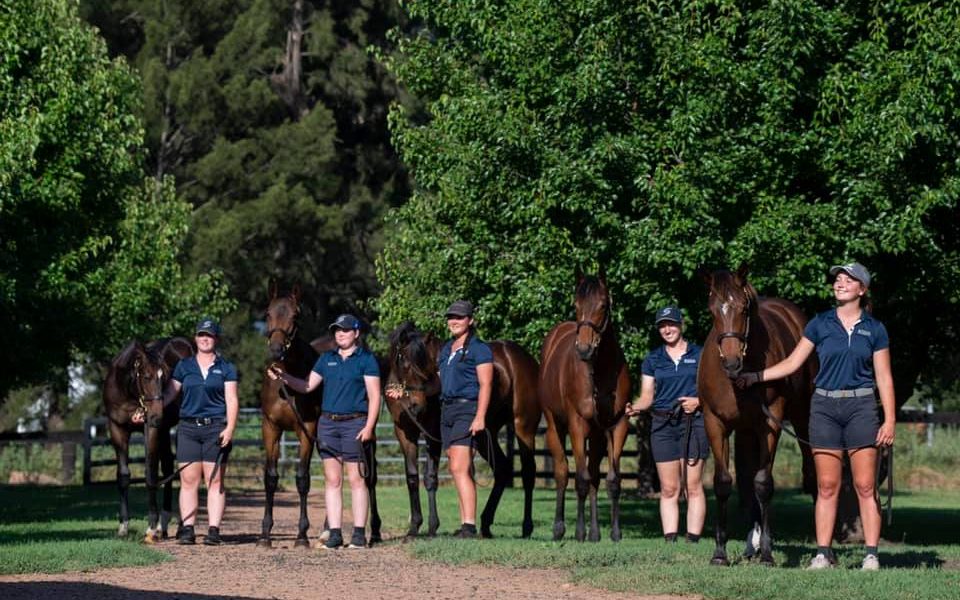 Antony Thompson says to survive in an increasingly global thoroughbred breeding industry, stud farms need to get bigger to compete, a realisation which led to his decision to take on a Victorian holding with his family’s famed Widden Stud, Australia’s oldest thoroughbred farm.

Widden principal Thompson yesterday confirmed the 154-year-old NSW stud, founded in 1867 and home to champion stallions throughout its long and rich history, will embark on a bold new challenge by taking over the Sun Stud operation, encompassing the eight-strong stallion roster at the Riddells Creek property.

As inspections get underway for the Inglis Melbourne Premier Yearling Sale, the announcement of Widden’s move comes at a time when the Victorian breeding industry undergoes a significant shake-up, with Sun Stud’s decision to shut up shop following that of Aquis Farm exiting the state, leaving Leneva Park to fill the void by taking over the Seymour-based stallion business.

“If you tread water eventually you will drown, so it is a bit about the horse business around the world, you get bigger or you will go backwards, so I think it is a really good fit and the things we do we can replicate in Victoria,” seventh generation Thompson told ANZ Bloodstock News late yesterday.

“It is something we have been looking at for a while and we had discussed expanding our brand and adding to our business. It is not something that has been opportunistic.

“When the opportunity presented with Aquis getting out of Victoria and Sun Stud and Woodside, to a degree, getting out of the stallion business, we thought if ever there was a chance to do it, there is no better time than now.”

“We are going to look to add some nice young horses down there as well, but I think the marketplace, speaking to the breeders, is crying out for some good proven stallions and certainly Nicconi, Magnus and Star Witness are three top-notch proven sires in Victoria,” Thompson said.

One colt already under Widden’s ownership is Group 3-winning sprinter Anders (Not A Single Doubt), but Thompson indicated the Ciaron Maher and David Eustace-trained three-year-old was destined to go to stud in the Hunter Valley this year rather than Victoria.

Anders was caught three-wide without cover on the speed from barrier 17 when resuming in Saturday’s Oakleigh Plate (Gr 1, 1100m) and he is expected to head to Sydney for The Galaxy (Gr 1, 1100m) next start.

The opportunity for Widden to add a Victorian arm became a possibility in early January when Macau tycoon Cheng Ting-Kong told staff that his Sun International Group would be shutting its stud business, although it will retain ownership of the Victorian farm, at least for the short-term, after purchasing it in 2012.

Thompson has signed a long-term lease, with an option to buy the property, and he will rebrand the business as Widden Stud Victoria under the deal. Sun are expected to maintain a commercial broodmare band, supporting its own stallions and outside sires, while also operating a racing team.

It is understood that existing Sun Stud staff were briefed about Widden’s takeover last week.

The realignment of the Victorian breeding industry has been vast, with Rosemont Stud, through the support of a number of high-profile breeders, ramping up its investment through the formation of a colts syndicate, while US-owned Spendthrift Australia is starting to make an impression through its young stallion roster of locally sourced and US shuttle sires.

“To have such a prestigious and the longest continuously running family farm in the world call Victoria home is an honour, and I look forward to their arrival,” he said.

“Victoria is the ideal place for farms to call home. The pastures, the world–class racing and the environment, along with the support from the state government, and Racing Victoria, is the perfect recipe for success.

“While it is sad to see Sun Stud leave Victoria, it is exciting to see Widden will be taking on the historic Riddells Creek property.”

Sun Stud principal Danielle Cheng was relieved to have reached an agreement with Widden.

“We could not have wished for a better outcome, it is a privilege to have Widden as the custodians of our farm and stallions,” she said.

Ready For Victory (More Than Ready)

Squamosa (Not A Single Doubt)