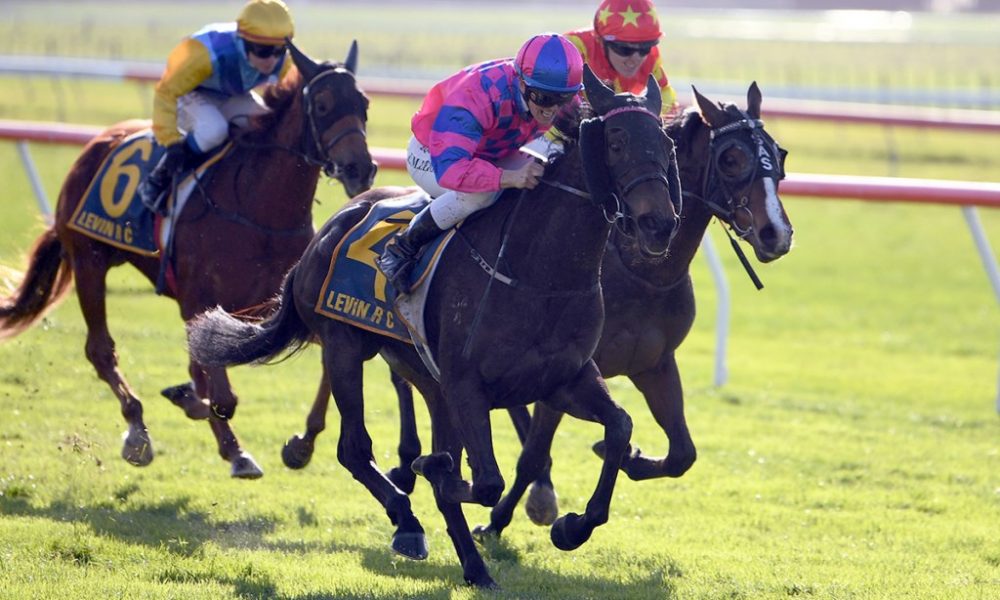 Trained by Karyn McQuade and owned and bred in conjunction with her husband Hamish, the then two-year-old followed up a second-placed effort in June’s Castletown Stakes (Listed, 1200m) with a comfortable one-and-a-quarter-length score in the Ryder Stakes (Listed, 1200m) to finish her juvenile campaign in the perfect fashion.

Making her fourth start, the Erin Leighton-ridden filly was slowest away from barrier seven but managed to get herself into a spot before being shuffled back to last at the 600 metres.

Approaching the home turn, Ima Roca Bee picked up and challenged for the lead inside the final 250 metres before edging clear to defeat Yeaboi (Belardo), with Flash Mary (El Roca) in third.

“We’re just thrilled with the win as she has shown us she has ability, but probably wasn’t quite there mentally early on,” Hamish McQuade said post-race.

“She just wanted to do everything at a million miles an hour and that was how she was in her first couple of starts. After she had a break, she settled down nicely and has come back really well.

“Erin gets on well with her and that was a top ride as she was patient and when she asked for an effort, the acceleration was there.

“She comes from a nice family that has done well for us and ultimately she will become part of our broodmare band, so with a stakes win already, she is a very valuable filly for us.”

Ima Roca Bee is the first stakes winner from five runners out of Shelly Bee (Pentire), who finished second in eight of her 20 starts without winning, and also ran unplaced in the 2010 running of the Ryder Stakes. She is a half-sister to Metropolitan Handicap (Gr 1, 2600m) winner Herculian Prince (Yamanin Vital).

A tilt at the O’Leary Fillies Stakes (Listed, 1200m) at Whanganui in early September is now the aim with Ima Roca Bee, before she heads to the paddock for an extended summer break.