Is there a Diamond in the Godolphin six? 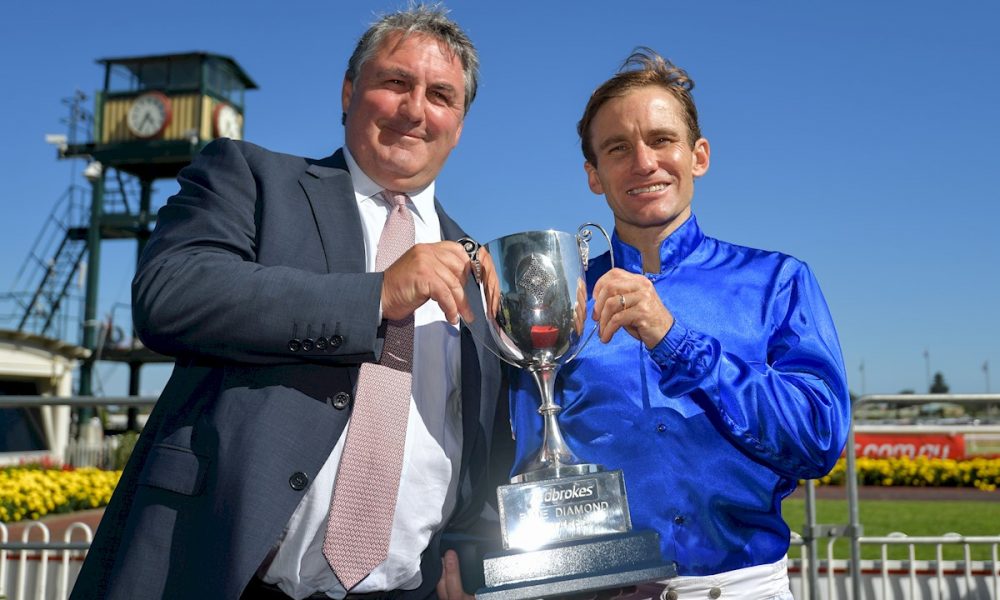 Those looking into the crystal ball in a bid to forecast this season’s big-race two-year-old winners may only need to look at recent history for a pointer to the future.

Godolphin and Victorian trainers Anthony and Sam Freedman have had an uncanny ability to unveil a classy young horse, usually an elite juvenile, in recent seasons and in 2022-23 the father-and-son partnership have six two-year-olds who will sport the recognisable royal blue silks.

While James Cummings acts as Godolphin Australia’s private trainer, overseeing the preparations of hundreds of Sheikh Mohammed’s horses, Godolphin has maintained its long-standing relationship with the Freedmans, particularly Anthony and now co-trainer Sam.

Chenier (Medaglia D’Oro), a dominant winner at two, was also stakes-placed at three in 2020 before being on-sold to Hong Kong as was Endanger (Medaglia d’Oro), that year’s Gothic Stakes (Listed, 1400m) winner.

Jason Walsh, Godolphin Australia’s bloodstock manager, confirmed yesterday that half a dozen homebred two-year-olds would be trained by the Freedmans.

“They’ve had a great run in recent times and they’ll get six more this year,” Walsh said.

“It’s been even less than that for the past few years, more in the vicinity of four, so to have two Blue Diamond winners out of those crops who were raised on the farm in Victoria at Northwood Park, it’s a great result for our team and Anthony and Sam obviously.

“They’ve got a great system down there and Anthony and Sam are just letting horses come when they’re ready and for that race (Blue Diamond) in particular. Horses can show their true ability with them.

“To have three horses to get very close and two of them being lucky enough to win, it’s quite a remarkable achievement.”

Among the Godolphin squad with the Freedmans this year is Ukiyoe, a Brazen Beau (I Am Invincible) half-brother to Daumier, and a colt by first season shuttle sire Harry Angel (Dark Angel) called Fire Follower, who is out of Romneya (Red Ransom), a mare Anthony trained alongside his brother Lee to a Group 2 success in 2008-09.

A half-sister to Hanseatic, a filly called Austmarr by Exosphere (Lonhro) and the last foal out of Itameri (Exceed And Excel), will also be trained by the Freedmans as will Elba, a Fastnet Rock (Danehill) daughter of Banish (Lonhro), herself the 2017 Moonee Valley Classic (Gr 2, 1600m) winner.

Walsh explained that a number of factors were considered before deciding which horses were selected to be trained by the Freedmans, one which is usually made around the time of the horses’ breaking-in process.

“The first one is obviously Godolphin and Darley have had a long association with Anthony, so quite a lot of our families he’s had involvement with, whether it was training mothers or grandmothers, so that’s a consideration,” he said.

“We also have an increasing breeding programme at Northwood Park and those horses who are Vobis eligible, it makes sense to have them trained in Victoria in the first instance.”

The Freedmans will also train a filly by Harry Angel, a stallion whose first southern hemisphere-bred crop proved immensely popular at the yearling sales this year.

The filly, named Flick Roll, is out of three-time stakes winner Aerobatics (Exceed And Excel).

“Anthony expressed his desire to get his hands on some of our (Harry Angels) and he also bought some through the yearling sales,” Walsh said.

“Everything is taken into consideration and we try to send them a group of horses that they have some knowledge about and hopefully have some success with.”

As for this year’s crop making the grade, Walsh said: “I don’t know about being confident, but we are definitely hopeful. They’re all nice types of horses with deep pedigrees behind them.

“They had the first four through last month and the last two have just got there this week (for education). It’s very early reports, but it’s certainly positive and we’d love to see them in on a big day for us.”

Endanger (Medaglia D’Oro) – a Listed winner in 2020, also since sold to Hong Kong