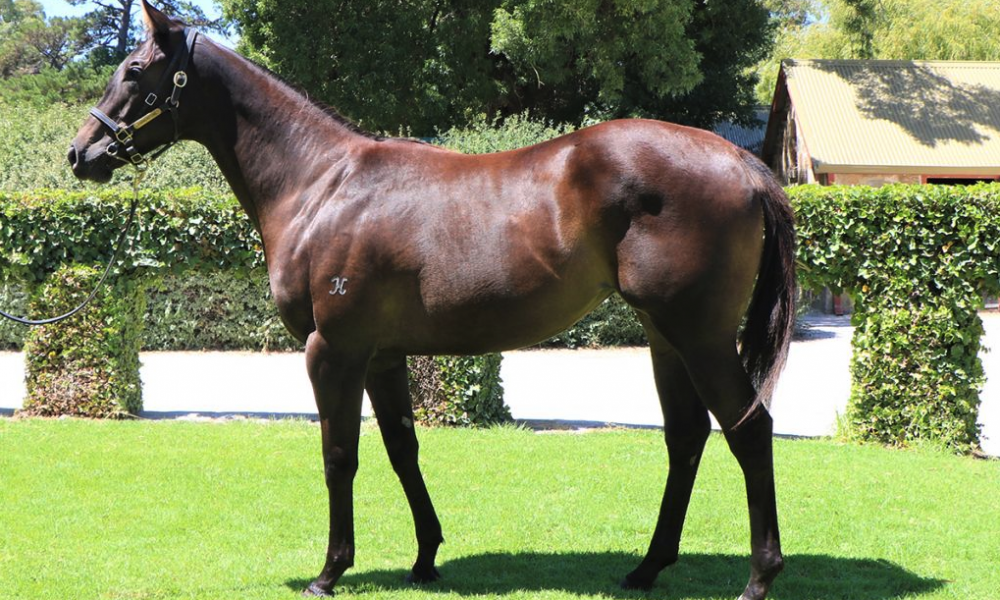 Vinery Stud may have been beaten in Tuesday’s opener on the Pakenham synthetic track with Kiani (Headwater), but they would likely have been cheering the result regardless as their shuttle stalwart More Than Ready (Southern Halo) produced another horse seemingly bound for the big leagues in Jenni’s Rainbow.

More Than Ready has had 73 stakes winners in Australia to date and, while he only has a handful of crops left to step out down under, he still looks to have plenty of firepower in his locker if horses like Jenni’s Rainbow continue to line up.

Market confidence was high with the David Brideoake-trained Jenni’s Rainbow, sent out as the $3.40 favourite in the eight-runner field; by the time they reached the 100 metres, it looked some of the best value on offer all week.

Ridden quietly from gate seven by Ethan Brown, Jenni’s Rainbow was at the tail in the early stages of the 1100-metre contest. Smartly ridden by Brown, she improved into a good position behind runners as the turn approached, with all that was needed was the smallest gap to appear.

However, that gap never came and Brown was forced to sit patiently, waiting for the right moment to switch over heels and push into clear running.

That moment came at the 250-metre mark, at just about the same time as the Vinery Stud-owned filly Kiani, racing greenly, fought back from challenger Reward The Bold (Reward For Effort) to hit the lead.

For a stride or two, she looked like the winner – but that was before Jenni’s Rainbow hit top gear.

Within a matter of moments, it was all over, with Jenni’s Rainbow going on to record one of the most impressive maiden wins of the year. At the line, she held a three-length margin over Kiani with Orpheline (Moshe) a further two lengths away in third.

With the spring features around the corner, it would be fair to consider her a major player. However, Brideoake is planning on taking his time with the filly.

“She will make her way through the grades,” Brideoake told Racing.com. “You’ve got to get things started now, because in the next couple of months there are some good fillies races and hopefully she’ll stand up for them.

“She relaxed lovely and the pick-up-and-go to the post was very good.”

Five of them have raced for three winners, with the best performer being Triband (Fastnet Rock), third to Hot Dipped (Written Tycoon) in the 2017 Strutt Stakes (Listed, 2100m).

Three Rainbows’ dam Dietrich (Storm Cat) won the King George Stakes (Gr 3, 5f) at Glorious Goodwood in 2001 – the same race that Battaash (Dark Angel) won last week and Australian mare Ortensia (Testa Rossa) took out in 2012 – while Three Rainbows is a half-sister to Aloft (Galileo), a Listed winner in both the UK and Australia, as well as Irish Group 3 winner Beauty Bright (Danehill).

The family, ultimately, traces back to 1982 American Broodmare of the Year Best In Show (Traffic Judge), Jenni’s Rainbow’s sixth dam.

Best In Show is the matriarch of one of the great international families and is responsible for arguably Australia’s most prominent family.

The number of black-type winners that can trace back to Best In Show is really quite extraordinary. They are as varied as American Classic winners like War Of Will (War Front), Rags To Riches (A.P. Indy) and Jazil (Seeking The Gold), European Classic conquerors such as Spinning World (Nureyev), Peeping Fawn (Danehill), Logician (Frankel) and El Gran Senor (Northern Dancer), and even Japanese champion Almond Eye (Lord Kanaloa).

Three Rainbows is looking for better luck after she missed to Free Eagle (High Chaparral) in 2018 and then produced a dead Brazen Beau (I Am Invincible) foal in 2019. She is currently in foal to Queensland sensation Spirit Of Boom (Sequalo).