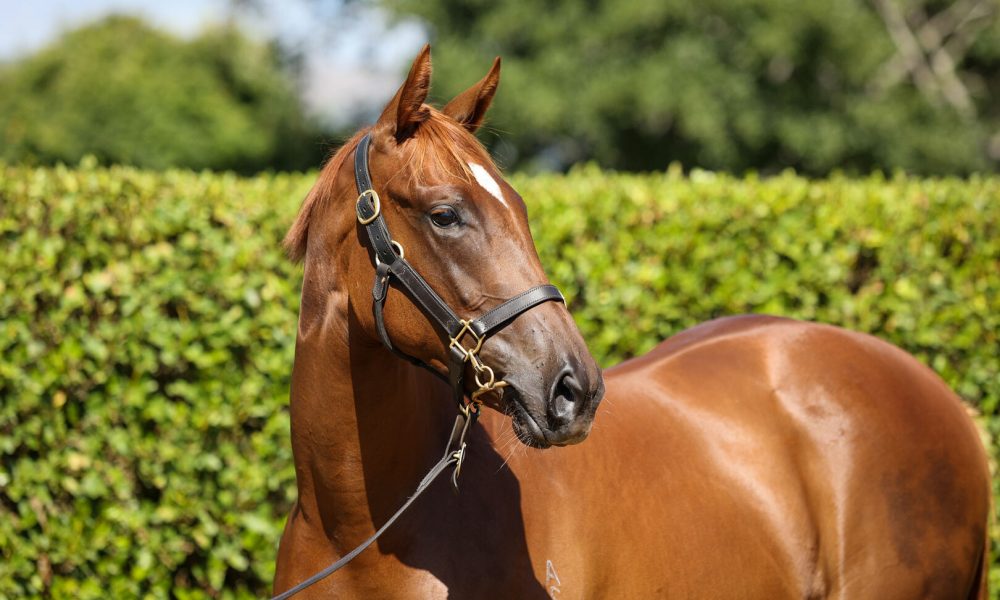 3 f Zoustar – Cat Moves by Tale Of The Cat

This week’s Maiden of the Week accolade goes to two runners owned by Gandharvi Racing, who enjoyed a breakthrough week in the southern hemisphere, with Zoustar (Northern Meteor) filly Kazou and juvenile Santos (I Am Invincible) filly Ulanova both making successful debuts in Australia and New Zealand respectively.

Kazou, prepared by champion trainer Chris Waller, had shown plenty of promise in winning a barrier trial leading into the race and victory on her first race start appeared never in doubt as she led from the front to win most impressively in a 1300-metre Randwick-Kensington maiden, dominating her seven rivals under Kerrin McEvoy for a four-and-three-quarter-length success as the $2.35 favourite.

“She is a tiny bit ‘revvy’, but the further she went into the race, the better rhythm she got into,” rider Kerrin McEvoy said.

“I’m assuming Chris [Waller] and the team wouldn’t go too big this preparation and just chip away and tread carefully and hopefully she is a bit sounder mentally next time in.

“That’s when she can tackle some harder races but a good start for her there.”

The eighth foal, and only to race in Australia, out of the US Grade 1-winning Tale Of The Cat (Storm Cat) mare Cat Moves, who died in February last year, she is a half-sister to winners Winding Bay (Malibu Moon), Muchacha Uno (Macho Uno), Zero To Sixty (American Pharoah) and Ana Almaqsood (Candy Ride).

Ridden by Craig Grylls for Cambridge-based trainer Stephen Marsh, the two-year-old was in command from the outset, defeating Farravallo (Belardo) to score by half-a-length at the line.

Consigned by Kilgravin Lodge at Book 1 of this year’s NZB Karaka Yearling Sale, Ulanova was bought for $150,000 by bloodstock agent Mick Wallace.

Out of the Grade 3-placed winning Elusive Quality (Gone West) mare The Fairy’s Kiss, she is a half-sister to 2018 Merson Cooper Stakes (Listed, 1000m) winner Steal My Kisses (I Am Invincible) and to stakes-placed winners Butter Blonde (Choisir) and Unselfish Trust (Wanted).