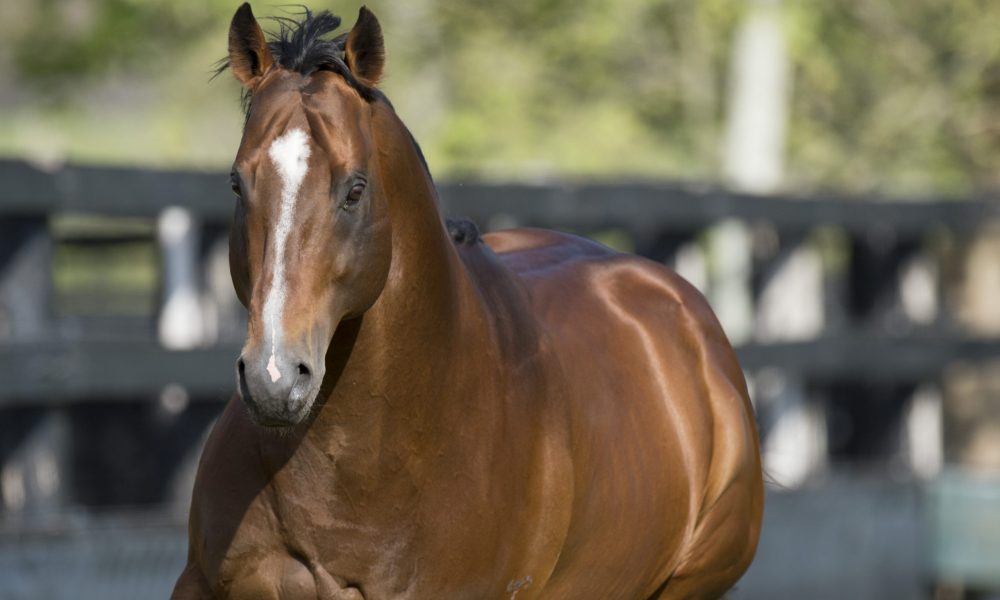 Two promising juveniles fought out the finish to the 1000-metre maiden at Gosford on Wednesday, with the Gerald Ryan-trained newcomer Kumasi (Snitzel) edging out fellow debutant Deniki (Not A Single Doubt) by the narrowest of margins.

However, those pre-race manners did not preclude a top-drawer performance, with Kumasi tracking a quick tempo under Brenton Avdulla before moving up to challenge on the turn for home.

The Mark Newnham-trained Deniki, a half-sister to Menari (Snitzel), quickened nicely in the straight. But so too did Kumasi, with the latter getting up in the dying strides to stop the clock in a quick time of 57.16. In addition, the front two pulled four lengths clear of their remaining six rivals.

In winning, Kumasi became the ninth individual juvenile scorer this season for Arrowfield Stud’s champion sire Snitzel. The son of Redoute’s Choice (Danehill) is leading the two year-old sires list by earnings, with that mantle fuelled heavily by the exploits of Magic Millions 2YO Classic (RL, 1200m) winner and Blue Diamond Stakes (Gr 1, 1200m) fourth Away Game, who is part-owned by Loretta Fung, wife of Aquis chairman Tony Fung.

Snitzel has nine lots catalogued at the Inglis Melbourne Premier Yearling Sale, which gets underway on Sunday.

Kumasi is the fifth winner from six to race out of the winning Anabaa (Danzig) mare World Joy, who is herself a half-sister to the Group 2 winner Light Up The World (Rory’s Jester). This is the same family as top-tier winners Bentley Biscuit (Peintre Celebre) and Thorn Park (Spinning World).

Meanwhile, World Joy produced a sister to Kumasi in 2018 and missed to Lonhro (Octagonal) last year. She was subsequently covered again by Snitzel, with a service date of September 17.