Liza With A Zee (AUS) 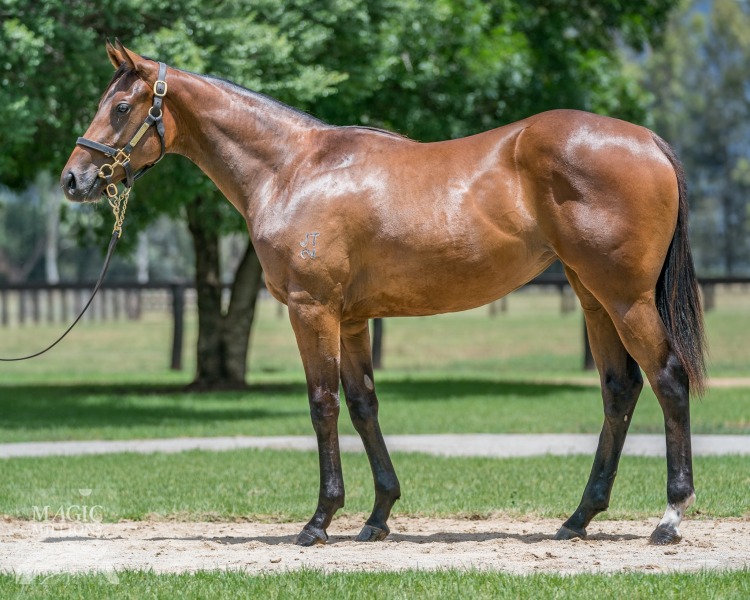 He has the favourite for the J J Atkins (Gr 1, 1400m), unbeaten filly Isotope (Deep Field), as well as up-and-comers like Starosa (Starspangledbanner) and Corvo (Spirit Of Boom).

On Wednesday, Liza With A Zee (Zoustar) entered calculations for the Brisbane winter with a decisive victory against her elders.

Raced by an all-women’s syndicate that includes Gollan’s sister Zoe, his wife Jane, as well as prominent owners like Linda Huddy, Liza With A Zee – who races in striking leopard print silks – was having her second start on Wednesday. She had finished ninth of ten on debut at Eagle Farm in December.

Sent out as an odds-on favourite against the older horses, Liza With A Zee sat handy early under Jim Byrne before powering away in the straight. At the line, she had a three and a half length margin over the Barry Baldwin-trained Booming Town (Better Than Ready), having covered her last 600 metres in a slick 33.62 seconds.

While Liza With A Zee does hold an entry for the J J Atkins, Gollan said that other black-type races were likely to be on her radar.

“She is more likely to run in a Listed race at Doomben in two weeks. I think she is definitely a Saturday horse and black-type is also on the cards,” Gollan said, referring to the Bill Carter Stakes (Listed, 1110m) for the two-year-old fillies.

“I have always had a big opinion of her but we probably made a mistake running her in December. She came back from a break a stronger filly. Not many two-year-olds beat older horses at their second start.

“The ladies came up with the colours hence she races in leopard print with salmon sleeves and cap.The colours certainly are a talking point. Hopefully one day the talk will also be about Lady With A Zee’s stakes racing.”

Liza With A Zee was purchased at the Magic Millions Gold Coast Yearling Sale for $150,000 by a consortium including Gollan, John Foote Bloodstock and Brian Siemsen’s Black Soil Bloodstock, from the draft of Widden Stud.

She is the first foal out of the Hinchinbrook (Fastnet Rock) mare Leap Lively, who raced three times for Gerald Ryan and Rodney Northam for a placing at Wellington.