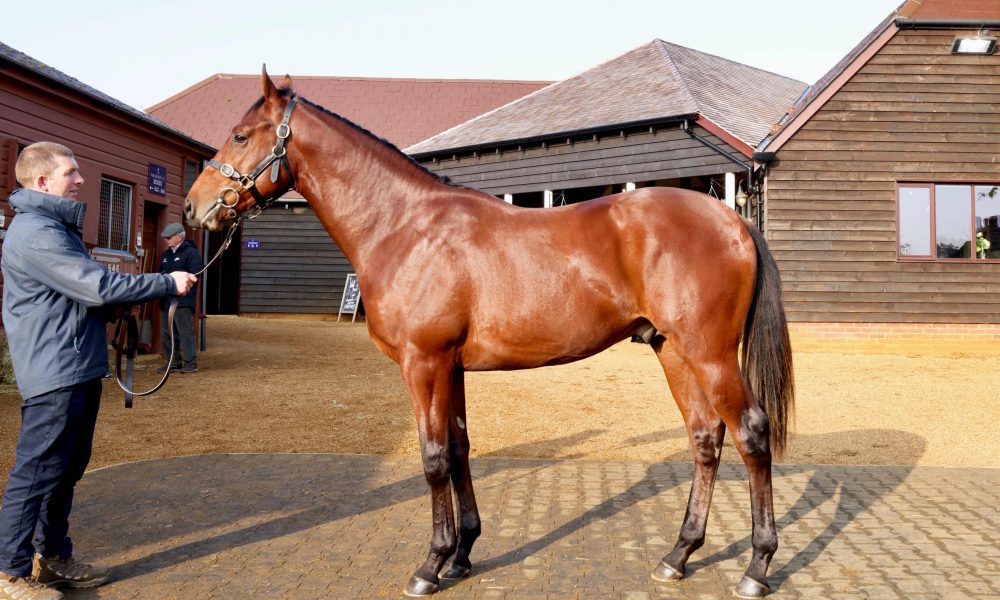 Champion Victorian trainer Ciaron Maher made his presence felt during the final session of Book 2 at the Tattersalls October Yearling Sale yesterday when he teamed up with John Foote and Kern and Lillington Association to purchase a colt by Lope De Vega (Shamardal) for 100,000 guineas (approx AU$185,091).

Catalogued as Lot 1108 and offered by Knockainey Stud, the colt is out of the Group 3-placed mare We’ll Go Walking (Authorized), making him a half-brother to Metier (Mastercraftsman), who won once on the flat, but is now better known for his exploits over hurdles.

Based at Ballylinch Stud in Ireland, Lope De Vega shuttled to the now defunct Patinack Farm for four seasons until 2015. The son of Shamardal (Giant’s Causeway) has proved successful in Australia, siring 15 stakes winners in the country, headed by four Group 1 winners, Santa Ana Lane, Vega Magic, Vega One and Gytrash, who will shoot for Everest (1200m) glory this weekend.

Catalogued as Lot 1123, the filly is out of the placed Redoute’s Choice (Danehill) mare Wynola, while further back this is the same family as Group 1 winner Turtle Bowl (Dyhim Diamond), Group 2 scorer Turtle Bow (Turtle Island) and Age Of Aquarius (Galileo), who won at Group 3 level.

It was no surprise to see First Light Racing and Busuttin and Young make a play for the filly, having enjoyed success with another daughter of the stallion in the shape of See You In Spring, who has won three of her six starts headed by victory in last season’s Without Fear Stakes (Listed, 1050m).

See You In Spring is one of two stakes winners in Australia for Siyouni, with Group 2 Aylmerton the other.

At the time of going to press, a colt by Little Avondale Stud shuttler Time Test (Dubawi) was leading the way at the third and final session of Book 2 of the Tattersalls October Yearling Sale yesterday after SackvilleDonald – who were signing the docket on behalf of King Power Racing – purchased the youngster for 400,000 guineas (approx. AU$740,249).

Catalogued as Lot 1193, the colt is out of the winning Rainbow Quest (Blushing Groom) mare Aurelia, making him a half-brother to four winners, headed by Oaks (Gr 1, 1m 4f) placegetter Harlequeen (Canford Cliffs).

The colt was offered by Joe Foley’s Ballyvolane Stud, having been purchased by Foley, under the guise of Otilia, for 56,000 guineas (approx. AU$103,634) at the Tattersalls December Foal Sale in 2020, making him the most expensive foal by the stallion last year.

“He has been very popular this week, he had 20 ‘vets’, he is an amazing horse, he has never missed a beat all week,” said Foley.

“Since we have had him he has been amazing. He is a special horse, the best we have ever had. His attitude, his presence, he is a ‘wow ‘horse. He was a lovely, quality straightforward foal, very well produced by the National Stud – there is a reason he was the dearest Time Test foal.

“There are some that are nice foals who come back as nice yearlings, but he has done better than we thought. It has developed and he has improved the whole way through.”

Foley is a regular pinhook buyer, but this debut venture under Otilia was slightly different.

“Otilia is myself and three friends, it is the first one we have pinhooked together. We wanted to take a punt on the stallion and we knew he’d cost a few quid. We thought that, if he did not work out, with three of us involved the pain wouldn’t be too much. It was a fair throw for him as a foal, we were taking a punt on him as a stallion, but sons of Dubawi have done well.

“Time Test has had a great year, he looks very good, his stats are good – I will definitely be using him next year! He will be very popular with breeders.”

Earlier on in the afternoon, a colt by Haunui Farm shuttler Ribchester (Iffraaj) proved popular at the sale, with the Hong Kong Jockey Club eventually parting with 350,000 guineas (approx. AU$647,640) for the youngster.

Catalogued as Lot 1099 and offered as part of the Barton Stud draft, the colt is out of winning Raven’s Pass (Elusive Quality) mare Vitello, the dam of Andreas Vesalius (Caravaggio), who has one once and also placed at Group 3 level.

Further back the colt hails from the same family as Listed winner Ghyraan (Cadeaux Genereux).

Ribchester began his covering duties in the southern hemisphere at Darley’s Kelvinside base, before being relocated to Haunui Farm in 2020 to fill the void left by his sire Iffraaj (Zafonic) after he ceased shuttling duties.

Ribchester – who has sired 13 first-crop winners in the northern hemisphere – is standing at the New Zealand nursery for a fee of NZ$15,000 (plus GST).

Late on in the session, Craig Rounsefell of Boomer Bloodstock paired up with David Redvers to buy a filly by Tweenhills Stud shuttler Zoustar (Northern Meteor) for 100,000 guineas (approx AU$185,091).

Catalogued as Lot 1233 and offered by New England Stud, the filly is out of Listed-placed Compton Place (Indian Ridge) mare Button Moon, making her a half-sister to two winners.

The daughter of Zoustar was one of two purchases for Boomer yesterday, with the agent also teaming up with DB Racing to purchase a colt by Lope De Vega for 100,000 guineas (approx. AU$185,091).

Catalogued as Lot 1216 and offered by the Castlebridge Consignment, the colt is out of winning Sea The Stars (Cape Cross) mare Blue Paraiba, who is herself a daughter of Group 1 winner Germance (Silver Hawk).