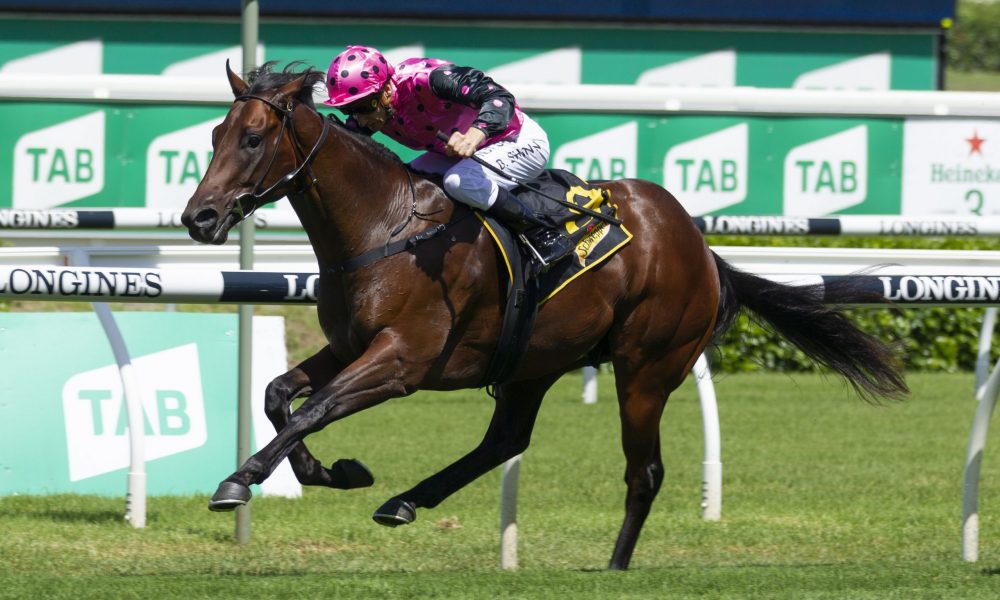 John Thompson has only accepted with one juvenile for the Golden Slipper Stakes (Gr 1, 1200m) and he, $180,000 Magic Millions Gold Coast Yearling Sale purchase Mamaragan (Wandjina), made quite the impression at Randwick on Saturday when taking out the Skyline Stakes (Gr 2, 1200m) on debut.

Having settled outside of the leader under Blake Shinn, who was deputising for Thompson’s go-to rider, the suspended Nash Rawiller, Mamaragan travelled strongly off the good early tempo.

Showing an attitude that belied his inexperience, the promising two-year-old fought well in the closing stages, producing a sustained bid down the outside to take the lead at the 200-metre marker and beat Osamu (Exceed And Excel) by a length and a quarter.

“The sky’s the limit. You saw today he was very raw in front,” Thompson said post-race. “He didn’t know what to do but he will improve a lot from the run. I’m sure he will do well, he is a good-doing colt with a great attitude and it’s exciting.”

Mamaragan is a $15 chance with TAB for the Golden Slipper, run at Rosehill on March 21.

The win was a landmark success for Newgate Farm stallion Wandjina (Snitzel), the 2015 Australian Guineas (Gr 1, 1600m) hero, who was siring his first stakes winner. He covered just 16 mares at a fee of $22,000 (inc GST) last year.

Mamaragan is one of three named foals, all of whom have won, out of the five-time winner Forbidden (General Nediym), who herself is a half-sister to the Group 2 winner and Group 1-placed Son Of Maher (Al Maher) and dual Listed scorer Dance With Her (Al Maher).

Since foaling Mamaragan in 2017, Forbidden produced a foal by Flying Artie (Artie Schiller) in 2018, who subsequently died, while she missed to the same stallion this year. She has a weanling filly by Foxwedge (Fastnet Rock) on the ground.