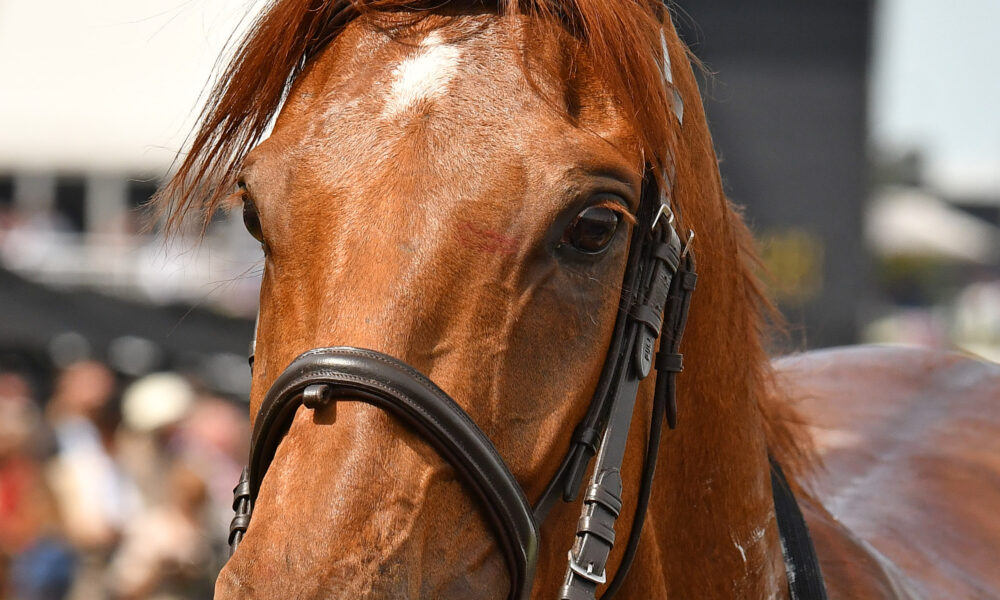 His victory did much to boost the spirits of Australia’s smaller and hobby breeders whose numbers have decreased dramatically in recent years due to economic factors, including rising stallion service fees, and the increasing dominance of large, commercial studs.

Queensland resident Paul Lansky, breeder of Vow And Declare, has only two broodmares but uses the professional advice of agent Sheamus Mills to plan matings and also the services of farms such as Kitchwin Hills to care for his stock. Happily as it has turned out, he kept Vow and Declare after the now gelding was passed in for $45,000 with a $60,000 reserve at the 2017 Inglis Classic Yearling Sale in Sydney to which he was consigned by Kitchwin Hills.

A third foal, Vow and Declare is out of the useful racemare Geblitzt (Testa Rossa), bought as a yearling by Paul Lansky for $20,000 at the 2008 Gold Coast Magic Millions Sale before racing with success in both Brisbane and Sydney to win five races up to 1400m, earning close to $97,000.

The first foal of Geblitzt, born in 2013, is the gelding Lycurgus (Star Witness), a very smart performer for the Danny O’Brien stable in Melbourne and a winner of six races from 1100m to 2500m to date, including the MRC Galilee Series Final (Listed, 2400m) and $442,655 in prize-money.

When Vow and Declare was passed in at auction, Paul Lansky approached members of the group which race Lycurgus, among them Geoff Corrigan, and a number of family members to form a new syndicate to race the son of Declaration of War (War Front) with Danny O’Brien.They must now be thrilled they became involved with the winner of Australia’s most coveted race and to be sharing in the $5,722,690 he has earned to date.

After Lycurgus, Geblitz produced the placed filly Blitz’n’Magic (Magic Albert) in 2014 before Vow and Declare was born the following year but the mare’s 2016 colt by Stratum (Redoute’s Choice) died. A sister to Lycurgus by Star Witness (Starcraft) arrived in 2018 and she is to be offered as Lot 329 at January’s Magic Millions Yearling Sale at the Gold Coast in the Widden Stud consignment.

This spring Geblitz has foaled a filly by Shalaa (Invincible Spirit) and been bred back to American Pharoah (Pioneer of the Nile).

We wrote about Vow and Declare’s sire Declaration of War, a multiple Group 1 winner, in yesterday’s ANZ Bloodstock News when profiling his 2019 Victoria Derby (Gr 1, 2500m) winner Warning.The former Coolmore shuttler, now standing in Japan, has some pretty impressive statistics with five Group/Grade 1 winners among a total of 24 stakes winners from his early crops in Ireland, the United States and Australia which have given him a high 7.4 per cent stakes winners-to-runners.

Twice a winner as a two-year-old in France, Declaration of War was essentially bred for speed but was at his racing best at around 1600m to 2000m though was never tried over longer distances.

Vow and Declare comes from a family of high quality tracing back to the famous “flying filly” Mumtaz Mahal (The Tetrarch) but breeding buffs will be scratching their heads as to from where the gelding has derived his stamina. My guess is that the source may be via Old Vic (Sadler’s Wells), sire of his third dam Young Vic, a mare with little racing ability.

As you will see from the catalogue pedigree printed here, Young Vic is an excellent producer but while her superbly–bred sire was a disappointment at stud, he was outstanding as a racehorse, winning in 1989 both the Prix du Jockey Club (Gr 1, 2400m) and the Irish Derby (Gr 1, 1m 4f), two stiff tests.