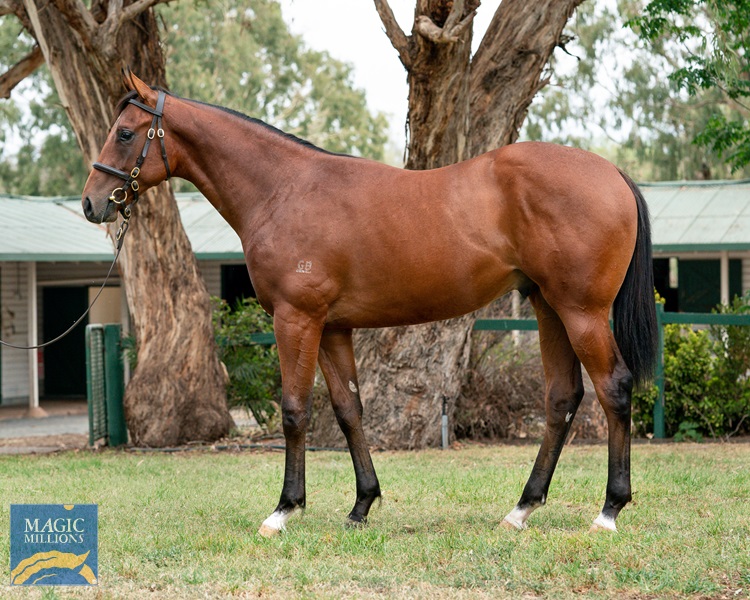 High-priced colt Military Expert (Redoute’s Choice) was able to piece it all together on his third career start, recording a maiden win at Newcastle on Saturday in impressive style.

The victim of a pair of wide barriers, as well as bumping into some smart, well-bred types on his first two starts, the $1.1 million yearling colt from the penultimate crop of Redoute’s Choice (Danehill) made no mistake in a maiden handicap for the colts and geldings over 1200 metres, going on to win by three-quarters of a length from the similarly blueblooded Godolphin homebred Retrieval (Medaglia D’Oro), a brother to stakes winners Multaja and Veranillo.

Military Expert ran second on debut, revved up from barrier eight to sit outside an overzealous leader, but stuck to his task to go down under a length to the swooping King Of Sparta (I Am Invincible), while it was a similar story when running fourth at Rosehill on July 24.

However, allowed to sit behind the front two at Newcastle, a more mature, now three-year-old Military Expert eased off heels and dispatched his rivals under Brodie Loy, with winning trainer Annabel Neasham suggesting the Ming Dynasty (Gr 3, 1400m) could be his next target.

“He is a tough horse and it was only his third start. I will see how he recovers and we may head to the Ming Dynasty,” she said.

“This horse may need some head gear to keep his mind on the job.

“Military Expert works like a stakes horse at home and I am convinced he will in the future get there.”