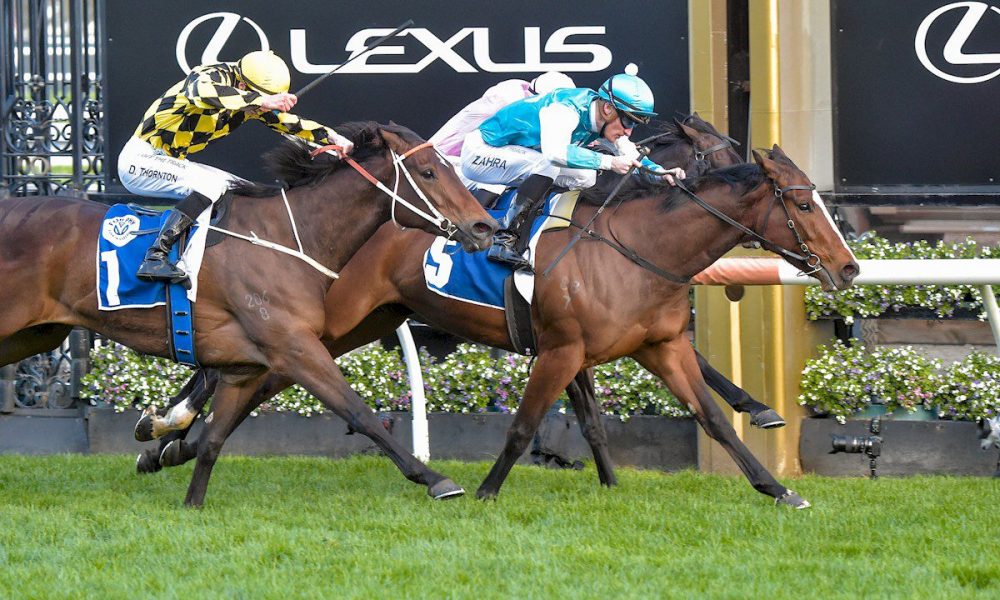 Dan Morton has the glint of gold in his eyes as he seeks to get his hands on some of the added riches to be won at Western Australia’s revamped The Pinnacles carnival, principally via tomorrow’s Winterbottom Stakes (Gr 1, 1200m) at Ascot.

Elite Street (Street Boss), the winner of the 2020 Winterbottom and third in last year’s race, and his stablemate Kissonallforcheeks (Written Tycoon) will represent the Morton stable in the Group 1 sprint.

The pair are then set to clash in the Gold Rush (Gr 3, 1400m), the new $1.5 million race aimed at keeping eastern state horses in Perth for an extra fortnight and provide a further incentive for Western Australia’s best horses.

“I think it’s great, everybody’s up and about [for the carnival],” Morton said yesterday.

“It’s been a while coming, but it’s been a good initiative by the club and hopefully it’s a springboard for bigger and better things moving forward.”

Elite Street ($6), who won his two starts during a cameo Perth autumn campaign, resumed with a closing fourth behind Winterbottom rival This’ll Testya (Testa Rossa) in the Colonel Reeves (Gr 3, 1100m) a fortnight ago.

Brad Parnham, Elite Street’s regular jockey, was on board on that occasion and maintains his association tomorrow.

“A couple of things didn’t go right for him. He slipped out of the gates and got himself a bit wound up through the first half of the race but he was OK,” Morton said of Elite Street’s first-up run.

“He was beaten a long way, but his sectionals were good, so that puts him back into race mode and he’ll strip fitter for this one.”

The trainer added: “There’s a bit of an eastern states flavour to the Winterbottom again this year, so it is a good even race, I think.

“We’ve got this one [Winterbottom] and the new race two weeks later for him, so pretty much all the eggs are in one basket and that’s what we’re aiming at.”

Kissonallforcheeks, who won the Shaftsbury Avenue Handicap (Gr 3, 1440m) for Morton during an eastern states campaign, remained in Victoria for the spring under the care of Flemington-based trainer Nick Ryan.

“I am excited to have her back. She looks great, too,”  Morton enthused.

“The boys did a good job over there and she’s come back in really good shape. She looks like a happy horse. Back on her home digs I expect her to go well.

“The 1200 metres is the shorter end of the scale for her, but I wouldn’t write her off. She is a high-end mare and is very capable.”

The five-year-old has been with Morton for about a fortnight, having made the trip from the East with Winterbottom rivals such as Rothfire (Rothesay), Vilana (Hallowed Crown), The Astrologist (Zoustar) and Beau Rossa (Unencumbered).

“We had to get her from Melbourne to Sydney and then on the plane across, so she stayed in work for a week after the Empire Rose and then we put her in the paddock for a week and then she got back here, so she’s been back in the swing of things for two weeks. She looks good to me,” he said.

“The aim was to get her back for the Winterbottom and the Gold Rush, the two weight for age races tick the boxes for her.”

Longer term, Morton has also set his sights on The Quokka (1200m), Western Australia’s $4 million 14-horse slot race which was announced in September and is to be run at Ascot on April 15 next year, with Elite Street and Kissonallforcheeks.

“The stable bought a slot just to syndicate through our stable clients, so we will be excited about the opportunities going into that.”