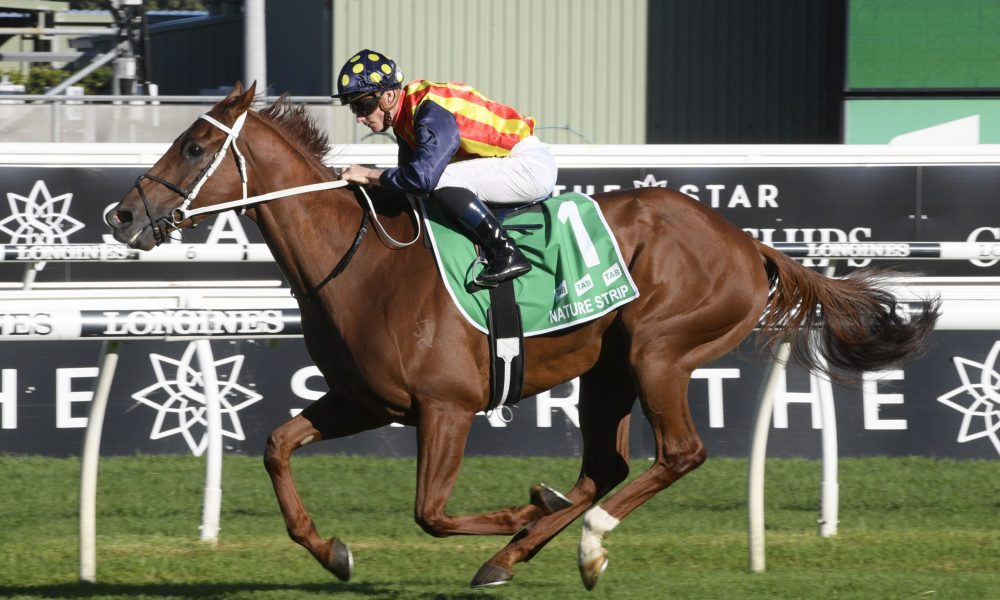 After James McDonald rated Nature Strip (Nicconi) through a steady first 200 metres, the outstanding sprinter then clocked brilliant sectional times that would have tested any opposition in taking out Saturday’s T J Smith Stakes (Gr 1, 1200m) at Randwick.

Following some challenging moments, the leading combination of trainer Chris Waller and jockey James McDonald have hit upon a formula to bring out the best in Nature Strip and this fourth Group 1 victory was a perfect example.

Generally considered the fastest horse in the country, Nature Strip’s brilliance has proved hard to harness, with the gelding often going too fast too soon.

The speed machine now seems to have adapted a fresh approach and as long as McDonald can get him to relax through the earliest part of the race, Nature Strip can then produce mid-race fractions that have his opposition struggling to keep in touch.

After beginning well from his inside barrier (1) on Saturday, McDonald took his time before a now seemingly obedient Nature Strip drove through to retain the lead after clocking a moderate 13.30 for the first 200 metres.

He then ran along at a quick tempo from the 1000 metres, held a clear advantage on turning for home and he was not seriously threatened from that point on, scoring comfortably by two lengths in 1:11.18 for the 1200-metre journey.

In the Doncaster Mile (Gr 1, 1600m), a strong early pace played into the hands of the backmarkers with the $41 winner Nettoyer (Sebring) coming from last in the 20-runner field to claim victory, her first at Group 1 level.

In addition, the mid-race pace was quite hectic (from the 1400m to the 400m) which resulted in that 1000–metre section clocking 59.65 – those factors telling on runners closest to the pace, for example the leader Quackerjack who finished 18th.

The runner-up Star Of The Seas (Ocean Park) came from back in 16th place and the third-placed Brandenburg (Burgundy) made ground from eighth.

An examination of the pace in the Doncaster Mile also added merit to the performance of the favourite Melody Belle (Commands), who endured a wide trip under her equal top-weight of 57 kilograms before finishing (1.4 lengths) fourth.

He was suited by a strong tempo set by the leaders and a patient ride by Hugh Bowman paid dividends with the colt’s stamina coming to the fore by overhauling Prague (Redoute’s Choice) to win by a half-length in a time of 1:26.46 on the Heavy 8 track.

King’s Legacy looks suited to further still while the times suggest that Prague staged a very good effort as he was forced to work from the outside barrier (12) and then travel outside the leader clocking a mid-race 1000 metres in 59.75 before failing by only a half-length.

Earlier in the day, the Team Hawkes-trained colt Doubtland (Not A Single Doubt) impressed on the watch in taking out the Kindergarten Stakes (Gr 3, 1100m) to remain unbeaten after two starts.