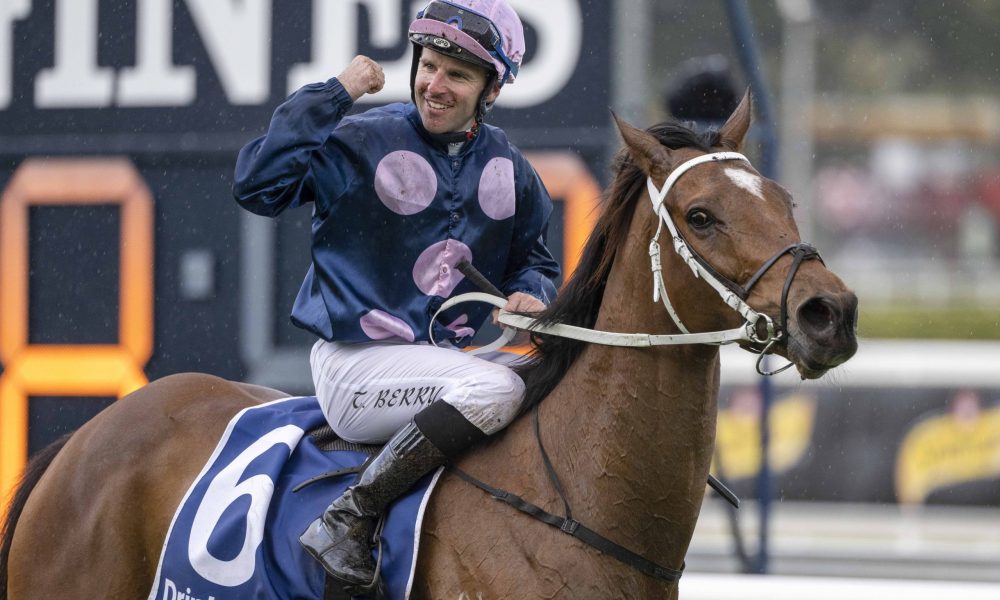 For almost 150 years, a host of great Australian cricketers have worn the baggy green with distinction. And now that iconic sporting symbol is being represented on another field through a smaller but exceptional band of equine athletes who are honouring its name.

The Baggy Green in question this time is not a piece of headwear, but a broodmare who might be taking on a different hue, staking a claim for regard as a blue hen.

The daughter of Galileo (Sadler’s Wells) has had five foals to race and now boasts two Group 1 winners amongst them. The outstanding, quadruple top-level-winning mare Tofane (Ocean Park) was joined last Saturday by her fellow Curraghmore Stud product No Compromise (Pins), through his tenacious win in The Metropolitan (Gr 1, 2400m) at Randwick.

On top of that, after Baggy Green was sold by Curraghmore to Valachi Downs, she produced as her fifth foal the emerging four-year-old Benaud. Superbly named along a cricket theme by part-owner Louis Mihalyka – he’s a grey by Reliable Man (Dalakhani) – Benaud narrowly missed becoming Baggy Green’s second Group 1 winner when a long neck second in Hitotsu’s (Maurice) ATC Derby (Gr 1, 2400m) and but for a medical mishap would have been sent off the likely favourite for Saturday’s Metropolitan. But he’s now an $11 equal-third favourite to come in at number three, by winning next week’s Caulfield Cup (Gr 1, 2400m).

There’s a good bit of green elsewhere in the story, and it’s served a purpose in the breeding of not just No Compromise but Tofane as well.

The humble Cunningham insists the green of New Zealand, with its famed limestone-rich soils, have played just about the major part in that success, along with some of the luck famously linked to his countrymen.

“I’m certain what comes out of the ground on our farm gives our horses a great start,” he tells It’s In The Blood. “But I also know how fortunate we are that, like No Compromise, so many of our top achievers have been brilliantly trained.

“I’ve been very fortunate, very lucky. I’m proud to have established our farm amongst many of the good producing farms,” says the man who was last year honoured by the Irish Thoroughbred Breeders’ Association’s Wild Geese Trophy, recognising success amongst the Irish diaspora.

“I just really appreciate what we’ve got here and the ability for breeders far and wide across every part of New Zealand to breed good horses. That’s the most important thing. It might be Curraghmore’s week one week but everybody gets a turn.”

What Cunningham’s Irish roots contribute to this story in particular is the fact he could spot a potential broodmare prospect perhaps given less credence by others in Australasia.

In 2013, he went to the Inglis Australian Bloodstock broodmare sale and purchased Baggy Green off the track, from the Bowness Stud draft – for just $23,000. Bred by Linley Investments of NSW and Ireland’s Chelsaus, she’d been a dud on the track. A Goulburn 1600-metre maiden was the only race win her body could achieve in 11 starts, but Cunningham loved the blood in her veins.

For starters, her sire Galileo, Coolmore Ireland’s recently passed titan, had just won his fourth British and Irish champion sire title. There may have been some excuses for Baggy Green’s lesser ability as she was the first foal of her dam, but the female line was rich and getting richer.

She’d arrived in Australia in utero, carried by Starspangled (Danehill). She, too, was moderately performed, boasting one win over 1700 metres in Ireland, but she was seriously bred – by the great Danehill (Danzig), out of the super British mare User Friendly.

Cunningham isn’t certain his close following of racing and breeding back home was advantageous in his buying of Baggy Green.

“I don’t know about that. A lot of these northern hemisphere pedigrees have worked down here, but a lot of others haven’t,” he says.

“And Galileo – he was doing well as a stallion back home, but he’d shuttled down here from the Northern Hemisphere and hadn’t achieved a great deal here.”

It’s spooky to think, since he won 12 titles in Britain and Ireland, but after standing five seasons in Australia from 2002-06, Galileo’s best general sires’ ranking here was 19th in 2010-11, one of only four top-30 finishes.

Starspangled was User Friendly’s eighth foal. Her year-younger full sister was Downtown, who won a Group 3 at Cork to become her dam’s only stakes winner. That’s not enormous, but Cunningham’s buy of Baggy Green came just as the female family was about to explode.

The female line has spun some pure gold. Youngstar and Funstar – snapped up as yearlings by Anton Koolman Bloodstock for $200,000 and $80,000 – sold as broodmares for $1.4 million and $2.7 million, bought by no lesser judge than Katsumi Yoshida.

All up, that’s four broodmares for the best part of $9 million – some sort of vindication for Cunningham’s sniffing out of that $23,000 bargain, Baggy Green.

“She’s been a phenomenal producer, and it’s terrific that Kevin Hickman and Valachi Downs could follow in her journey.

“When I bought her, I wasn’t really worried about her racing record. It was all about affordability, and maybe the fact she didn’t have great form on the track gave me the opportunity to buy her blood.

“But equally, over the years we’ve had a number of mares that weren’t necessarily top performers on the track and they’ve produced well beyond their pedigrees. That story’s consistent with many a horse that’s come from New Zealand – look at Verry Elleegant. It’s an amazing place to breed racehorses.”

Cunningham also pays credit to former Waikato and Valachi pedigrees maven Gareth Downey for advising him to put Baggy Green to Pins (Snippets) to produce No Compromise, a mating which affected a very clean pedigree, with only Northern Dancer (Nearctic) repeated in the first five generations (5Sx4Dx5D).

No Compromise was a $40,000 pick up at 2018 Karaka Book 1 by Bill Thurlow, who ultimately sent his now six-year-old gelding across the Tasman to Chris Waller. He’s now a $26 hope in a Caulfield Cup in which Baggy Green could have two key runners, with Benaud the other.

“I was very pleased with what came out. He was a lighter sort of Pins, a horse who as he matured improved in his movement. And now to see him with a Group 1, you can see he’s been very well developed by Chris Waller, and it’s great to see.”