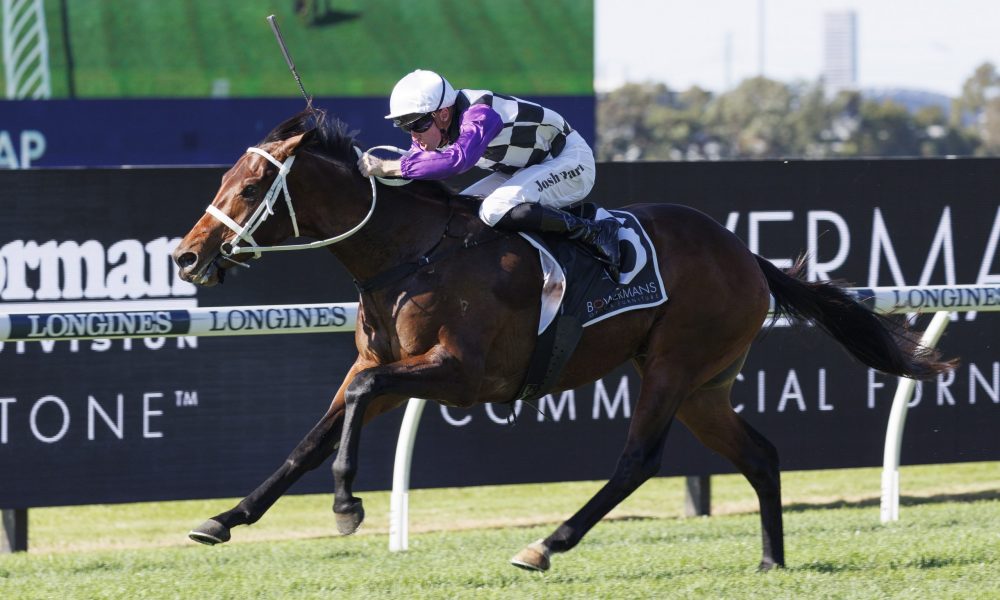 Polina Osipenko and Marina Raskova received heroic status in the former Soviet Union when the two women, along with Valentina Grizudubova, set a new record in 1938 as co-pilots for the longest non-stop plane journey operated by women when flying between Moscow and the Sea of Okhotsk.

The trio were awarded the highest military distinction – The Hero Of Soviet Union – and, while the Chris Waller-trained equine namesake, a son of the US-bred mare Raskova, has not yet reached such lofty recognition, Osipenko took flight at Rosehill on Saturday to win in commanding fashion on debut and earn the accolade of ANZ Bloodstock News’ Maiden of the Week.

Having had three trials, the latest when second behind Melbourne Premier sale topper Pyrois (Written Tycoon) – who flopped as the $1.55 favourite on debut at Newcastle on Saturday – the son of Pierro (Lonhro) was sent off a $14 chance for champion trainer and jockey Josh Parr.

However, he defied those double-figure odds to run out a three-and-a-half-length winner of the 1300-metre two-year-old handicap to defeat stablemate and last-start winner Madame Pommery (No Nay Never).

Despite his price, the win was not a surprise to those who have been closest to him.

“The stable has a nice wrap on Osipenko so it was great to see him get the job done on debut,’’ Waller’s assistant racing manager Damien Fitton said.

“He is typical of the Pierro breed, they take a bit of time so we just looked after him early days.

“Since he has come back in he has strengthened a lot. He still has a lot of growing to do, but he is a lovely colt.’’

“So typical of the Pierro breed, I have a lot of luck with them with the likes of Shadow Hero,’’ Parr said.

“This colt has a lovely big stride, he has a good attitude albeit he was a bit green today.

“He travelled really well behind the speed but interestingly enough, from the 600 metres to the 400 metres, he lost his way slightly.

“But once he balanced up, found clear air and I asked him for a full effort, he responded really well. He could make the grade.’’

Osipenko was a $160,000 buy for Chris Waller and Kaha from the Valachi Downs draft at New Zealand’s premier yearling sale last year.

He is the second named foal out of the British-raced Raskova, a Listed runner up over a mile and a quarter, with a pedigree steeped in stallion-making prowess.

Raskova is a close relation to Darley’s late Shamardal (Giant’s Causeway), with the mare a granddaughter to Helsinki (Machiavellian), dam of the champion sire and sister to two-time elite-level winner Street Cry (Machiavellian).

Raskova has a weanling colt by Ten Sovereigns (No Nay Never) and was put in foal to Darci Brahma (Danehill) last year. She will be offered as part of the Valachi Downs dispersal sale on Gavelhouse Plus which launches on June 17.