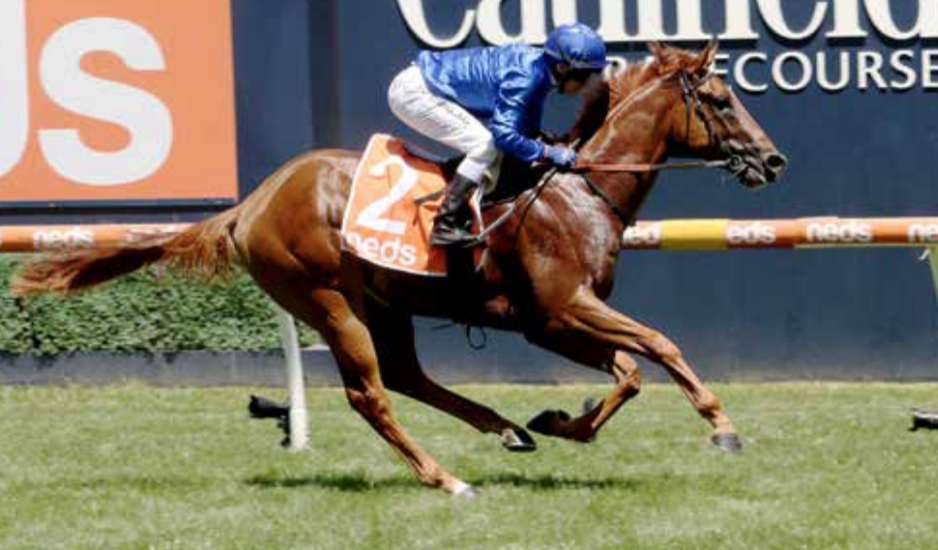 After being trapped deep from his outside barrier (11), Luke Currie rode patiently and settled Hanseatic just beyond midfield (deep with cover) before making a wide move nearing the home turn.

The talented colt then showed a great turn of foot, dashed to the front at the 200 metres and drew away to win easily by two and a half-lengths from the Robbie Griffiths-trained Glenfiddich (Fastnet Rock), with the Lindsay Park-trained Fixated (Hinchinbrook) back in third.

The victory resulted in the Anthony Freedman-trained colt, who is unbeaten in two starts having won the Merson Cooper Stakes (Listed, 1000m) at Sandown Hillside on debut on November 16, becoming the favourite for the Blue Diamond Stakes (Gr 1, 1200m) at Caulfield on February 22.

The fillies’ division of the Blue Diamond Preview (Gr 3, 1000m), resulted in an all-the-way win for the Ciaron Maher and David Eustace-trained A Beautiful Night (Night Of Thunder), who actually clocked 0.21 seconds faster for the 1000-metre journey than Hanseatic, but not faster closing sectionals.

The quicker overall time was due to A Beautiful Night running the first 200 metres of the race (from the barrier) in 13.10, while Hanseatic clocked 13.77 when eased back in that early part having been caught deep.

After beginning smartly for John Allen, A Beautiful Night travelled comfortably in the lead before grabbing a break at the 200 metres. She then showed gameness in holding off a late challenge from the Peter and Paul Snowden-trained Fresh (Fastnet Rock) to score by a long-neck.

Another juvenile to perform well over the weekend was the Godolphin-raced Valaquenta (Street Boss), a half-brother to their Group 1 winner Kementari (Lonhro), who made a successful debut in the Moonee Valley Plate for two-year-olds (1000m) on Friday night.

The James Cummings-trained colt did really well in winning and overcame difficulties after being shuffled back. He was conceding the leader about six lengths nearing the home turn before rider Damian Lane managed to switch him into clear running.

Valaquenta then responded well and grabbed the lead in the closing stages to record a very good win, scoring with something in hand by a short-neck from Spirit Of Giving (Bel Esprit) – who also showed talent on debut – in a time of 59.48.

At Saturday’s Randwick meeting, the Peter and Paul Snowden stable continued their great run of juvenile success with attractive colt Rulership (I Am Invincible) recording an impressive victory in the opening race, the Two-Year-Old Handicap (1000m).

Racing on debut Rulership, a $900,000 purchase at the 2019 Magic Millions Gold Coast Yearling Sale, displayed impeccable manners. After beginning smartly, he went to the front and travelled nicely at quite a good pace before dashing clear at the 200 metres.

Post-race, Peter Snowden confirmed that Rulership would now go to Melbourne where his target is the Blue Diamond Stakes. The TAB have the colt as their $8.00 second elect behind Hanseatic, who is the dominant favourite at $3.50