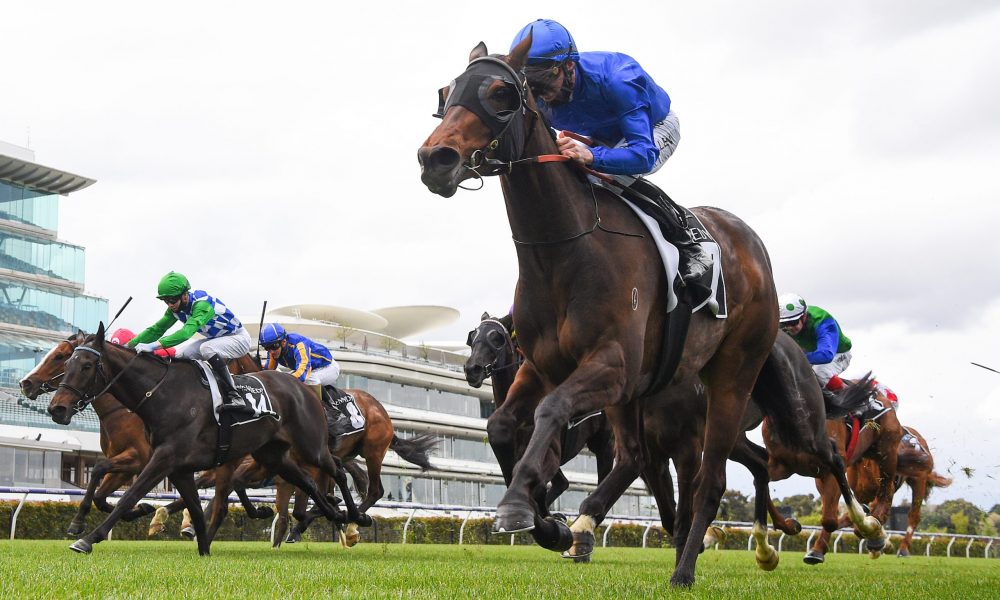 It may have taken Pensato five starts to score her first win, but she looks to have emerged a legitimate VRC Oaks (Gr 1, 2500m) contender after her win in the Kennedy Oaks Trial (1800m) at Flemington on Wednesday.

The Oaks Trial, along with its Derby equivalent, has only been run since 2017 but it has already proven to be a reliable guide to the blue riband event in early November.

The first Oaks Trial winner, Pinot – a daughter of Pierro (Lonhro) – went on to add the Oaks six weeks later, while 2018 heroine Greysful Glamour (Stratum) finished a game second in the main event.

Perhaps the Pierro connection will once again prove potent, as Pensato is a sister to the five-time Group 1 winner and successful Coolmore stallion.

Unlike Pierro, who was sold by Darley as a weanling, the James Cummings-trained Pensato was retained by Godolphin and, unlike her brother, she has not shown the same precocity.

Finishing fifth and fourth at her first two starts as a juvenile, both times over 1000 metres, she returned this preparation with a second of five over 1216 metres at Moe on a heavy track. She appeared more at home on top of the ground when third, beaten only a neck, in a 1300-metre maiden at Geelong earlier this month.

Sent out the $3.80 favourite on the back of heavy late support, Pensato raced outside the leader under John Allen and never really looked in much danger. Upon straightening, she raced clear with a short, sharp dash that quickly saw her put three lengths on the field.

While her rivals tried to chase her down, it was in vain. At the line, Pensato had a length and a quarter on the Danny O’Brien-prepared Salto Angel (Sacred Falls) with Mike Moroney’s Star Of Eden (Wandjina) desperately clinging on to hold third in a photo over her stablemate Yatton (Savabeel); the pair were a length and a half behind the winner.

“It was a nice way to break her maiden here at headquarters in a nice race,” Godolphin’s Melbourne representative Sean Keogh said. “We’ve found a nice trip for her and we always knew she had a turn of foot and was a nice style of filly that is impeccably bred, but whether she had the lungs to stay was a bit of a question mark.

“But she’s ticked that box now and James can decide where she’ll be at, but I think she will be well suited to ten-furlong races.”

The TAB shortened Pensato into $15 from $51 for the VRC Oaks, to be run November 5 at Flemington.

Pensato is the eighth named foal out of the Daylami (Doyoun) mare Miss Right Note, a winner at Chantilly in France as well as on Randwick’s Kensington track in Sydney.

Following in Pensato’s footsteps is a two-year-old named Backstreets (Street Boss), a yearling colt by Impending (Lonhro), while she missed to Lonhro (Octagonal) last year.