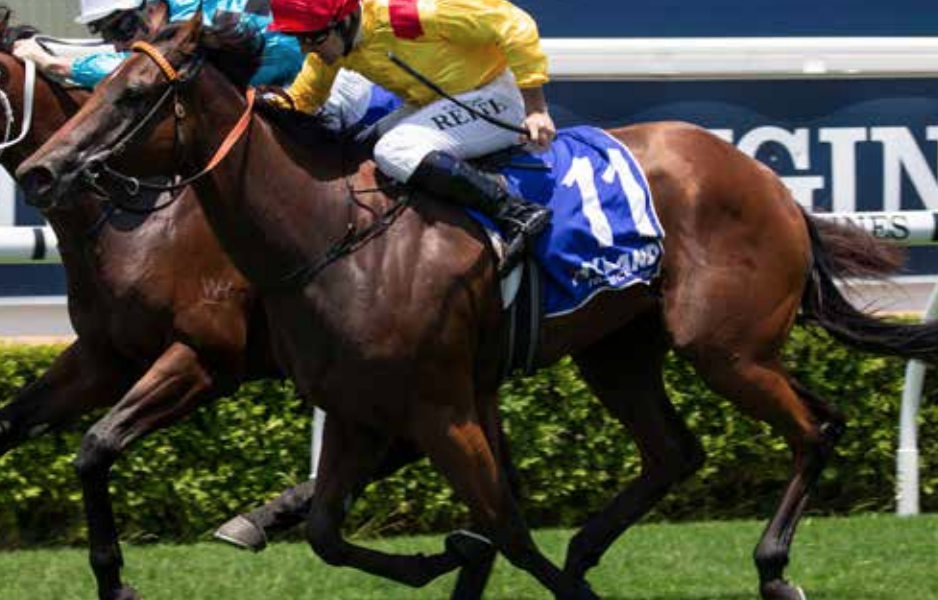 The Anthony Cumming-trained Phlizzy staged an impressive performance in winning on debut.

She was eased back from barrier eight and settled in second last position in the nine-runner field, tracking a fast early pace before improving into the home straight.

The two-year-old filly then sprinted well, challenging the leaders at the 100 metre mark and finished off nicely to grab a narrow but very good win. She looks like a filly with a bright future.

Westbury Stud offers a sister to Philizzy, catalogued as Lot 791, set to go through the ring tomorrow at the Magic Millions Gold Coast Yearling Sale.

Arrowfield’s champion sire Snitzel has 57 lots catalogued at this year’s Magic Millions Yearling Sale and is the third highest grossing sire after two days of selling at the Gold Coast.