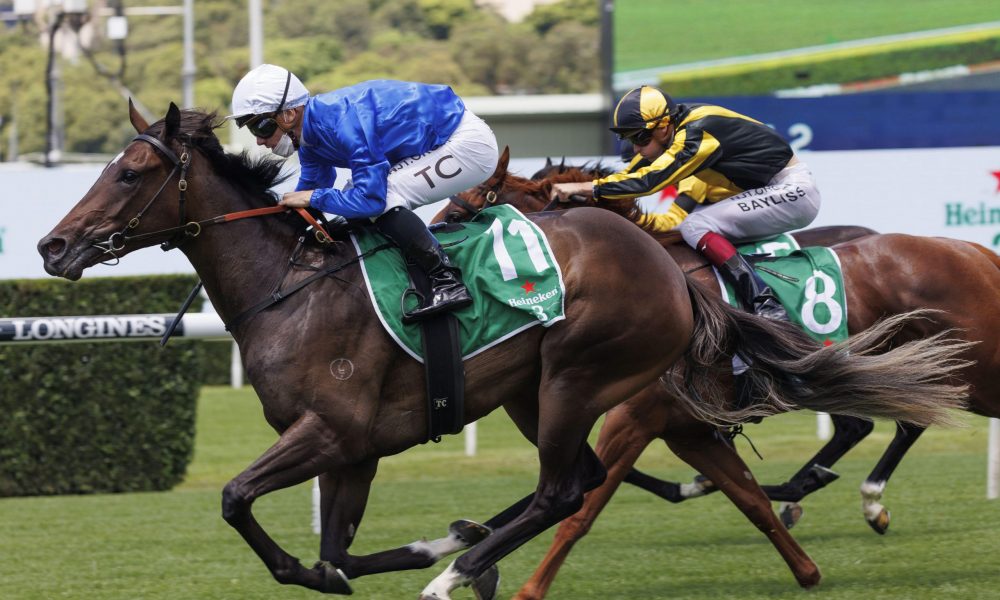 James Cummings and Godolphin will be hoping Plymstock (Ribchester) can add a second victory and first stakes triumph to his CV when he lines up in the Dalrello Stakes (Listed, 1000m) at Eagle Farm on her third career start.

The two-year-old filly made a smart winning debut at Randwick on January 22, coming home a length in front of Deep Expectation (Deep Field), who franked that form when she shed her maiden status at Muswellbrook yesterday. Plymstock was most recently seen finishing seventh in the Darley Lonhro Plate (Listed, 1000m) on 5 February.

“Her half-brother (Trekking) ran in the Golden Slipper, but it all became a bit much for him on that occasion but is a multiple Group 1 winner now,” James Cummings said after that debut success.

“She is a valuable filly for us and the farm so I think we will tread carefully. It will be interesting to see when we put a little more pressure on her.”

Plymstock is the third winner from the first four foals to race out of the Redoute’s Choice (Danehill) mare Outdoor, whose career as a broodmare started in striking fashion as she foaled the multiple Group 1 winner Trekking (Street Cry).

The winner of both the Stradbroke Handicap (Gr 1, 1400m) and Goodwood Handicap (Gr 1, 1200m), Trekking has contributed over $5.8 million in prize-money to Godolphin and has long been a solid backbone for the operation.

Outdoor is a daughter of the three-time Group 1 winner Serenade Rose (Stravinsky) and she produced three foals before dying in 2011. Meanwhile, Outdoor has a yearling filly by Street Boss (Street Cry) and also visited the Darley stallion again last year.

Plymstock is by multiple European Group 1 winner Ribchester, who stood two seasons at Darley in 2018 and 2019 and has now replaced his own sire Iffraaj (Zafonic) at Haunui Farm, standing at the New Zealand nursery since 2020.