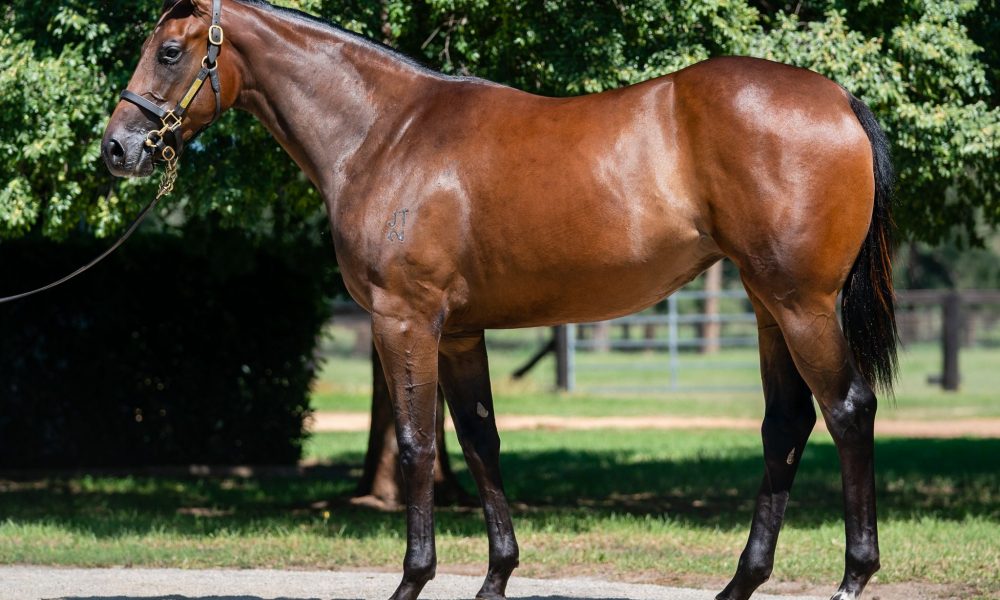 The Chris Waller-trained Pretes (Zoustar) got off the mark at the fifth attempt on Wednesday when scoring a dominant success in the XXXX Dry Maiden Plate (1650m) at Doomben, an impressive display which sees the filly named Maiden of the Week.

Ridden by Ben Thompson, the three-year-old filly settled towards the rear of the field from her outside draw in 12 before making a quick move to race outside the leader at the 800-metre mark.

Gaining the upper hand shortly after turning for home, Pretes then drew away to score in promising style under Ben Thompson, winning by five and a quarter lengths over Enterprise Jewel (Husson) with Maple Door (Sebring) a further three-quarters of a length back in third.

Pretes was stepped up in trip to 1650 metres for the first time in her career, with this her second racing preparation. Having finished seventh at Canterbury first up, she was sent north to Grafton at her last start, finishing second, a precursor to her dominant win in Brisbane.

Bred by Qatar Bloodstock, who owned her Widden Stud sire Zoustar (Northern Meteor), Pretes was a $180,000 purchase out of the Widden Stud draft by Commendable Bloodstock at the 2020 Inglis Australian Easter Yearling Sale. She races in the silks of Orbis Bloodstock.

The third foal out of the winning Fastnet Rock (Danehill) mare Bryony, Pretes is a half-sister to the dual Group 3 winner Sansom (Charm Spirit) and to Werribee two-year-old maiden winner Chichibu (Charm Spirit).

Bryony returned to Zoustar last year on a September cover and is due to foal next month.