Prima Park to expand services after joining forces with Miller 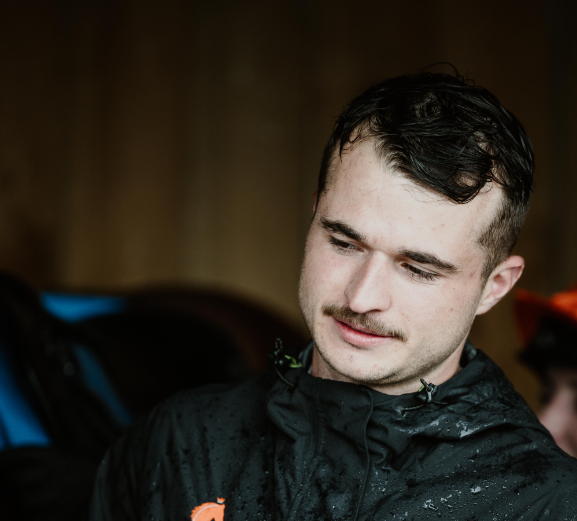 Miller, who educated Prima Park’s trio of Inglis Ready 2 Race juveniles to be sold in Sydney next month, will maintain his trainer’s licence in partnership with Mason Stevens, but he will become an employee of Van Dyk’s under the new arrangement.

Van Dyk said the addition of Miller would allow Prima Park to offer its clients “the full package” of services.

“Dan and I got talking one day and put our heads together and came up with the idea for us to join forces,” Van Dyk told ANZ Bloodstock News yesterday.

“The staffing shortage in the industry has also probably played a bit of a part in that. It’s hard to get decent staff and Dan, with his ready-made team coming on board with us, just made sense really.”

Miller, 25, is excited about the future which allows him to mix training and educating horses, with the assistance of Van Dyk and the Prima Park facilities.

“It’s pretty hard for a young person like me to run a profitable business racing horses alone, so the more we can expand what we do, the better it is for everyone,” Miller said.

“It is something that I’ve always liked doing, educating the younger horses, and I think if you do it properly there’s an opportunity to make money selling horses.”

The Van Dyk-Miller combination breezed up a Ribchester (Iffraaj) colt and geldings by Per Incanto (Street Cry) and Written By (Written Tycoon) at Cambridge on Monday for the Inglis sale while ten two-year-olds will be offered under the Prima Park banner at the New Zealand Bloodstock Ready to Run Sale at Karaka in November.

“We’ve always offered a really nice draft of ready-to-run horses, but we’ve had to outsource the breaking and pre-training of them to various different preparers over the years. To be able to keep that all in-house from now on, I think is going to be a huge benefit to us and our clients, with someone like Dan at the helm of it,” Van Dyk said.

“We proved that this week with the way our horses breezed up for the Inglis Ready 2 Race Sale where Dan was solely in charge of their preparation and it couldn’t have gone better. He’s done a fantastic job with that.”

Miller initially broke-in and prepared the Mick Price and Mick Kent Jnr-trained I’m Thunderstruck (Shocking) with his training partner Mason Stevens, winning a two-year-old barrier trial at Te Aroha in July 2020, before the gelding was sold to Australia in a deal brokered by Kiwi agent Phill Cataldo.

Since arriving at Price and Kent Jnr’s stables, I’m Thunderstruck has won seven races, two of them at Group 1 level, as well as landing the $7.5 million Golden Eagle (1500m) last October.

The talented trainer began his career in racing as an apprentice jockey with Te Akau Racing as a 15-year-old, before increasing weight saw him take a hands-on role under trainers Stephen Autridge and Jamie Richards after a two-year stint riding as a jumps jockey.

“I started an apprenticeship with Te Akau when I was 15 and I got too big pretty quickly, so I rode over the jumps for a couple of years and then I had enough of that, so I ended up working for Te Akau for probably eight years and ended up travelling a lot of their horses to Aussie and all over the place,” Miller said.

“That’s probably what I base my training on. Stephen Autridge and Jamie Richards, they’re pretty good at what they do, so I copied their base model and added a few things of my own.”

While with Te Akau, which included extended campaigns in the South Island at Riccarton, Miller looked after the likes of Group 1 winners Xtravagant (Pentire), Embellish (Savabeel) and champion mare Avantage (Fastnet Rock) during the early part of her two-year-old career.

Prima Park, which is located on 50 acres near Waikato Stud, has developed a state-of-the-art facility in the heart of Matamata with an 800-metre training track, round yard, horse walker, a 20-horse barn and fenced with stallion rail.

The business has also taken on the lease of 12 boxes at the Matamata racecourse, just five minutes away, which will allow Stevens and Miller to continue to operate a boutique stable of racehorses while also providing the option to have horses educated from the racecourse if required.

“We’ve got quite a few nice horses coming up as well as a couple of older horses that are performing well, so I am still definitely keen to keep a finger in the racing side of things,” Miller said.

“There’s nothing like training a winner, but it is pretty hard to make it all work. Mason, who I train in partnership with, he’s really keen on the racing, so it’s a good opportunity for him to take more of a senior role in that aspect and I’ll be overseeing it.”

The Inglis Ready 2 Race Sale is at Riverside Stables in Sydney on October 11.