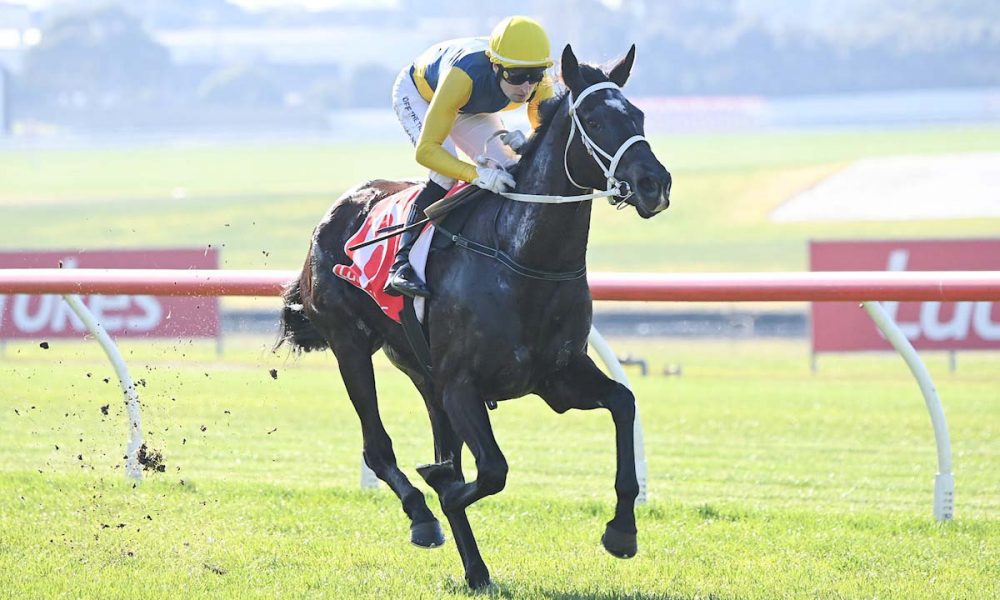 The Trent Busuttin and Natalie Young-trained impressive debut winner Proscenium Arch (So You Think) will aim to take her record to two wins from two starts when she lines up in the VRC Member Damian Cubela Plate (1400m) at Flemington today.

Proscenium Arch was sent straight to the front by Craig Newitt on her debut at Sandown-Hillside on July 20 and eased clear in the run for home to beat her stablemate Guru Ram Das (Reliable Man) by three and three-quarter lengths.

“That was great, she has shown us a lot at home and she really let down nicely,” Young said after the race.

The Cranbourne-based co-trainer also said that the daughter of Coolmore stallion So You Think (High Chaparral) may continue into the spring alongside the runner-up.

So You Think finished a narrow second to I Am Invincible (Invincible Spirit) in the race to be crowned last season’s champion sire in a campaign that featured a number of talented rising three-year-olds. Coolmore will be hoping they form the bedrock of a renewed challenge from the sire-son of High Chaparral (Sadler’s Wells) as the 2022-23 season gets underway.

“They might carry on into spring,” Young said. “We’ll push them through to their next run and if they hold up, they do, and if they don’t, we’re always big on giving fillies time if they need it.

“It would be nice to point them towards the spring, but in the next month or so we’ll give them a little let-up and hopefully get them through. It’s nice to have a little bit of quality in the stable.”

Bred by Cambridge Stud’s Brendan and Jo Lindsay, along with Tweenhills owner and managing director David Redvers, Proscenium Arch was a $220,000 purchase for her trainers in conjunction with Clarke Bloodstock out of the Maluka Thoroughbreds draft at last year’s Inglis Melbourne Premier Yearling Sale.

She is the first foal out of It’s Our Showtime (Showcasing), a $150,000 purchase by Cambridge Stud with David Redvers and Bruce Perry, who is a half-sister to the New Zealand-bred Railway Stakes (Gr 1, 1600m) winner Inspirational Girl (Reliable Man).