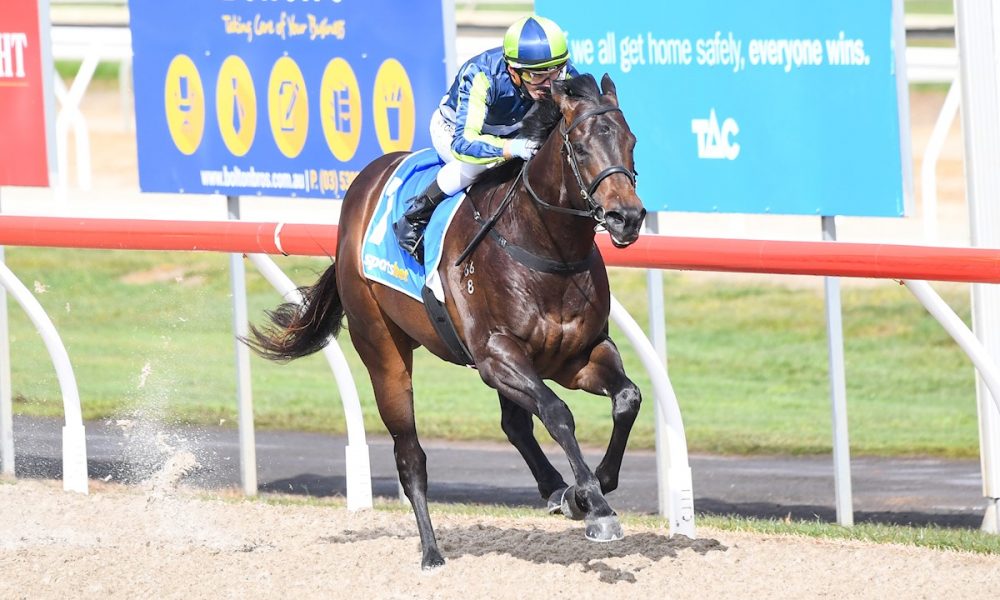 3 c Deep Field – She Chose Me by Foxwedge

A Deep Field (Northern Meteor) colt made heads turn at Ballarat on Monday after Red Hawk demolished his opposition to win by a resounding six lengths on debut in the maiden plate over 1000 metres, with the manner of victory enough for co-trainer Tony McEvoy to tout him as a potential Coolmore Stud Stakes (Gr 1, 1200m) contender.

Sent off the $1.45 favourite to score after an emphatic win at the Ballarat jump-outs on August 3, Red Hawk gave his backers an initial scare after shifting out after jumping from the widest gate, but he soon showed blistering speed to hit the front, and never looked back, stretching clear under Luke Currie, who never fully switched to top gear.

“I think he’ll figure in some nice races in the spring,” said Tony McEvoy in the aftermath of the race. “Will he end up running in a Coolmore (Stud Stakes)? I don’t know. We’re going to give him the opportunity and he’s pretty good.

“He’s a horse we love but of course there’s butterflies when you bring a really good-quality colt to the races that he doesn’t make any mistakes. We just needed to see that on game-day pressure and I was suitably impressed with him.”

Purchased by McEvoy-Mitchell Racing and Belmont Bloodstock for $260,000 from the Newhaven Park draft at the Inglis Classic Sale, the colt has a pedigree to live up to, being out of a half-sister to dual Group 1 winner Zipping (Danehill).

He is a further notable runner out of a Foxwedge (Danehill) mare who, after so far leaving four Group 1-winning fillies as a sire, can count six winners as a broodmare sire, including black-type siblings Diabolic (Dark Angel) and McManaman, and impressive metropolitan winner Bourbon Flyer (Flying Artie), as well as Monday’s winner Red Hawk.

Red Hawk races in the colours of Seymour Bloodstock, who acquired the colt after he became available as a young horse.

“I had an ownership change in this horse recently through a deceased estate so I just want to say a big thank you to Mark Pilkington and Darren Thomas of Seymour Bloodstock and Wayne Mitchell, who is my business partner, and Cameron Arthur as they stepped up and said ‘We’ll buy this colt’,” McEvoy said.