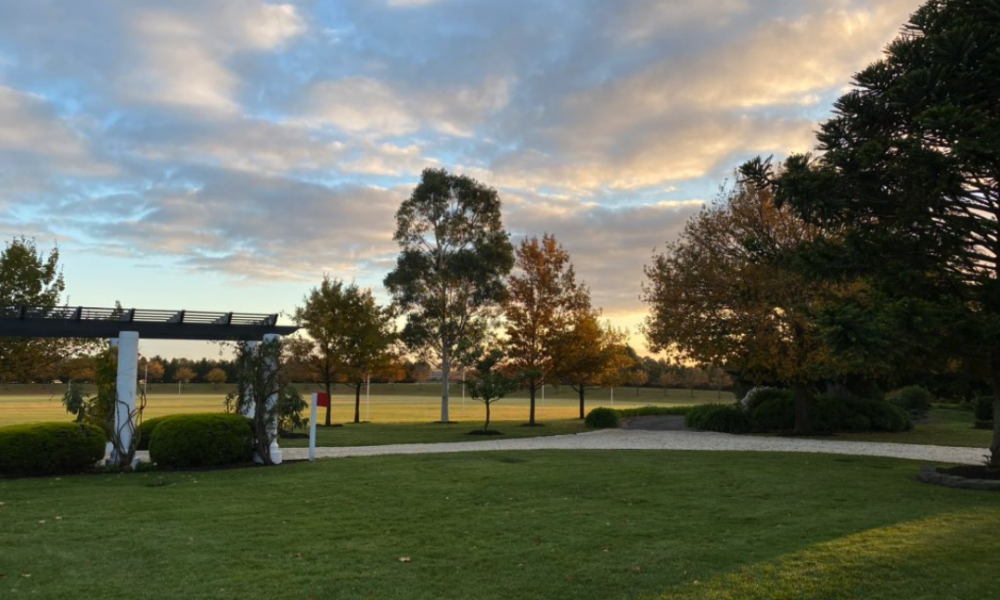 Next week’s unreserved Rosemont Exclusive Online Sale, comprising a 93-lot draft of weanlings and commercial broodmare prospects being offered on the Magic Millions platform, could provide further proof of the rapid evolution of the Australian market and its willingness to embrace technology.

On-property inspections continued at Victoria’s picturesque Rosemont Stud yesterday ahead of the opening of bidding on Monday, the second online auction to be held by Magic Millions after a successful introduction to the digital format with Cornerstone Stud earlier this month.

Melbourne-based Damon Gabbedy of Belmont Bloodstock is one agent who has taken the chance to inspect the Rosemont draft of horses in their home environment.

“They are very organised down there. The weanlings come out and, bang, there’s 40 of them and they are pretty efficient (in parading them),” Gabbedy said yesterday.

“It’s actually quite pleasant going down to a stud like Rosemont. It’s convenient for me rather than having to fly to Sydney or the Gold Coast.”

Gabbedy believes the industry has been displaying remarkable confidence and appetite to reinvest in stock despite the wider economic impact of the coronavirus pandemic, and he expected that sentiment to remain in the coming months at the various live and online breeding stock auctions.

“Obviously it’s a cautious time and people are a bit guarded, but the recent broodmare sales … have gone really well and held up well, so I think that’s given everyone a bit of confidence,” he said.

“We were all a little nervous about what the values were and how they were going to be affected but I don’t think they’ve been affected too dramatically. Initially, when all this was happening, people were thinking that the mare prices were going to drop by 50 per cent, but you can still sell quality.

“Maybe it’s got a bit tougher in the bottom end, but I think we know what the market is now and we’re going all right.”

Gabbedy is also impressed by the quality of the stock he has seen at Rosemont, with a Written Tycoon (Iglesia) weanling filly (Lot 37 https://www.magicmillions.online/sale/267/Rosemont-Exclusive-Online-Sale-(Unreserved)-25-26-May/listings/168/Unnamed.html) capturing his attention.

“They’ve got a pretty good line-up. There’s a beautiful Written Tycoon filly out of a stakes-winning mare. She really caught my eye, but they’ve put a good even draft in across the board,” he said.

“There’s a good one like her as well as a Zoustar, an Exceed And Excel and then there’s different levels down, so I would say there’s something for everybody.”

Among those inspecting the Rosemont draft recently include Ciaron Maher, agent Andrew Williams and a number of other interstate industry participants.

“It’s been brilliant really and we’ve had more numbers than we forecast that we would, particularly given the times we are in,” said Rosemont Stud general manager of bloodstock Ryan McEvoy who joined the Victorian operation earlier this year after a long stint at Widden Stud.

“We’ve been responsible as possible and had plenty of people come out to the farm. We’ve stagnated the parades so we don’t have a huge group at any given time. It’s been all hands on deck in the past week and a half with parades.

“The enquiries we’ve had via the phone and on email, they have been double and triple the amount of foot traffic we’ve had on the farm. It’s been overwhelming.”

McEvoy’s appointment at Rosemont also coincided with the federal and state governments’ decision to clamp down on people movement and order the closure of a number of business sectors.

But the pandemic and resulting chaos helped Rosemont commit to embarking on an on-farm online sale through the recently launched Magic Millions platform.

“Covid has given us a chance to pause and reflect on the numbers that we do have here at Rosemont and, I suppose like any business, it has been a chance to review where we might be a bit top-heavy in,” McEvoy continued.

“There were a number of factors in addition to that, like the risk involved in transporting up to 40 to 50 weanlings to a sale; the risk of transporting pregnant mares is certainly there as well.

“The wheels were in motion for this exclusive sale pre-Covid back in January, but the actual format of the sale had only really been agreed upon and solidified in the last three to four weeks.”

McEvoy predicted that the number of mares traded online would only continue to grow.

“Fundamentally, I can see the online platform serving a far greater purpose, particularly with broodmares. I certainly appreciate that there’s a real touch a feel approach to the yearling and weanling market,” he said.

“Given the advancement in technology and the filming and videography and the level of information that studs can provide, I think the buyers can get a pretty good handle on a mare via an online platform.

“It’s going to be a big part of our future in selling bloodstock here in Australia.”

Magic Millions managing director Barry Bowditch was optimistic about a strong online buying bench being active on Monday and Tuesday.

“Feedback on the number of inspections so far has been really pleasing and, more importantly, with what they are seeing,” Bowditch said.

“People are going down there and finding horses that they like. From there, we’re hoping that the engagement in the sale is fulfilled because the quality of stock has appeal all over Australia, New Zealand and Asia for those wanting to buy trade colts, to buy mares in foal to consistent-performing and leading sires and take them home (and foal them down).

“There’s opportunities to be made to make a lot of money out of this catalogue.”

The adoption of the online market was also reinforced yesterday after the release of the 613-lot Inglis Digital Online Sale, the largest catalogue of horses offered by the company.

Magic Millions is also expanding its online reach and is currently taking entries for its first open online auction, to be held from June 2 to 4.

“We’re excited to be able to, in early June, hold our first public auction. The platform’s working really well thus far with the Cornerstone sale and the timing’s there now to open it up and engage with our clients and give them the opportunity to sell on our platform,” Bowditch said.

“So far, entries have been really solid for the sale.”